Putting Angelenas on the Map 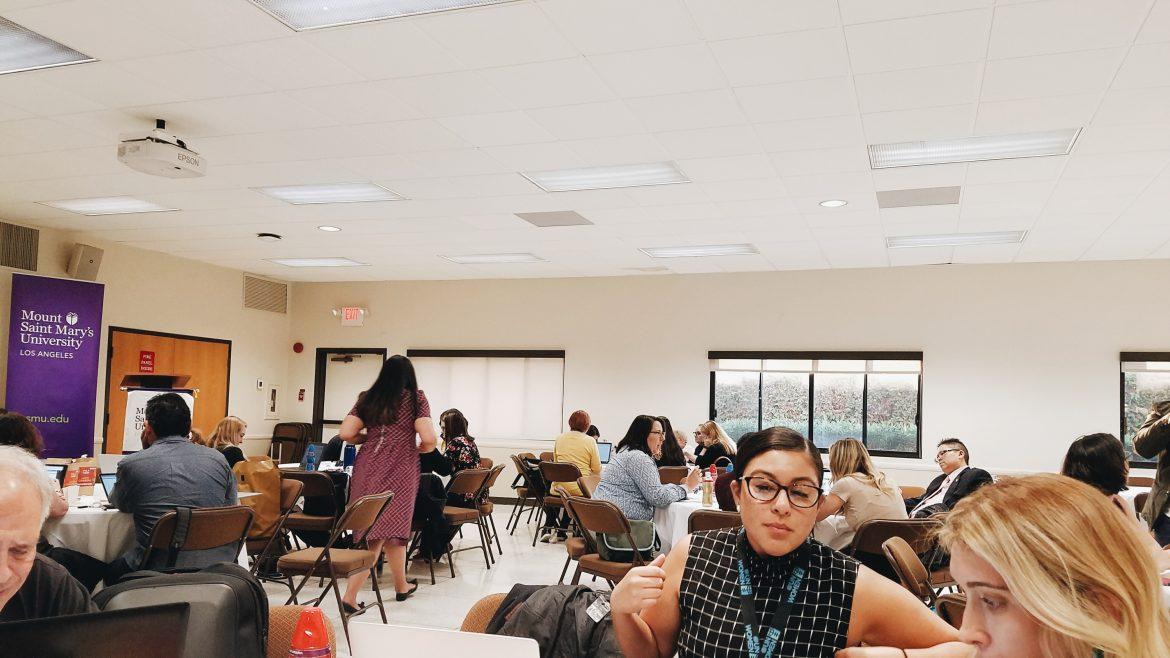 The City of Los Angeles and Mount St. Mary’s University came together in an effort to address the lack of women representation within the existing names of the city’s landmarks and in doing so, through extensive research, have begun the process of increasing how significant women throughout history will be memorialized.

Mayor Eric Garcetti and the First Lady have made gender equity a priority while being in office. Mayor Garcetti signed an Executive Directive titled Gender Equity in City Operations which calls for all departments to complete gender equity action plans and appoint gender equity liaisons to identify disparities that exist in the workforce, city contracting and city services.

“Women are not on display for their historic achievements in our city,” Emerald Archer, director of the Center for the Advancement of Women at MSMU, said. “Only 8 percent of places, buildings and monuments are named after them.”

The correlation between these subpar data results and women representation may not seem closely relevant but Caroline Menjivar, one of the members of Mayor Garcetti’s Gender Equity Team, disagrees.

“By displaying this recognition of predominantly men then it becomes a natural thing that only men accomplish great things, leaving women out of the story line,” Menjivar said. “For young girls, it makes a difference when they see a city councilmember, a firefighter, or a city statue who looks like them, especially if that woman grew up in their neighborhood or speaks their language.”

In 2017, BBDO New York, an agency network, launched a campaign to encourage cities across the U.S. to “put women on the map” by naming streets, statues and buildings after influential woman.

Now, the City and MSMU have partnered to bring this initiative over here and begun the necessary steps in building a catalogue of influential women, locations and milestones that can be added to and reviewed over time as reference for future naming suggestions.

The first event they put on was largely facilitated by Caroline on Wednesday, Mar. 21 at Mount St. Mary’s Doheny campus. Through a luncheon type of setting, participants were asked to access the Los Angeles Public Library archives of different time periods and influential women that could be considered being honored.

The interactive exercise at the event was open to anyone who RSVPed. It gave an opportunity to Angeleno residents, majority of them women themselves, to voice their opinions on who they saw fit to be recognized in their city.

“It’s important for women to have representation in Los Angeles, especially in this political climate,” Samantha Piedra, graduate student in social work at UCLA, said.

The city aims to choose an exemplary woman to dedicate and erect a statue in her honor by 2020, the 100th anniversary of the 19th amendment.