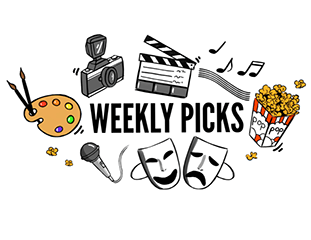 Argentinian-born, Korean American hip-hop star Dumbfounded will be performing in Orange County. Well-respected in the battle-rap community, Dumbfounded kickstarted his career in Los Angeles and has been featured in an article by the Los Angeles Times and an episode of “Adventure Time”.

Through the “Beer Adventures” app, the Los Angeles Beer & Brewery Tours take participants throughout Los Angeles to some of the most legendary Angeleno breweries and distilleries.

Food, music, and art is curated for the Long Beach community each first Friday of the month. Local artists and musicians will be present to promote their work. Free parking available at the Bixby Business Center

Japan Family Day at Santa Anita Park provides an opportunity to engage in Japanese culture. The world-famous equestrian racetrack hosts a series of booths that demonstrate different components of Japanese culture such as origami, sumo, and taiko.

Los Angeles County Museum of Art is free every second Tuesday of the month. See collections featuring artists such as Pablo Picasso, Rembrandt and Andy Warhol, as well as a rotating collection of temporary exhibitions.

Dilated Peoples member Evidence will be performing in front of a sold-out crowd as he promotes his new album, “Weather or Not”.

Electro-Pop duo Marian Hill will grace the stages of Hollywood, as they promote their new album “Unusual”. Proclaimed the “most Shazam’d band in America” by Rolling Stone Magazine, Marian Hill made waves last year after their song “Down” was featured on an Apple commercial.

Former VICE contributor and popular food critic Hannah Howard will be hosting a Q&A for her literary debut, “Feast: True Love In and Out of the Kitchen”. The story highlights her experiences working through New York City’s foodie scene while balancing body image acceptance.