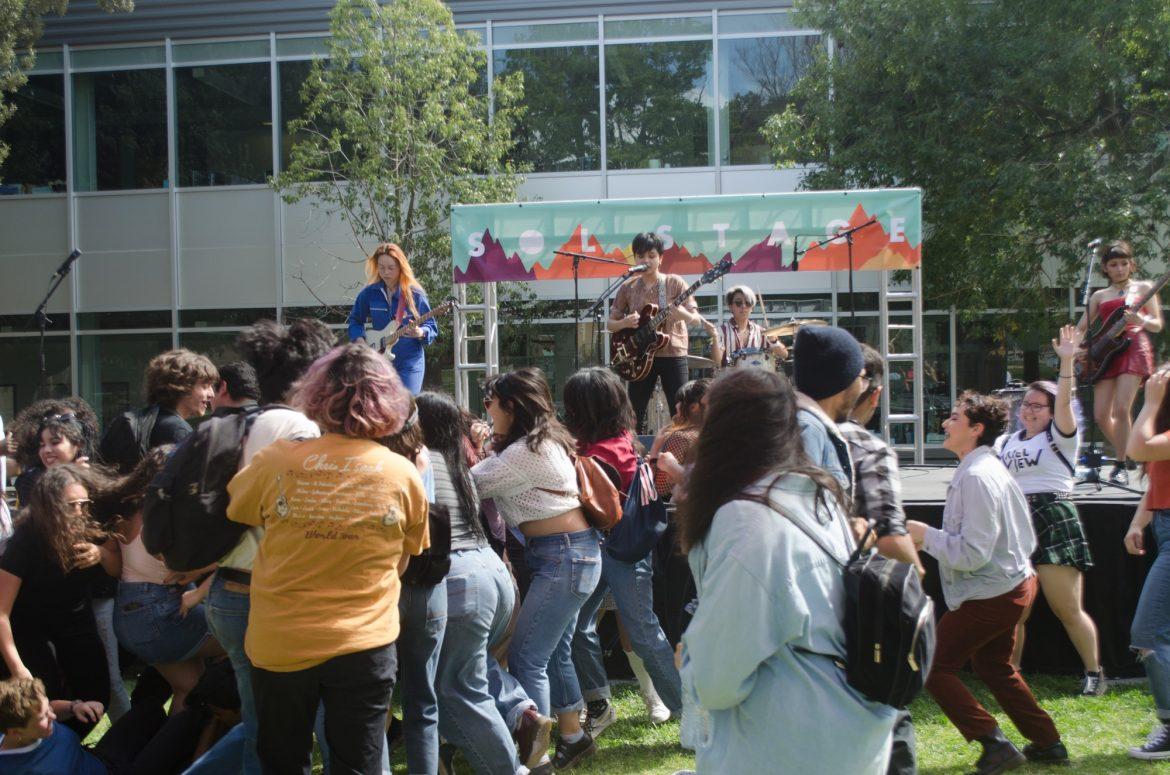 A full audience danced in front of the San Fernando Valley’s own indie-alternative, punk band Sad Park. Sad Park’s four members had only performed in backyards and indoors but never during a hot day, on an outdoor stage at a college campus.

Sad Park experienced the loud music, big crowds, people dancing with one another and heavy heat that surrounded the matador square at CSUN Associated Students’ first Sol Fest music festival Saturday. One of the members, Angel, described it as “sweet and sweaty.”

Sol Fest brought the valley’s local Indie alternative, punk and rock style bands to campus. Not only did this event bring CSUN students together but also the San Fernando Valley.

“The meaning behind Sol Fest was to bring the community together with a different type of music on campus that we haven’t had in the past and that we really don’t have at Big Show,” said Kira Paczkowski, program advisor for A.S. Productions. “With a totally different vibe, and feeling we wanted to incorporate student groups, local music from the San Fernando Valley area.”

A.S. Productions wanted to incorporate valley culture, Los Angeles culture and CSUN culture with a new crowd of students who were not coming to their events before because BIG Show is known for EDM and hip-hop. This event brought out a totally different group of students.

“I think it’s fun if you want to get to know local musicians, people your friends may not recommend you because they don’t know about them yet,” said Tayler Paz, a communications major and sophomore. “You can recommend them to other people and it helps spread local artist and gives them a platform for people who don’t know them.”

While bands were performing and crowds continued to dance, an art competition was taking place. Nine CSUN students participated with the chance of winning prizes. Even those who did not win still received a bag of art supplies from Blick Art Materials.

Rob Dutallas is not an artist but he felt good about expressing himself through words on the art wall. Dutallas wrote, “I miss you.”

“Well this is something I had not felt in a while and I just wanted to express it. I’m not a drawer or anything but I can at least write it because the feeling of missing someone is universal,” said Dutallas.