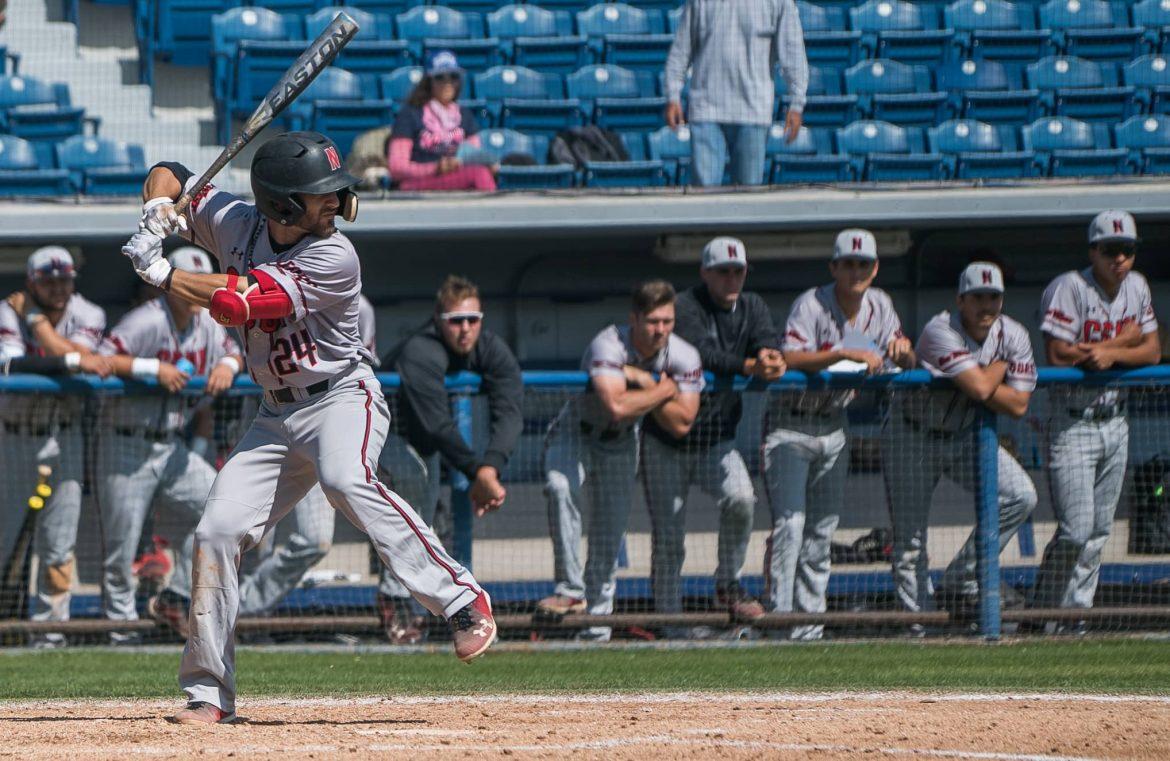 Infielder Alvaro Rubalcaba is watched by teammates as he readies to hit the oncoming ball during CSUN's second meeting with Pepperdine this season at Eddy D. Field Stadium on April 3, 2018. Photo credit: Jasper Harris

On Friday, men’s volleyball (13-10) will be playing their last home game of the season against UC San Diego at 7 p.m. The Matadors will be led by senior Arvis Greene, coming off a 48 kill weekend. No. 9 CSUN looks to pick up momentum before heading to the Big West Tournament next weekend.

Tennis is looking to continue their five-match win streak this weekend at home against Long Beach State. Alicia Dinkelmeyer and Mari Talagyan both have nine straight singles match wins and are looking for a 10th. Matadors have a record of 7-8 and are 3-2 in conference play.

Water Polo looks to rebound off their two losses and gain a win against UC Davis. CSUN is led by senior attacker Maddie Sanchez who is looking for one more goal to tie the program record. The regular season finale gets going in the pool at 12 p.m.