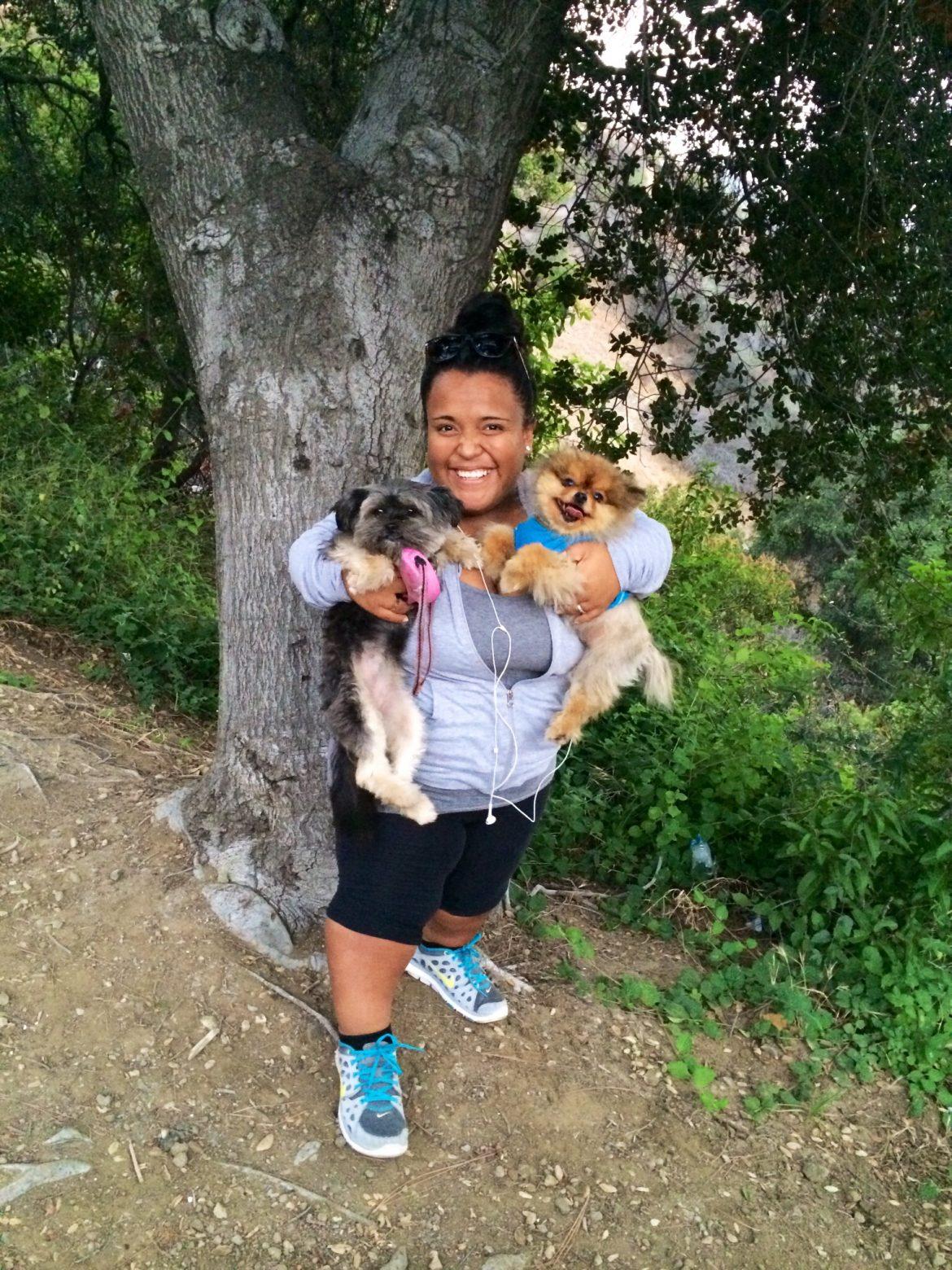 Sophomore Uziel Gomez, Major in Business Management- “I have one pet, and his name is Ghost. I have had him for over seven years now, and I love him very much. To me, National Pet Day is a great day to show appreciation to our pets. Ghost means a lot to me and I love taking care of him. He is very energetic and loving. He loves to give kisses, lick people, jump on them, and run around like crazy sometimes. I do my best to give him all the attention I can give him when I am at home. I enjoy playing with him, walking him around the neighborhood, and play catch. Happy to call him my dog.”

Junior Mayela Guerrero- “I have a few pets actually. I love animals especially dogs. I have a Pomeranian his name is Rocco. Then I also have Yorkie and half Maltese. Her name is Minnie. And last but not least is my new little addition Brady he’s a half Pitbull and half beagle. To me National Pet Day means many things. Growing up I have always enjoyed the company of a pet. Especially a dog. Throughout my life I have owned 5 dogs, I have enjoyed their amazing love, companionship and happiness. They have brought me so much blessings. There are sooo many things to share about my pets. One of the most important things that I am truly happy about is that I have never felt alone. I have gone through so many ups and downs. Coming home to someone who gives you that positive vibe can really help you. They have made such an amazing impact in my life.”

Sophomore Mary Chavez- “I only have one cat, and her name is Sweetie. She is such an attention whore, like she is amazing. She is really like a dog in a cat’s skin. As soon as you walk in the door she will run up to you, start meowing and rub all over you. I love my cat. I have had her for about two months, she is a rescue cat… I grew up with a lot of siblings and I shared my room with my sisters, so being on my own, like having my own room I got really lonely. I love cats so when I saw her I was kind of like, ‘oh I can have my own little roommate now, thought it was a good idea adopting her because I thought I could give her a nice home. I would like to have a kitten also, so my cat can have a companion, but that will be later.”

Danielle Galloway, Major: Political Science- “I only have one pet, and his name is Codie he is a Maltese mix. I have had him for 3 years now, so since he was a born. National pet day is just a reminder of how wonderful it is to have him in my life. He’s my best friend, as crazy that it sounds but he lifts me up when I’m down and today means that I get to honor him. My dog may seem like he’s mean cause sometimes he barks at people but in reality he is just protecting me.”