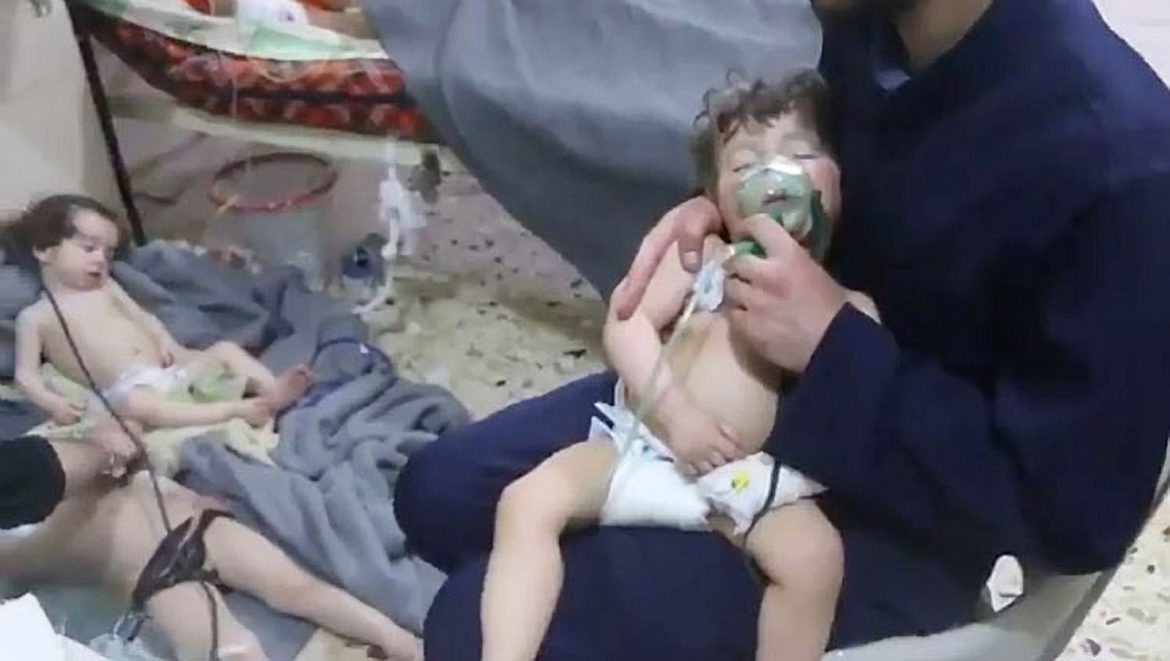 In this image made from video released by the Syrian Civil Defense, a medical worker treats a toddler following an alleged poison gas attack in the opposition-held town of Douma, in eastern Ghouta. The suspected chemical attack killed at least 40 people. (Syrian Civil Defense White Helmets/Zuma Press/TNS)

There has been increasing controversy over whether the international community should get involved in increasing violence in Syria, which recently culminated in a suspected deadly gas attack. Despite pressures to cease their support of the Syrian President Bashar al-Assad, whose regime is implicated in this violence, Russia has remained invested in the conflict due to a historical Cold War relationship, a push towards alliances and other factors.

On Wednesday, President Trump tweeted the following: “Russia vows to shoot down any and all missiles fired at Syria. Get ready Russia, because they will be coming, nice and new and “smart!” You shouldn’t be partners with a Gas Killing Animal who kills his people and enjoys it!” This was before meeting with his security team on April 12, which culminated with no final decision and will be followed with discussions with American allies.

Matadors, what is your opinion on this situation? Should the U.S. interfere with events in Syria? Do you believe a strike on Syria or conflict with Russia is imminent? Are the President’s tweets worsening or alleviating the situation?

In a paragraph or two, you are encouraged to submit your opinions below in the comments or by emailing opinion@csun.edu. Your response, and that of your peers, may be published online and in print on Wednesday, April 18. Please respond on or before Monday, April 16.