Seniors go out with a bang, win final game in the Matadome 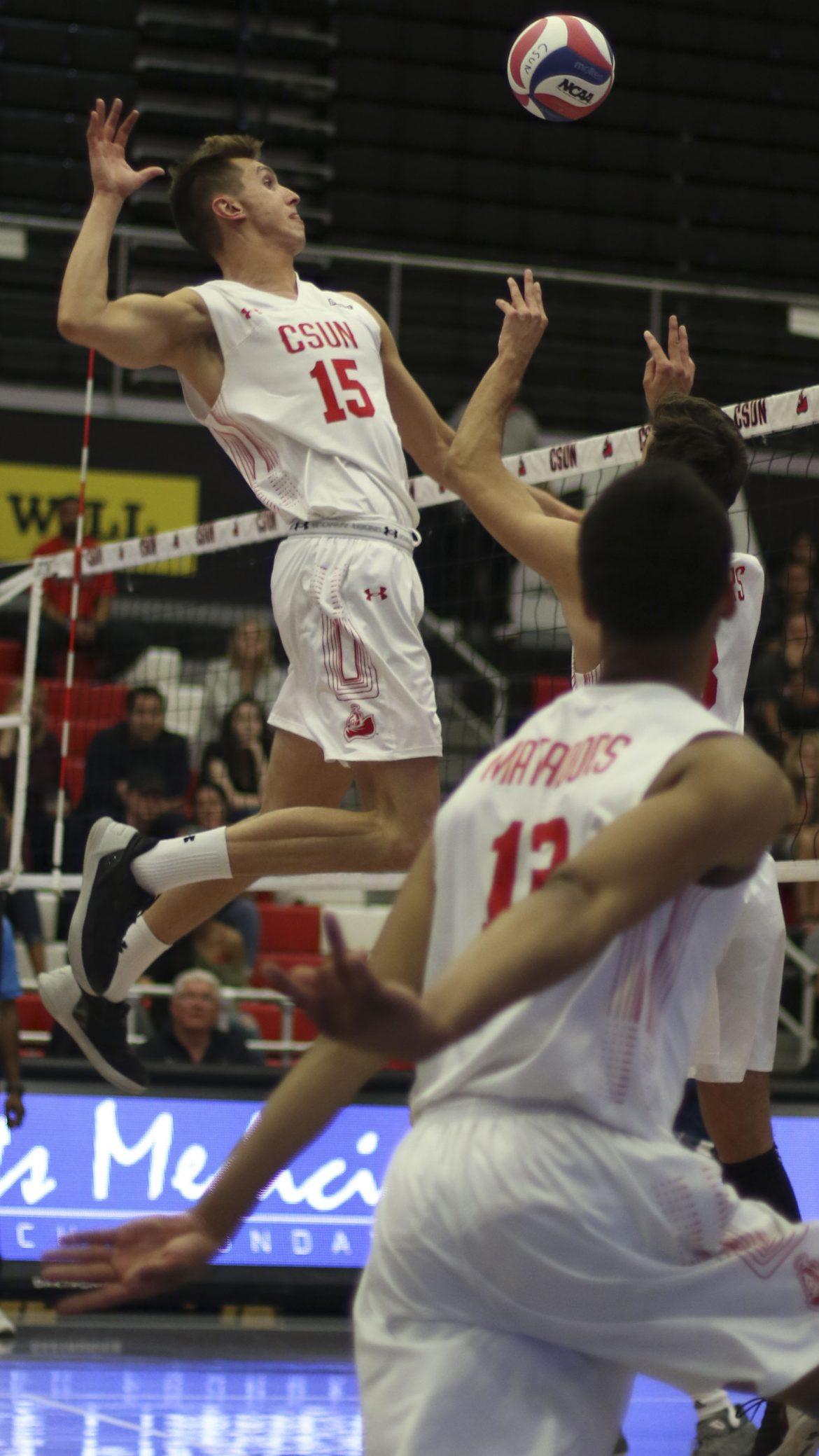 Eric Chance leaps above the net for a kill. Photo credit: Daniel Valencia

Looking to improve their seeding into the Big West tournament the Matadors won the first of two very important sets.

The first set had been back and forth having multiple ties keeping fans on the edge of their seat. The Tritons gained a two-point lead three different times in the set until the Matadors started their streaks, scoring five unanswered points ultimately giving CSUN the win.

In the second, there was more of a point deficit, the Matadors ended up winning the set by 11 points, readying the Matadome for a potential sweep.

The Tritons took a tough fought battle in the third 19-25, only to have the Matadors come back in full swing to close the match with a fourth set win of 25-17.

“The mindset for today was to go out and play tough from the beginning to the end of the game,” Greene said. “That and really wanting to win for senior night was our motivation for tonight’s game.”

Overall the Matadors led the Tritons in kills, aces, points and hitting percentage.

Byers hit two season-highs with 10 kills on .818 hitting, and Chance added nine kills as he and Byers combined for six blocks on the night.

“Our middles played great tonight, we did some really good things overall as a team,” Coach Jeff Campbell said.

The Matadors will travel to UC San Diego Saturday, April 14 to close out their regular season before the Big West Tournament kicks off next weekend.