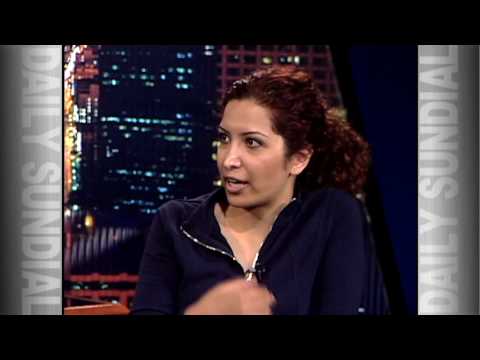 Esha Momeni, a CSUN mass communications graduate student who was imprisoned and later under a travel ban in Iran, has returned to the United States.

“I didn’t believe I was leaving until I got into the plane, they closed the plane’s door and started going,” Momeni, 29, said. She arrived on Tuesday.

Momeni was imprisoned in October 2008 while working on her thesis project, charged with propagandizing against the regime. The Iranian-American student was released on bail Nov. 10 after being held in solitary confinement for 25 of her 28-day stay in Evin Prison.

Dr. Melissa Wall, CSUN journalism graduate advisor, said she learned of Momeni’s return from Hassan Hussain, her fiancé, but was reluctant to get excited.

“I knew other activists that had gotten on the airplane and were dragged off,” said Wall. “I feared that. I said, ‘I’ll really only believe it when I actually see her.’”

Hussain learned Monday of her possible arrival home. Momeni had been told last week that she could leave, only to be turned away at the airport.

“I had an idea that she might come home Tuesday but to be honest, because in the past they would tell her she could and then not allow it, I didn’t really believe it until I saw her at the airport,” Hussain said.

“I can’t explain how it felt, other than to say how happy I was,” he added.

“I found out yesterday when Esha called and spoke with my mom,” said Sinegal.

“To be honest, last week after the joyous return of the journalists from North Korea, I was upset because I felt like ‘Have they forgotten about Esha?,’” she said. “The last thing I expected was to have her home this week. It has been a very happy couple of days and I just am excited to see her as soon as I can.”

“It was important for me to let Esha know the support and love she had at CSUN. Talking to her when she first was released, I was disturbed to hear her ask if people were angry or upset with her,” Hussain said. “I made sure she knew that no one was angry with her or blamed her for anything, and instead showed so much support.”

“I was surprised,” said Momeni about the support she received from her CSUN colleagues. “I started crying.”

As happy as Momeni is to return to the U.S., she is driven to continue her humanitarian work.

Reflecting on her time in prison, Momeni was passionate about those who have suffered worse conditions.

“The prison time was really scary. It was hard,” she said. “Compared to political prisoners now my situation was much better.”

Women’s rights activists from the One Million Signatures Campaign were the focus of Momeni’s work in Iran. During her arrest, video footage of these activists was confiscated.

The One Million Signatures Campaign started three years ago.

“This campaign is working to change discriminatory law against women in Iran. They collect signatures plus they talk to women and men and try to improve common knowledge about women’s issues in Iran,” Momeni said.

She plans to return to her studies at CSUN this fall.

Now that she’s home, Hussain said she is the same person he knew.

“There are no changes in her spirit that I can see. She is as feisty and strong as she was when she left, perhaps even more so,” he said.

Visit For Esha for a comprehensive overview of her experiences in Iran.