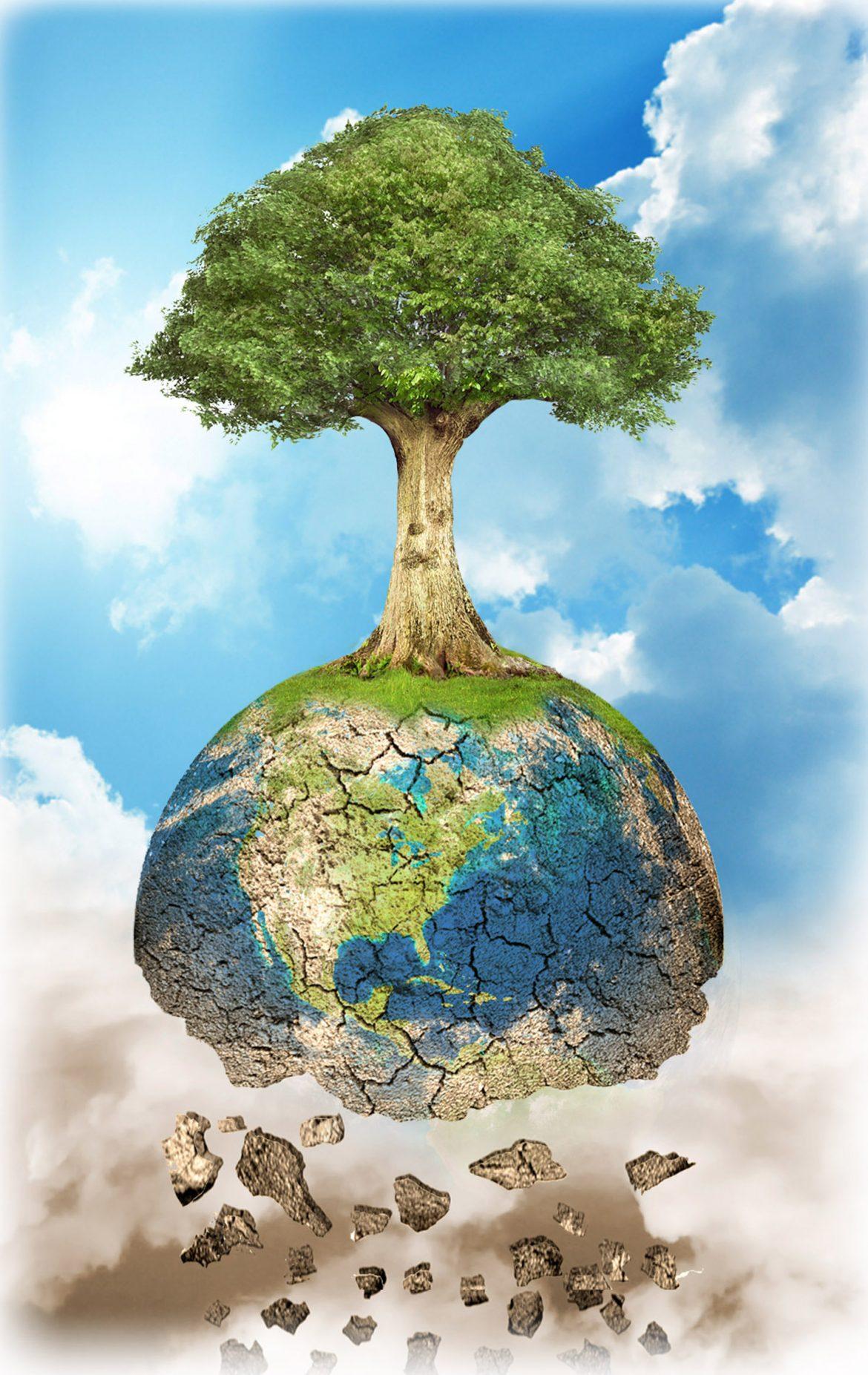 A research paper published in Smithsonian magazine in June 2017 showed that we have doomed half of the world’s total population to experience 20+ days of heat and/or humidity so intense that it will be uninhabitable by 2100. Even if we pull the brakes on our emissions right now, the changes won’t be fully preventable and a third of the total global population faces these temperatures now.

However, we still deny this change both through words and through actions. We mainly look at climate change prevention as a way to save us as a species but not all species on the planet. We act alarmed to see plants and vertebrates going extinct, but we could care less about every other type of life form going extinct unless we are directly tied to them, like bees or coral reefs.

That lack of care for life has led our species to trigger what could become the first major mass extinction event since the Cretaceous asteroid impact 65 million years ago that wiped out the non-avian dinosaurs, and about 75% of all land-based life on earth, according to Kunio Kaiho and Naga Oshima’s article for Scientific Reports.

As detailed in a study by MIT, a main trigger for the Permian Mass Extinction event was the Siberian Traps erupting in a giant sheet of lava hundreds of thousands of miles long, continuing to erupt for thousands of years. The length and magnitude of the eruption overloaded the atmosphere, ocean and biosphere with massive amounts of greenhouse gases. It made the ocean extremely acidic, hot and anoxic – which is to say oxygen levels plummeted – and the rise in temperature melted the methane hydrates stored in the ocean, triggering runaway warming.

The end result was a mass extinction event so catastrophic that it is known as “The Great Dying,” wiping out over 95% of all life on earth. It took life millions of years to fully recover, and is the only known mass extinction of insects.

This is what we are doing to Earth right now, only exponentially faster. We have wrought destruction on the biosphere like no other organism before, and have no record of how many species we have made extinct already. According to research conducted by paleobiologists at the German university Friedrich-Alexander-Universität Erlangen-Nürnberg, the habitat destruction incurred and the exponential warming baked into the system leaves a dire diagnosis; a major mass extinction event, and certainly the first one of insects since the Permian.

If we do not start taking immediate and extreme actions to reduce our environmental destruction, this mass extinction could be even deadlier than the Permian due to how fast we are going. Our constructed environment is splintering or blocking natural evacuation routes, and all of our heavily polluted coasts will become submerged as sea levels rise, leaking out their pollution uncontrollably as a result.

As reported by NASA, the oceans are becoming more acidic, and the methane hydrates locked in the ocean and permafrost are showing signs of melting, just like in the Permian.

Most have yet to connect the dots between now and then. An over 95% extinction rate and millions of years of recovery cannot be taken lightly, and and we are dooming ourselves and our planet’s life to that fate if we do not get our act together.

We are rapidly running out of time.

It may even be too late already when we continue to push a materialistic mass consumption society. There were no winners in the Permian mass extinction, only survivors, and those barely survived. That is going to be case now too, and we may well be one of the first species to go. It is now up to us to make sure we do everything we can to save the planet, life and ourselves with much more altruism to every life form, and not just the ones we care about the most.

It will not be easy, but we have proven extremely adaptable as a species. What happens now and in the upcoming decades will determine the fate of our species, the world and all life on this planet for millions of years.