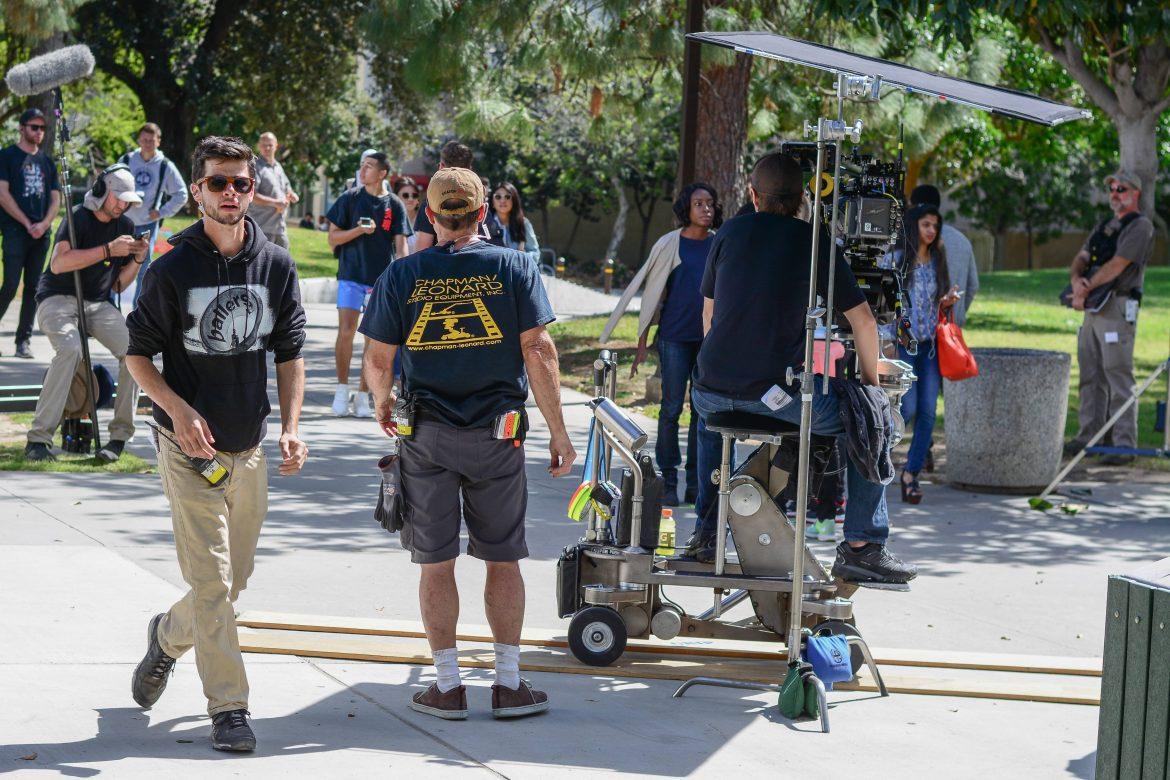 Filming for the The Good Place, a TV show on NBC, is taking place in front of Bayramian Hall and Manzanita Hall. The Good Place is a comedy fiction series created by Michael Schur, a writer known for TV shows Parks and Recreation and The Office. The show stars Kristen Bell.

CTVA major Jorge Perez says he gets excited at the idea of major film productions taking place on campus.

“As a film major I can see behind the scenes. I try to see who’s the cinematographer, who’s the director or who are the PAs [production assistants]…I really enjoy coming and watching when they have any sets on campus,” said Perez as he looked out onto the set.

“I wish they would give us a notice beforehand so that walking through campus isn’t very difficult, but I like that most of the shows they film here, I keep up with,” said deaf studies major Noelle Simpson.

Luckily for Simpson, she was able to catch a glimpse of a new development in the plot.

“It’s pretty cool because obviously there’s a new love interest here and that’s not what I want going on, but I am excited to see what’s gonna happen with it,” said Simpson, an avid fan of the show.

Filming is set to conclude in the next few hours.