Students dish it out at Iron Matador 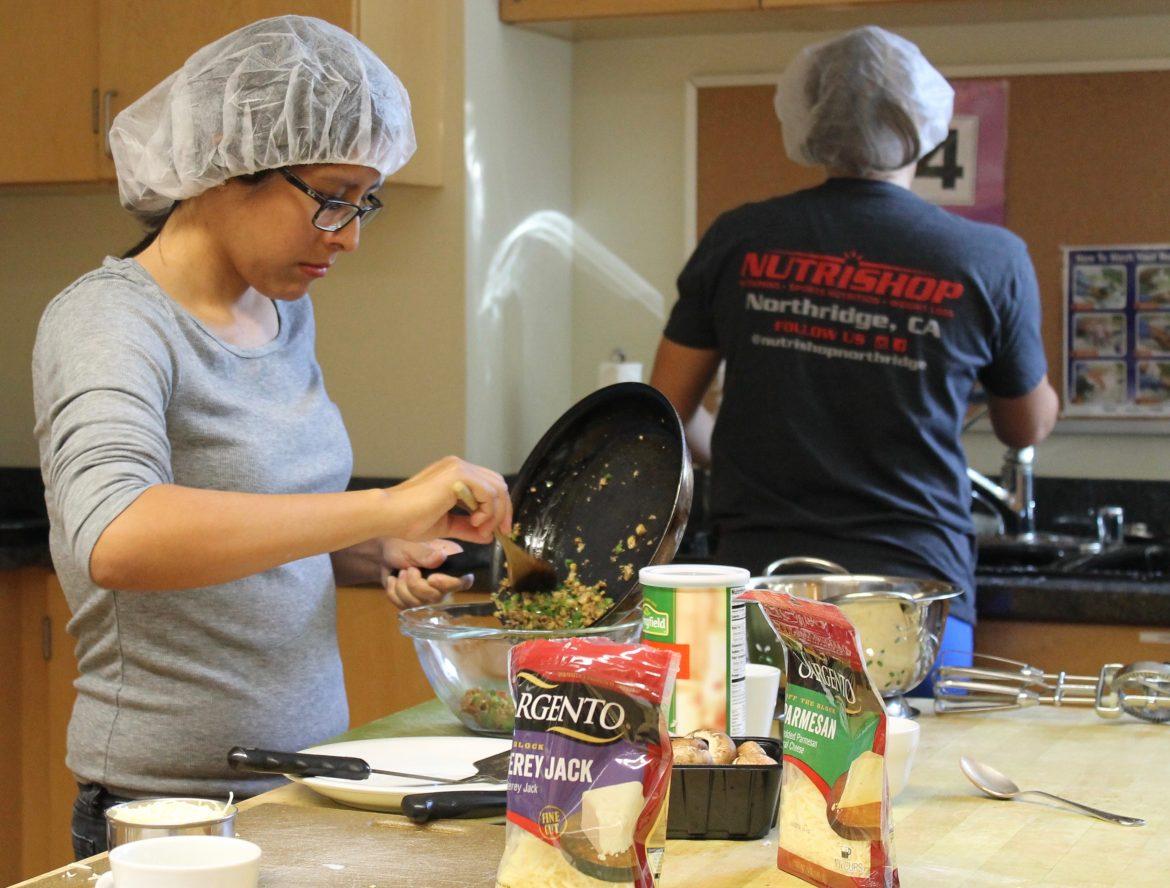 Diana Aguirre from Team Fuego preparing their dish to be brought to the judges during the Iron Matador cooking competition. Photo credit: Katie Remy

Judges were Jake Hagen, winner of the previous three Iron Matador competitions, Steve List, adviser of the horiculture program at Sylmar High School and Richard Weinrot, director of programs at the Food Forward organization. The teams had to complete and plate their menu within the hour given and present to the judges. The judges then deliberated and awarded the prizes.

Team “Fuego”, which consisted of Tatum Vedder, Jennifer White and Diana Aguirre, won best appetizer with their dish of spinach and bacon-stuffed mushrooms.

Team “Hot’n’Ready” took home not only the entrée award with their Pinaracha Salmon over wild rice with haricot verts amandine, but the overall prize as well. For winning the overall category they earned themselves a seasonal pass to Underwood Farms where they can pick their own produce.