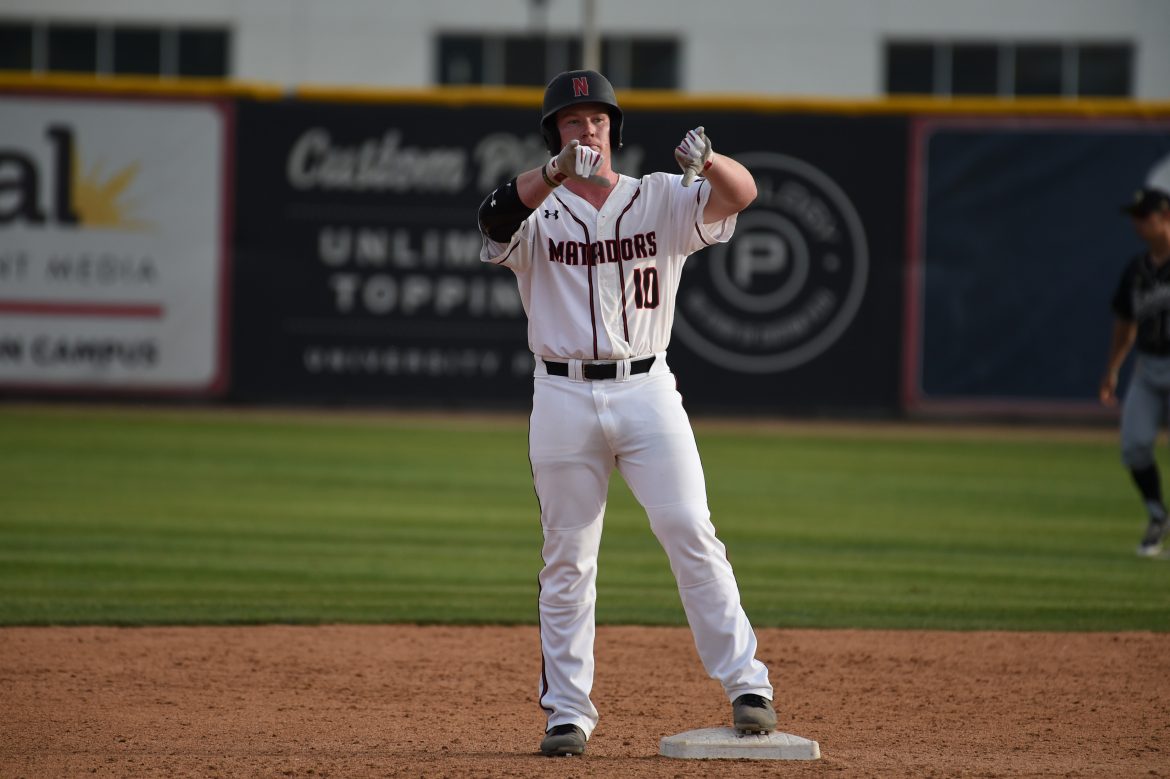 Albee Weiss celebrates after making a hit that got him to second base in game vs Cal Poly Photo credit: Peter Griffin

Softball will be facing off against UC Santa Barbara at Matador field on Saturday and Sunday. The Gauchos are 4-8 in conference and both teams are coming off three game losing streaks. The Matadors have been struggling this season in conference play with a record of 3-9 in Big West. CSUN looks to pick up a series win over the Gauchos after falling to them last season two games to one. These games are essential for the Matadors to have hopes for postseason. Saturday’s games are at 1 p.m. and 3 p.m. and Sunday’s game is at 1 p.m..

Baseball is away this week in Hawaii looking to bounce back after dropping six of their last seven games ending the Dors’ hot start in Big West action. Now 5-7 in Conference play, CSUN’s pitchers will have their hands full with a 7-5 Rainbow Warrior team leading the Big West in hits. Dors and Bows begin their series Friday April 27 at 9:35 p.m. PST with game two coming at the same time Saturday. The series concludes Sunday April 29 at 4:05 p.m. PST.

Beach Volleyball will travel to the Big West tournament in Honolulu, Hawaii to face CSU Bakersfield. CSUN has dominated Bakersfield this season winning all four meetings. The Matadors have won seven of their last eight and enter the match as a fourth seed. The Matadors and Roadrunners will meet one last time this season with the first serve going up at 1 p.m. PST.

Water Polo will travel also travel to the Big West tournament to play hosting UC Irvine. CSUN suffered two of their worst losses on the season against Irvine with the Anteaters winning by a combined 23 goals. Madeleine Sanchez still leads the conference with goals and points and ranks top five in steals and assists along with two other Matadors. The Matadors and Anteaters hit the pool April 27 at 2 p.m.