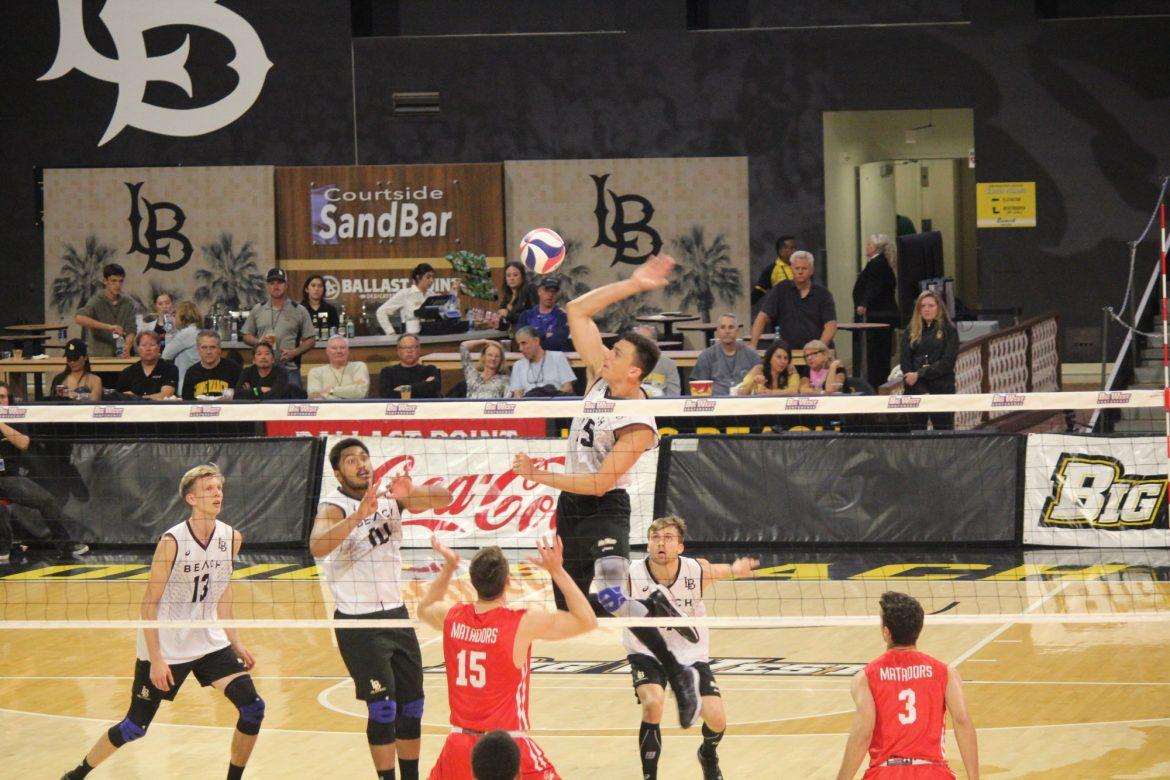 After a slow start in the Big West Tournament semifinals, Long Beach State turned on the jets and swept the fourth-seeded Matadors.

Long Beach came out playing somewhat out of sync and CSUN capitalized on every point they could in a wild set containing 15 ties and three lead changes.

The Matadors had an opening set stunner in their grasp but fell just short.

After taking the opener, Long Beach sped ahead of CSUN with absolute domination on their attacks, blocking and serving.

After the first set, CSUN would never lead or tie in the game.

“The first set we had opportunities,” said Coach Jeff Campbell. “Sets two and three, Long Beach played really well. They served us very well and affected every part of our game.”

CSUN freshman Maciej Ptaszynski was the Matadors’ only player to hit above .200 as the freshman phenomenon had four kills hitting .500.

CSUN’s 2018 campaign ends with a crushing blow but fans should be proud of the program.

The team achieved its first winning record in eight years and proved Northridge could compete with and defeat some of the top programs in the nation.

Although three key players will leave the team, the program is clearly finally heading in the right direction.

The squad will have holes to fill at opposite and both middle blocker spots.

However 2019 will mark senior years for another chunk of the current rotation and if the development of the players continue there is no telling what this team could do.

“I expect CSUN to keep its momentum up, just keep getting better and better, over the years just becoming a top three team,” Greene said.