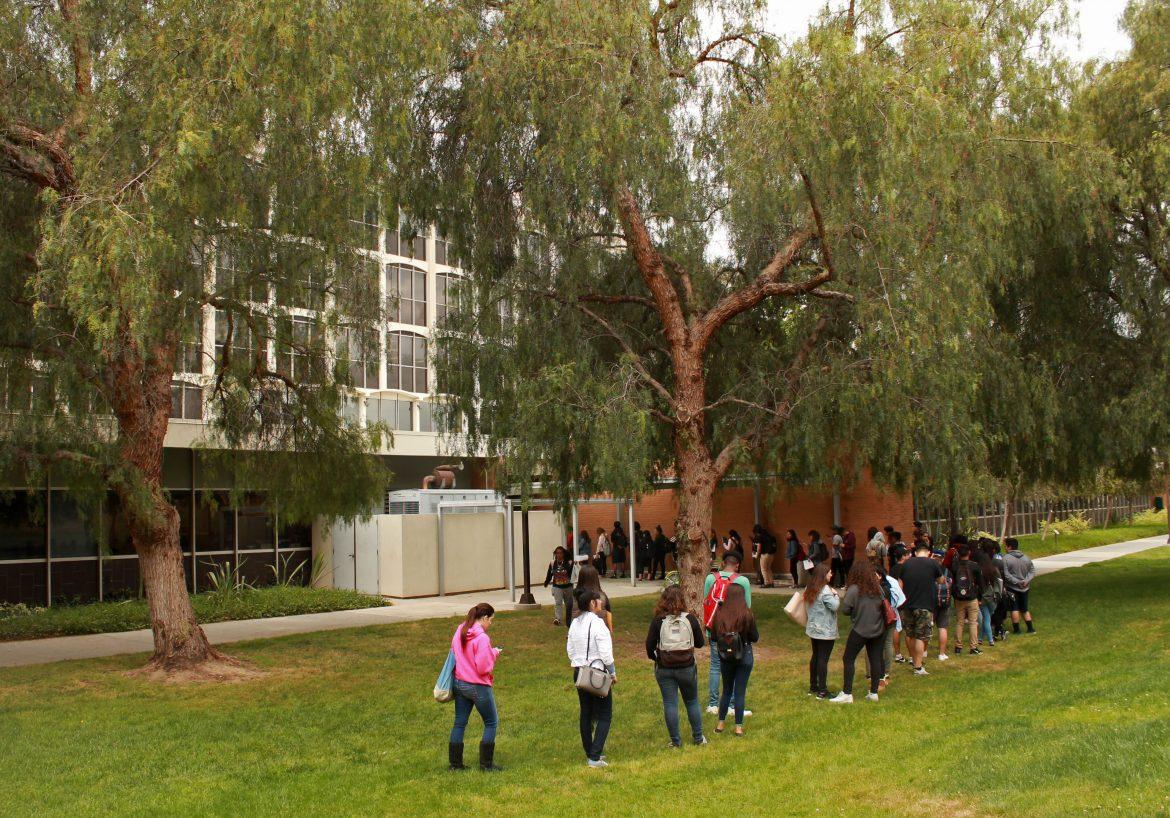 Students waiting outside the back of Bayramien Hall. Photo credit: Clare Calzada

Today marked the deadline for students to turn in required documents, such as IRS Tax Transcripts, to the Financial Aid & Scholarship department inside Bayramian Hall.

Despite frequent reminders that were emailed to students who filed for financial aid, many waited until the last minute or forgot about the deadline.

Anahit, a 21-year-old sociology major, waited for nearly two hours. “I’ve never seen lines this bad before.” She said, in comparison to the line at her previous school.

The counters opened at 8 a.m. instead of the usual 10 a.m. listed on the financial aid website.

Amber Sanchez, a 20-year-old business administration major at the end of the line, had to stand in the same line even though she had already submitted her documents and only needed to ask a question at the window.

“My sister told me because she is dependent and I’m not, that I have to turn in the pages in person,” Sanchez said. “On my portal, it says everything been received and its fine, but I’d rather be thorough.”