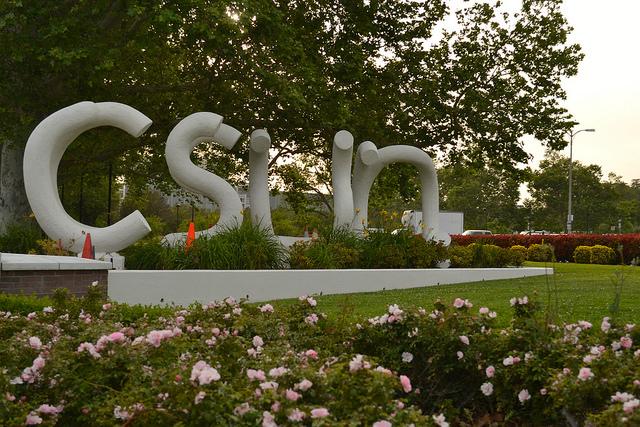 The complaint accused Marketing and Communications Director of Programming, Jorge Martin, of harassment and discrimination based on race, as well as retaliation. The Sundial has obtained information that another woman, who is a former employee of the marketing and communications department, filed a formal complaint against Martin. She asked that she remain anonymous due to fear of retaliation.

Shante Morgan-Durisseau, a 1990 graduate of CSUN, claims in the lawsuit that during her time working as a University Advancement editor, she faced harassment and mistreatment by multiple of her superiors, including Martin and Julie Sinclair.

Both women have filed complaints against Martin have stated that they endured adverse effects to their mental and physical health and were advised by medical professionals to take time away from work or to be placed in a different work environment.

“I have been in extreme emotional distress for the last week, experiencing so much anxiety that my PTSD from a previous traumatic event has been triggered. Although the first of the various incidents of harassment occurred weeks ago, I have hesitated to make a report due to fear of retaliation,” said one complainant in a letter sent to Equity and Diversity.

According to Morgan-Durisseau’s complaint, her doctor told her that her work-related stress was manifesting itself into physical injuries. Morgan-Durisseau took time off and when she returned to work, the harassment continued, according to court documents.

Court documents state that she was she was repeatedly berated by Martin behind closed doors for circumstances that she could not control. It was also stated that Martin intimidated her by making her fear for her job security.

According to the complaint, she was given negative performance reviews and was assigned monthly story quotas that were not required to be fulfilled by other employees.

Her complaint alleges that Martin denied her participation in professional development trainings that other Marketing and Communications employees were given access to.

The complaint states that Morgan-Durisseau filed a complaint with her union as well as Human Resources and Equity and Diversity, as well as with the U.S. Equal Employment Opportunity Commission.

Morgan-Durisseau began her tenure as an employee for University Advancement in 2008. According to the complaint, she began experiencing hostile treatment in 2013, when former Manager Julie Sinclair was hired.

According to court records, Morgan-Durisseau claims she was the only black employee working in the Marketing and Communications department during most of her employment at CSUN.

“I was singled out and it was obvious to me that it was because I was an African American woman and I was harassed and retaliated against because I complained,” Morgan-Durisseau said.

Morgan-Durisseau graduated from CSUN with a B.A. in journalism in 1990. She founded the Black Alumni Association at CSUN and has been the president since 2011.

“I’ve always been a proud matador who has taken pride in my work and service as a volunteer. However, I am so disappointed that I have had to file a lawsuit to seek justice for myself and in turn others,” Morgan-Durisseau said.

The university declined to state whether or not any additional complaints against Martin existed.

“CSUN does not speak to specifics on personnel matters. However, we can share that CSUN is absolutely committed to ensuring a safe and welcoming environment for all students, faculty and staff. Anytime employee conduct concerns are raised, we have a fair and thorough investigative process. Should any findings determine that employees are not living up to our high standards, appropriate measures are taken,” the university said in a statement released to The Sundial.

The Sundial also filed multiple public records request for complaints naming Jorge Martin to be released, but the university denied such requests and did not produce the documents.

The university declined “While CSUN does not comment on specifics relating to current or pending litigation and personnel matters, we can share that there is absolutely no merit to the claims of former CSUN employee Shante Morgan. The university is committed to ensuring a positive work environment for all employees, and CSUN plans to vigorously defend itself from these unfounded charges.”