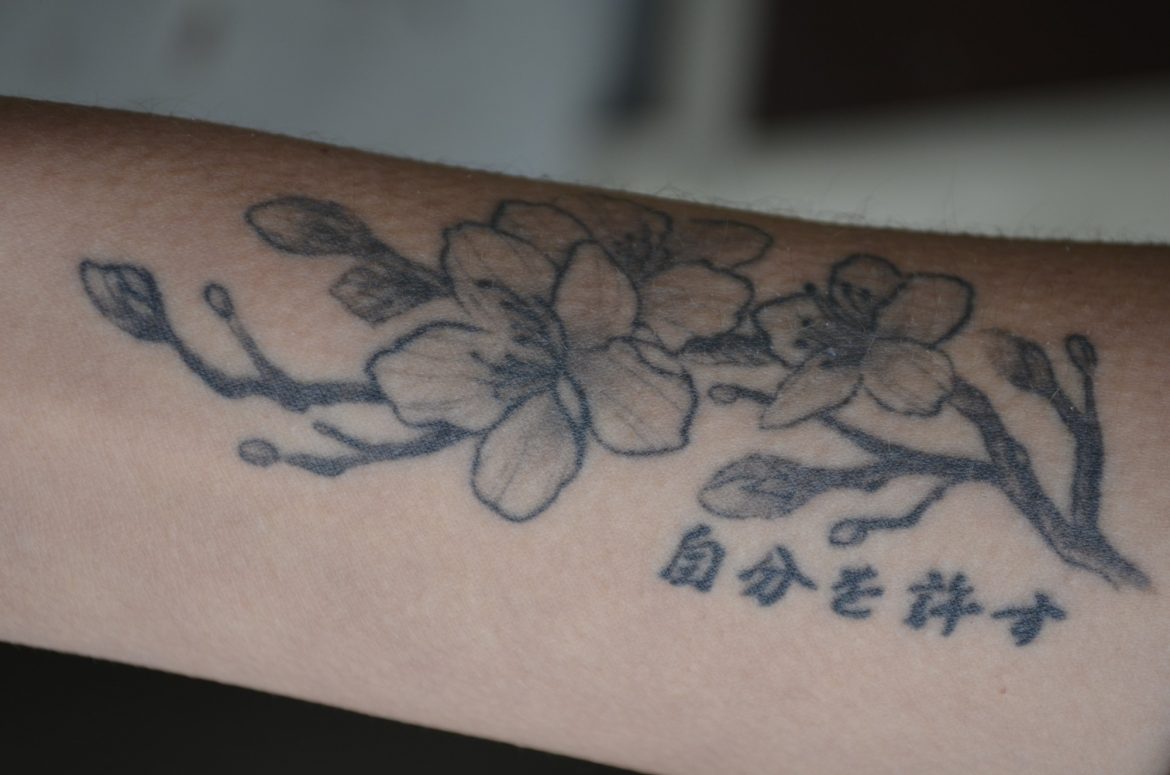 Tattoos are more common than ever and allow the bearer to display pieces of their personal story in the form of permanent art. Each piece represents painful moments spent in or on a parlor chair in order to achieve something that stands as a constant memento. These are the stories of some inked Matadors:

Lauren Pierce is half Japanese and always wanted to go to Japan, especially during the cherry blossom bloom. March of last year, she finally got that chance though not the way she had hoped. Pierce had decided to break-up with her then boyfriend of more than three years who was to accompany her overseas. The ex-couple decided to continue with their plans and journeyed to Japan anyway. While there, Pierce yearned to be just a little impulsive and sought a tattoo artist to do a piece including cherry blossoms, representing the beauty of Japan and Japanese culture, along with Japanese script that translates to “Forgive myself.”

“He would always say I was selfish for breaking up with him, [that] I was just thinking about myself,” Pierce said. “Seeing this on my arm every day makes me remember what I’ve been through.” 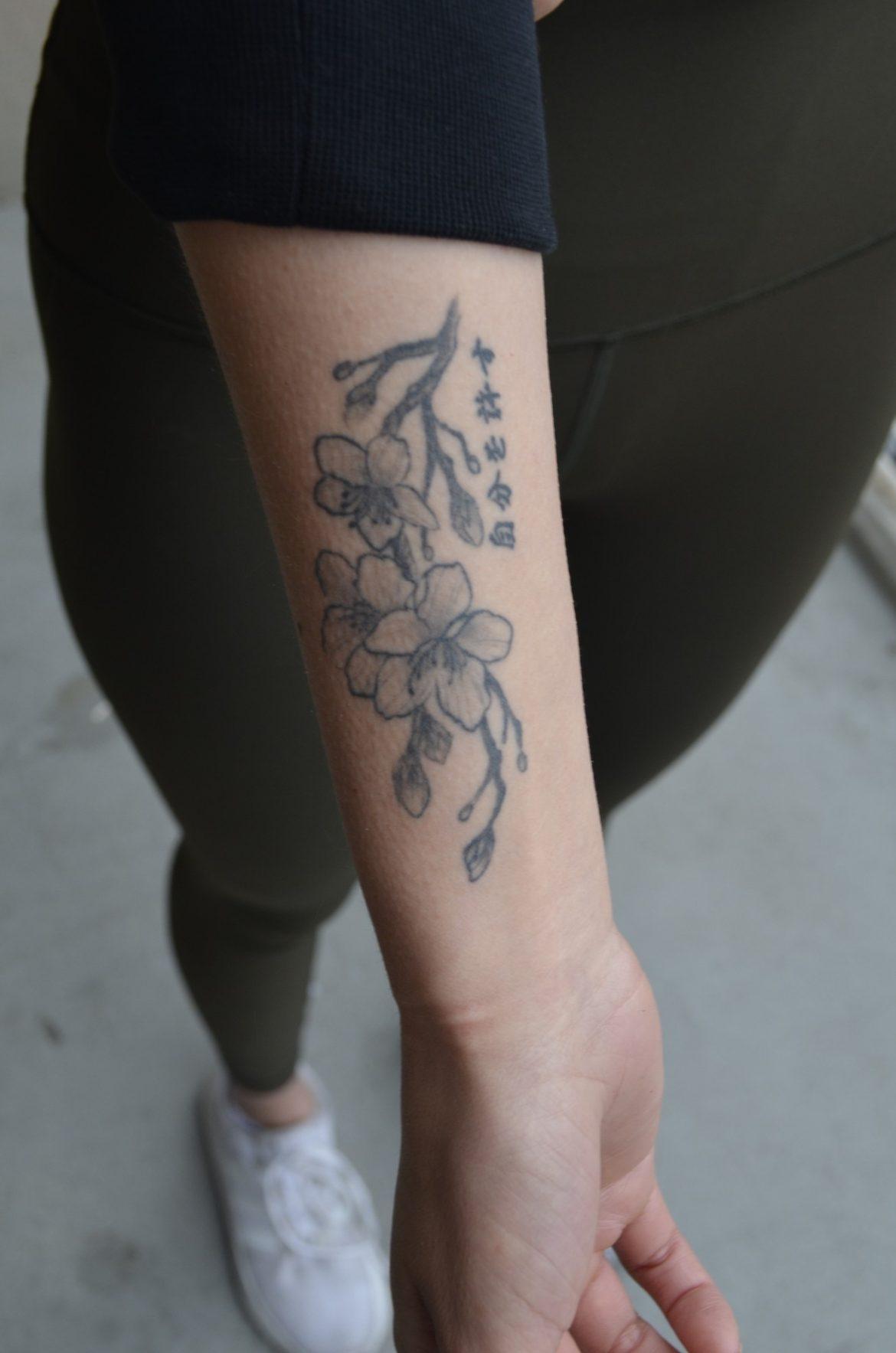 Third-year math major Omar Baltazar was serving as a Marine when he decided to get a skull surrounded by three roses tattooed.

“When I got it, I was in the Marine Corps so I asked the artist to incorporate [the skull],” Baltazar said. “She drew it up and I fell in love with the drawing.”

Baltazar claims roses are his favorite flower, and he’s not the only one in his family who does.

“I share that with my mom because my mom likes roses a lot.”

Fourth-year marine biology major Ian Pohl got his ink in honor of a band that changed his life and helped him get the “led” out. Around the time Pohl was 9 or 10-years-old, he was introduced to the band Led Zepplin which came in stark contrast to his upbringing in a house that listened mostly to country.

“Zepplin was familiar, it had that familiar sound, it gave me goosebumps,” Pohl said of the band’s music.

Pohl described Zepplin as rebellious, but normal, as opposed to music like Pink Floyd which he considers to be over-the-top.

“Zepplin opened the doors for my entire life and [made me] who I am today,” Pohl said.

Third-year CTVA major Kara Swenson decided to get bands of ivy on each arm.

“They go all the way around because I’m not a wimp,” Swenson said.

Swenson got the tattoos in memory of her grandfather after his passing. Swenson’s grandfather was an Irish immigrant who fought for the U.S. Army during WWII to gain citizenship. Swenson chose ivy to represent her grandfather since it is symbolic of determination and strength in Celtic myth.