Fear for the Future 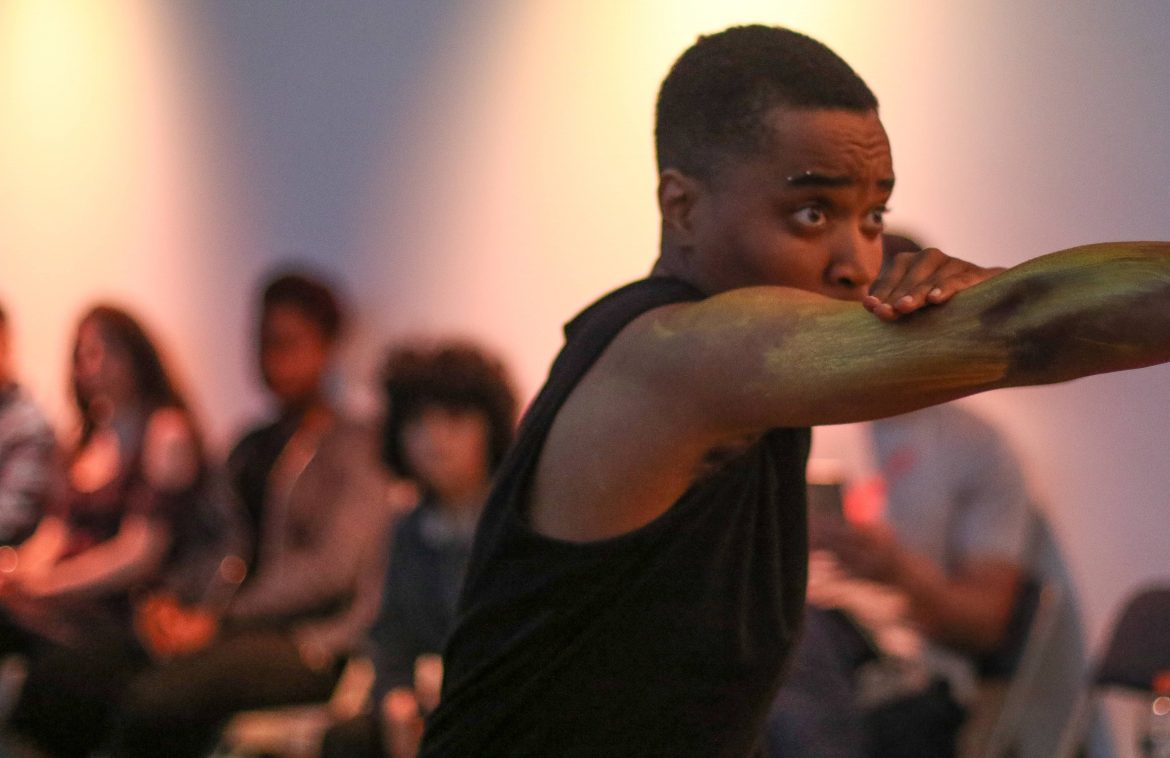 Surani Sanford ,22, Communications, dancess her at the second floor of Mazanita Hall on Thursday night. Pavithra Prasad the Assitant Teacher and Director of the Performance Esemble: Creative for Social Justice class brought in an expressive teaching method that helped her students create perform pieces to answer the question "What is you fear for the Future?".

“Things are changing and I don’t know how to deal with it,” said Fernando Martinez, 24, communications. Who’s performance represented his fear towards the gentrification that is currently taking place in his hometown.

Each student from the performance ensemble class had to create a performance piece that described their fear for the upcoming future. Each performance tackled personal situations or problems that society has inflicted on each individual.

“I was raised to choose one or the other,” said Ivan Vargas, 26, communications major. As he described his problematic childhood as he tried to choose between being from a family background from El Salvador, and being an American.

Vargas’ piece was him being pulled back by three students as he struggled to identify his true self. He thanks the performance that helped him realize that his two cultures can co-exist and is proud to be Salvadoran American.

Vargas performance reflected first-generation Americans as they deal with the current state in which the U.S. is in.

“It’s hard to be dishonest when you’re speaking with your body,” said Prasad, Assistant professor and Director of Performance Ensemble.