A girl menstruates, and the international world fails her 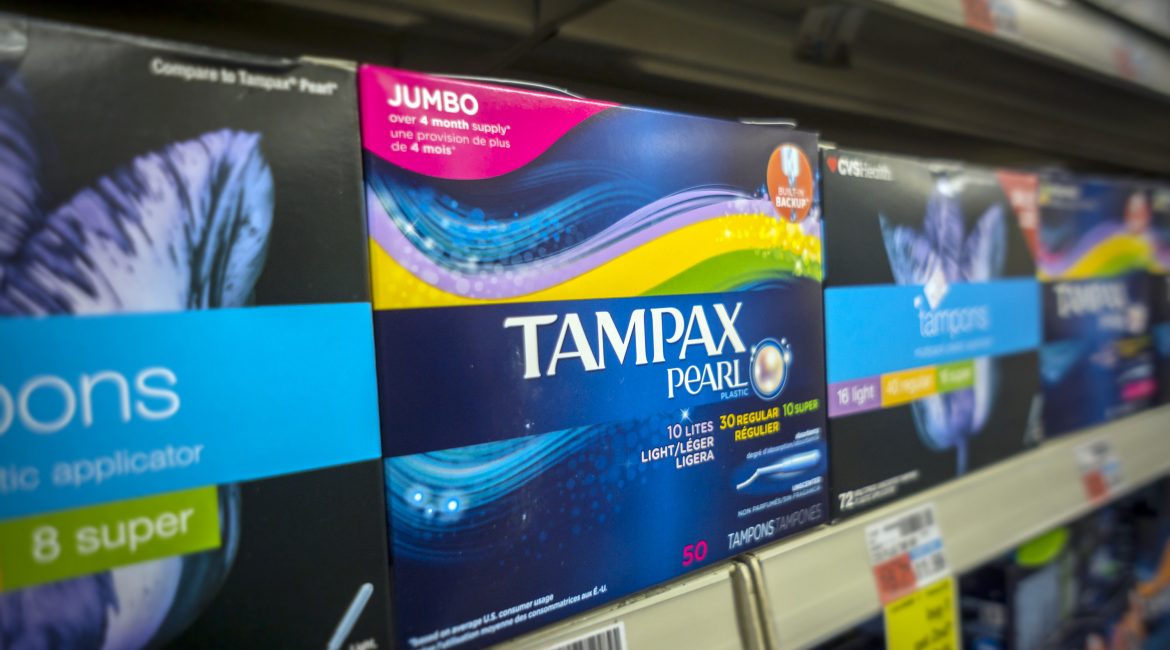 Boxes of tampons are displayed in a pharmacy. (Richard B. Levine/Newscom/Zuma Press/TNS)

A girl in Uganda menstruates and misses 8 days of class in one term. This teen sacrifices her education for bullying and improper school sanitation areas. She sometimes makes a makeshift pad out of dry leaves. According to The Guardian in 2014, “these girls are dealing with a lack of materials, and are also stigmatized by cultural attitudes that regard menstruating women and girls as dirty.” The stigmatism makes her trade her right to education, leadership and advancement all for the shame of a red mark. This is one of the factors that contribute to these same girls dropping out of school later on in their education, for they lack basic access to clean and sanitary toilets. This matters because the basic rights of knowledge that can lead to independence and confidence are shattered. How much worse can it get?

A teen in Nepal menstruates and is banished to a shed. She is fatally bitten by a snake. In Nepal, especially western areas, it is a sin for women on their period to sleep inside the home, and it is believed that it could cause bad luck. Women are forced to sleep outside, often in huts or sheds, where they face the dangers of the night as they are seen as unclean and sinful. Chaupadi, according to NPR, is one of the most extreme forms of restrictions for menstruating women, and although it was banned in 2005, remains rampant for more than 74 percent of women in some parts of Nepal. In this country, women literally risk their lives when shamed for menstruating.

A 12-year-old Indian girl kills herself after being forced by her teacher to leave the class while on her period, giving her a duster cloth to use as a pad, according to BBC. Her suicide note leaves the verbiage that her teacher “tortured” her. It was a school without sanitary pad-dispensing machines. According to The Guardian, menstruating remains taboo in India, and girls may not be able to touch certain foods or are forced to stay home because of a lack of sanitary areas.

The stigma haunts girls throughout the world, deeming them unclean, sinful, rejects. But this isn’t just an issue in developing countries or even just rural areas. Even developed countries, such as the U.S., are failing in the global human rights issue. A girl menstruates and the international world fails her. Women’s rights are human rights and human rights around the world that are being ignored are those of women who are rejected and left unprotected.

Can we turn to the U.S. for a solution, or even hope that this issue is on the U.S.’s radar? A girl menstruates for the first time, and with wide eyes stares at a little red dot in her underwear. A schoolgirl menstruates and shamefully hides a pad under her shirt to walk to the bathroom. Having a period is one of the most natural phases in a woman’s life, yet in a U.S. study of 1,500 women, about 40 percent of women have experienced period shaming in one or more forms, according to a poll cited by Global Citizen in 2018. About 75 percent of women hide their sanitary pads, and others cancel plans because they don’t want to show that they are menstruating. The world is failing women by ignoring their basic rights. Others struggle to find a free sanitary pad at school, or just don’t have the 25 cents to buy a small liner from the (hopefully!) stocked dispenser. Can a developed country help solve this human rights issue in other continents and rural, developing areas? That answer seems bleak when shaming in the U.S. is so prevalent.

Something must be done internationally. Change, advocacy and a firm stance on the rights of women who are menstruating have to stand higher in our list of international issues.

Some change has begun, and this is monumentally moving in a positive direction. A 2017 Bodyform ad shows images of period blood on screen, taking steps to de-stigmatize the image of period blood.

Every college should sign petitions for free feminine products throughout its campus, so girls do not have to wonder where they can get a free pad. Internationally, hashtags like #HappyToBleed and #FreeTheTampons are key to raising awareness on social media.

A monumental petition with the hashtag #ItsBloodyTime can be sent to business leaders and world lawmakers. This petition urges world leaders to pass laws and the needed steps so that girls can access menstrual hygiene resources, education and separate, adequate and sanitary bathrooms around the world, especially in countries like Uganda.

So the next time you want to say something about your own or another woman’s period, think again. Make it positive, because your ideas about a girl’s period could help to end this brutal reality.

A girl menstruates. And the international world has failed her.