A rise in gas prices causes students to skip class 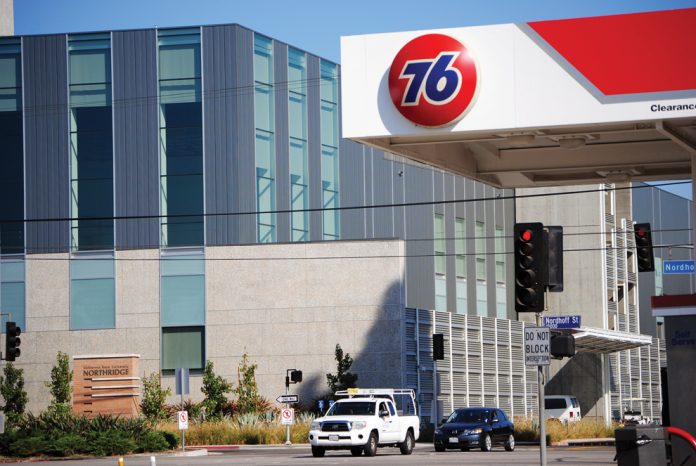 The recent increase in gas prices causes Mireya Vasquez to choose between buying a meal or driving to work, “I’m constantly left without any money to eat because I have a big car and work four to five days a week,” the 22-year-old sociology major said.

Gas prices have increased dramatically this year due to a low supply of crude oil, a recent gas tax increase of 12 cents per gallon in California, and U.S. led military strikes in Syria.

“I’m always tired, I just sleep and don’t even have the energy to do my homework,” Vasquez said.

“The average price per gallon is increasing nationwide, not just in California, because crude oil supply is low worldwide,” political science professor Tyler Hughes said. “The Organization of Petroleum Exporting Countries purposefully decreased the supply of crude oil to rise up the price.”

The Organization of Petroleum Exporting Countries (OPEC) consists of 14 of the world’s largest exporters of crude oil including Saudi Arabia and the United Arab Emirates.

“They are intentionally taking a loss by stockpiling oil in order to increase demand, causing the price to increase,” Hughes said. “It’s the basic rule of supply and demand, a low supply spikes up demand and it’s going to naturally increase the price.”

According to a 2016 report conducted by the Institute of Sustainability at CSUN, 93 percent of students live off-campus and on average drive 15 miles to get to school.

Valeria Nevarez, a 21-year-old sociology major, has to miss class some weeks because of her long commute. “It’s a 50 mile commute for me since I live in Mid-City, it takes me longer to get to campus than the amount of time I actually spend in class,” Nevarez said.

“Since gas prices went up, I would just go to school once a week for my classes.” Nevarez said. “Because I stopped going, I only know about half of the information for assignments and tests.”

“California has the largest infrastructure system in the U.S., we are not funded correctly by the federal government,” Hughes said. “The gas tax has not increased since 1999 and is not projected to increase again anytime soon.”

Recent speculation that U.S. led military strikes in Syria has contributed to the increase in gas prices is not a major factor according to experts.

“The crude oil industry is a lot more interconnected than it was 30-40 years ago, back then a disruption in the supply chain would affect the supply,” Hughes said. “The U.S. airstrikes in Syria would only cause a small fluctuation in price of oil.”

In order to offset the price increase, commuters are encouraged to practice conservation methods,

“By dropping our consumption of gas we can drop down prices,” Hughes said. “The government offers tax incentives for individuals that drive fuel efficient cars, using public transport, carpooling if you can, and making an effort to reduce the number of cars per household.”