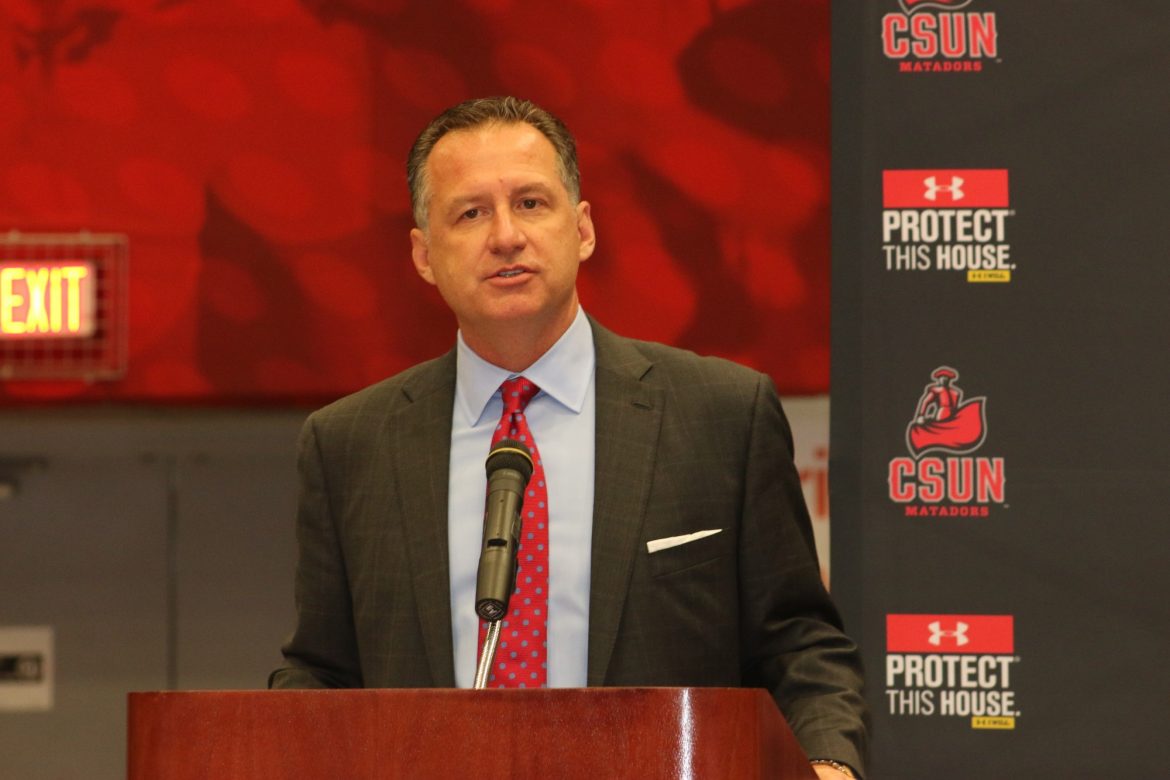 A federal grand jury requested personnel files from newly appointed basketball coach Mark Gottfried’s previous position at North Carolina State this past January, according to a report from Yahoo Sports.

The FBI investigation involves alleged payments to families and players. According to a statement provided by President Dianne Harrison in response to the allegations, CSUN stands by their decision to hire Gottfried.

“Coach Gottfried confirmed to CSUN that he had no involvement in, nor knowledge of, any impermissible payments provided to prospective student-athletes during his tenure as a head coach at previous institutions,” said Harrison. “I also believe that it is unfair to tarnish someone’s reputation based on speculation. CSUN is absolutely committed to integrity, accountability and the NCAA’s core values throughout our athletics program.”

Gottfried spent six years at N.C. State and was fired in February of last year. “While it has long been my practice to evaluate the body of work at season’s end, in reviewing the overall direction of our program we believe a change in leadership is necessary in moving forward,” Debbie Yow, director of N.C. State Athletics, said in a press release last February.

Matt Monroe, Associate Athletic Director of Sports Communication, could not provide a comment on the case. “Mark Gottfried can’t comment because it’s an ongoing investigation.”

The investigation includes Dennis Smith, Jr. who played at N.C. state for a season before signing on to the Dallas Mavericks.

Smith was listed on the expense report under the subheading “Loans to Players,” allegedly receiving $43,500, and other documents in the report state that Smith owed $73,500.

Statesman Journal news producer and former Sundial sports editor, Julius Lasin, weighs in on the situation: “For the general reputation of the basketball program, it’s not a good look,” Lasin said.

In the hypothetical situation that agents do pay players Lasin believes it could possibly interfere with the NCAA guidelines, “An agent paying a player is a financial dilemma and it interferes with the NCAA nonprofit model that hinges on amateurism.”

Amidst the Gottfried investigation, the CSUN basketball program is also currently under probation until December 2019 imposed by the NCAA in 2016 due to academic fraud. The NCAA’s investigation found that a staff member was completing online coursework for 10 of the players.