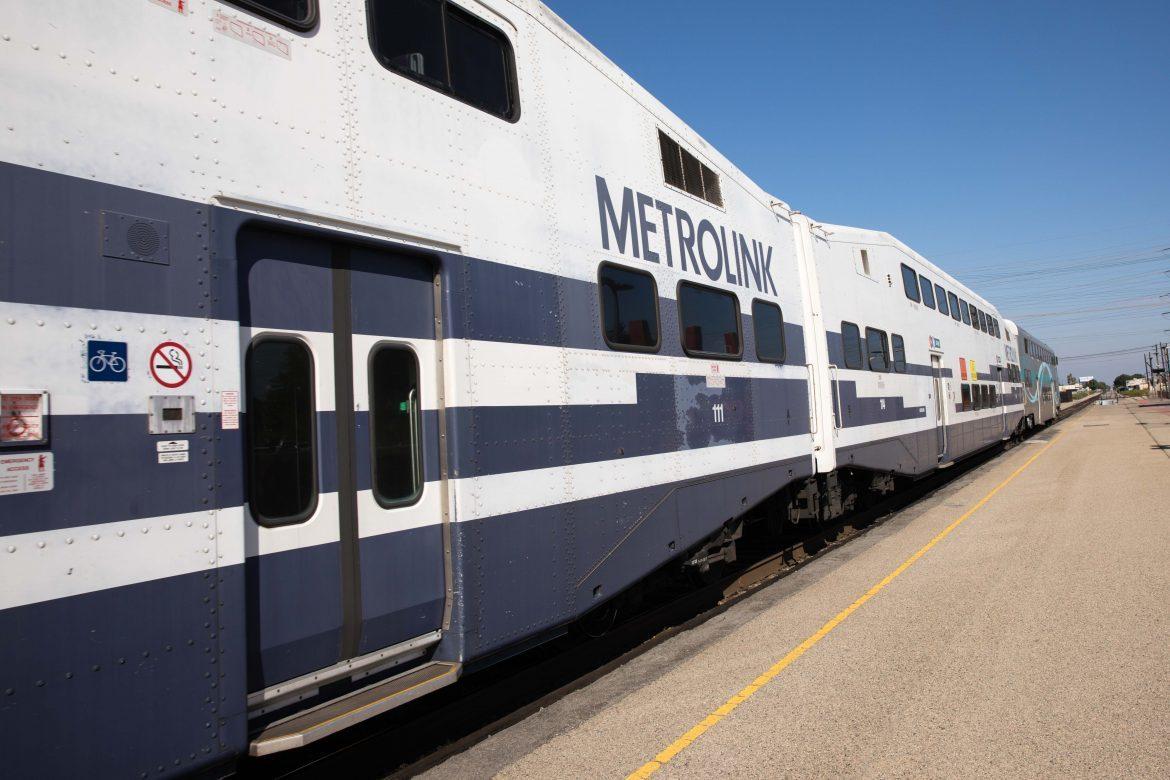 The Northridge Metrolink Station has been undergoing a potential redevelopment over the past few years with discussion of relocation or enhancement of the existing site.

The diversity of CSUN students and the university being primarily a commuter school allows students from all different backgrounds to have a chance to engage with the university at different times according to their schedules. However, the public transit system isn’t always so up to par with these aspects.

“Not all stations are created equal,” Francesca Varga, director of Government and Community Relations at CSUN, said. “We didn’t have the transit options we needed for students on campus. We want the students to get involved and the needs that they have expressed were taken to Metro and a kind of perfect synergy worked out as a result.”

The relocation of the Metrolink can possibly help increase its usage since the current station is inconvenient, according to Craig Olwert, undergraduate professor of urban studies and planning.

“I just went to a Northridge Vision meeting and they are still meeting with Metro and Metrolink to discuss relocating the station,” Olwert said. “It makes sense especially when planning the new North Valley BRT (Bus Rapid Transit) that is likely to run along major stretches of Nordhoff.”

The existing station is located near the intersection of Parthenia Street and Wilbur Avenue. CSUN is one of the main attractions of this stop, servicing a good portion of the 41,000 students that attend the university annually.

Even though CSUN shuttles meet at every Metro stop along the Ventura line, the current Northridge stop is 2 miles from the actual campus and is not easily accessible to other connecting lines.

The Feasibility Study provides two alternatives: to either relocate the existing stop to the intersection of Reseda Boulevard, Parthenia Street and the Ventura Line or enhance the existing location.

“One of the key things is that the current location is not multi-module,” Vega said. “It’s not well-lit, not bike friendly.”

The relocation option would cater to the ever-expanding university as it would reduce the distance between the two locations by a mile. This still may be a strenuous walk for some students and facility, but as Reseda Boulevard is a major bus corridor, it could potentially designate a regular bus service to and from CSUN.

Reseda Boulevard is also a bustling hub of businesses, shops and dining areas that would make relocating more enticing not only for the influx of patrons, but for owners of these establishments as well.

The Feasibility Study gathered community feedback about this option and approximately 62 percent of participants favored relocation over renovation. However, the option to renovate the existing site is still up for discussion as well.

Cosmetic and infrastructure upgrades would attract additional riders and implement higher safety standards. This could potentially include a pedestrian tunnel, a new bike hub, upgraded drop-off area, an enhanced station area and platform with more shade and information as well as bike lanes.

The input of students is very important to this decision. One way they plan on getting students involved is by distributing surveys at the beginning of the semester.

“We are kicking off the North SFV BRT Project this summer and will be holding community meetings for this fall,” David Sotero, Los Angeles Metro communications manager, said. “We hope CSUN students will engage with us on this project.”