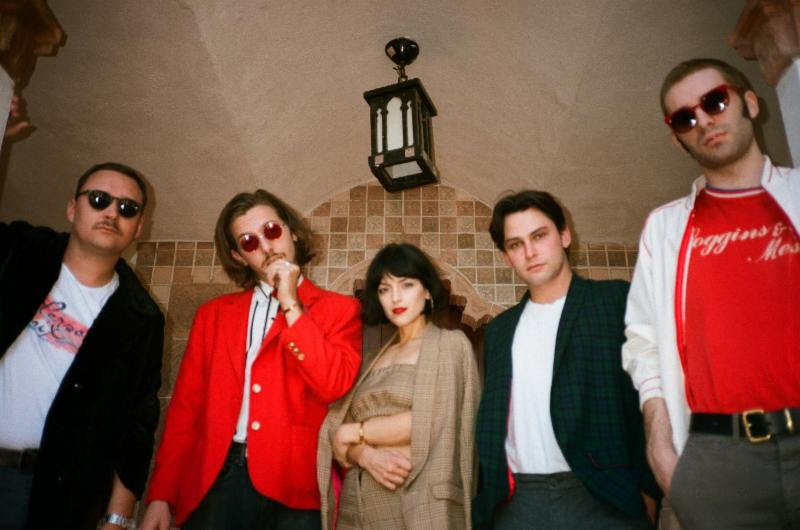 With only two years of playing together, The Marías is one of the few bands that are rising to stardom in such a short period. It seems like they will not lose momentum any time soon since they are already working on a second EP and a full-debut album that may be released sooner than expected.

This coming Aug. 9, the band will be making a free performance at LA’s Skirball Cultural Center as part of the annual Sunset Concert Series where they will be playing their first EP in its entirety—”Superclean Vol. 1.” It is packed with songs that were possibly inspired by spending a summer in the hills of LA. Listeners are attracted to the band from multiple angles, from the vintage-style flooding their aesthetic elements, the laidback dreamy-like summer instrumentals or the sweet voice of lead singer, Maria.

Maria confessed it wasn’t her idea to name the group The Marías.

“We hadn’t settled on a name in the six months we had been rehearsing until one of the members said it,” She said, and then Josh Conway, a member of the group and Maria’s romantic partner, continued. “At first we laughed, but we realized it made sense.”

Naturally, Maria started writing songs that resulted in Spanish lyrics although most of their repertoire involves songs in English. This is most likely due to their influences ranging from contemporary bands like The Strokes, Phoenix, and Tame Impala combined with South American artists like singer Carla Morrison, Brazilian music and the impact of legendary Nina Simone.

The Marías are suitable for an audience interested in indie bands of the same dreamy-like realm. The minor difference is that some of the songs may be sung in Spanish.

“We want to see more Latino bands making it big,” Conway said. On that note, The Marias may not identify as solely Latino or American; they find themselves in the perfect moment for bilingual artists to express themselves freely.

Last year, they performed a successful show at Coachella.

“We had been wanting to play there for a long time,” Conway said. “I grew up in LA, so I always got excited with all the hype in the few months before the festival.”

It is in their live shows where the listener can experience what The Marias are all about and perhaps fall in love with their sound.

In the meantime, music videos from their EP do not escape attention. The videos are filled with vintage-style cinematography and showings of the luxurious life.

“I love the films of Pedro Almodovar,” Maria began. “I really like ‘Talk to Her,’ mostly because of the story. But, you can take any scene from one of his movies and it will look beautiful.” She said laughing, along with pauses, overwhelmed by the many thoughts Almodovar’s work has had on her as an artist.

In addition, The Marias’ relationship with film extends with Josh Conway’s background as a film score composer—many of them indie/small budget projects. The visuals are something they take into account.

At the moment, they are already working on a second EP and in September they will commence a tour across the country with Mexican band, Café Tacuba. All songs are readily available on Spotify.