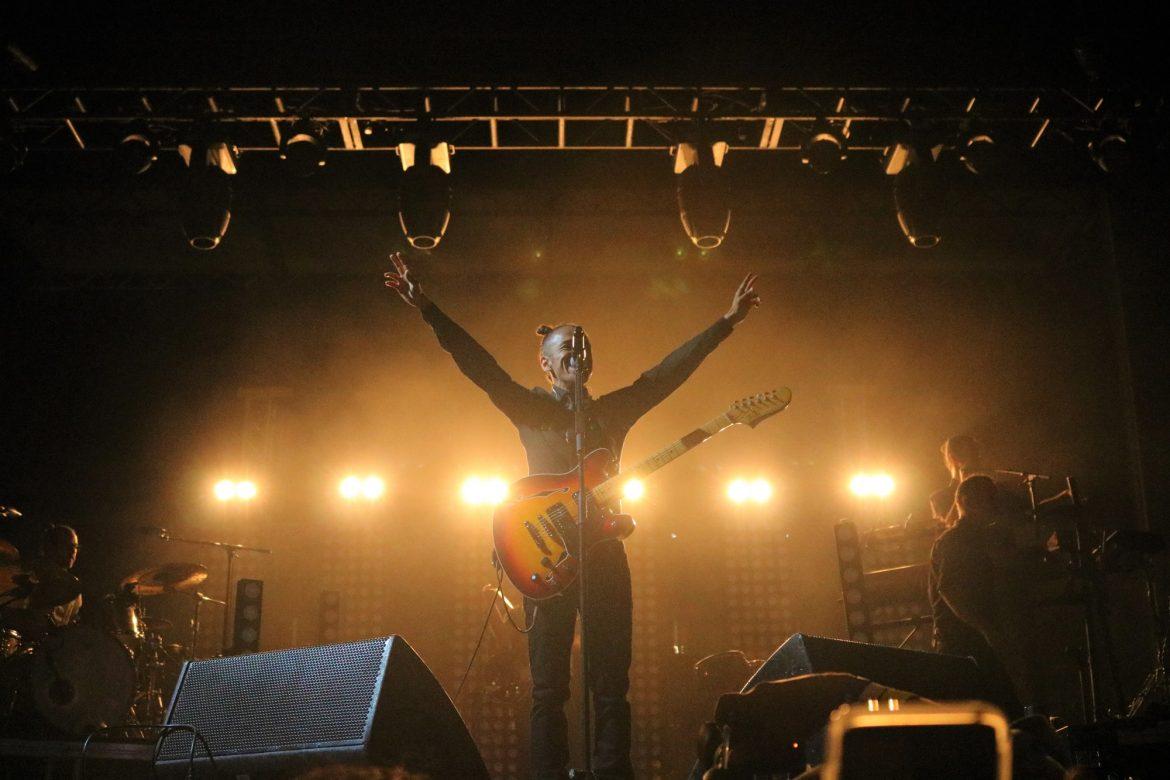 On its 5th anniversary, La Tocada couldn’t have opted for a better turnout. Produced by the entertainment producers of Live Nation and Frías Entertainment, the one-day event gathered thousands of people at the Los State Historic Park to share an experience of Latin American music, food and culture.

Most of the talent was from Mexico, with the exception of Chilean singer Mon Laferte. The event also featured a wrestling ring for concertgoers to watch a brief fight while they waited for their next favorite artist to come on stage. A five minute walk away from the stage, guests were able to buy something out of the many tents of indie clothing lines or get more info from multiple, local radio stations promoting themselves. The 90 degree heat did not people from attending the show.

Molotov was first on the line-up at 3:30 p.m. concluding the festival with Café Tacuba at 11:00 p.m. For every significant band playing for an hour, another up-and-coming band played on a smaller, second stage for half an hour while the main stage was getting ready for another set. The dynamic gave room for the music not to stop and guests would be able to see every band play.

Live Nation is also host to many other festivals around the U.S. including the Austin Music City Limits Music Festival, Lollapalooza, Electric Daisy Carnival and much more. La Tocada Fest is still a fresh addition to their catalog and a very successful one. It’s no surprise that big festivals like Coachella include Latin American artists in their line-up, but now festivals are being made especially for a Latin American audience.

Nevertheless, some concertgoers may feel like the artist line-up could be more diverse.

“I really like these bands, but I wish there were much more bands from other countries in the line-up,” Angelino Sanchez, an attendee at La Tocada, said.

Sanchez also added that he was happy with the event, but the lack of other Latin American artists may be a turn off to potential concertgoers. Nevertheless, it is clear that a more significant or diverse line up is not impossible. Last month, Ruido Fest took place in the Addams/Medill Park, Chicago. The three-day event featured bands from Mexico and other countries: Dread Mar I (Argentina), Los Mirlos (Peru), Playa Gotica (Chile), among others.

According to the Pew Research Center “California, Texas, Florida…and Illinois [along with five more states] contain 74 percent of the nation’s Latino population. The market for Latin American music festivals in these areas is only a matter of time.

It is important to know that the festivals I have mentioned don’t include other music Latino genres like Reaggeton, Bachata, Salsa or Mexican Banda. The rock scene, or “Latin Alternative” as some like to call it, is barely gaining mainstream popularity.

La Tocada Fest may become a two or three-day event as long as the producers would want to do so and there is a demand for it—and it all indicates there will be demand as time goes by. Fans will be expecting another Tocada next year.