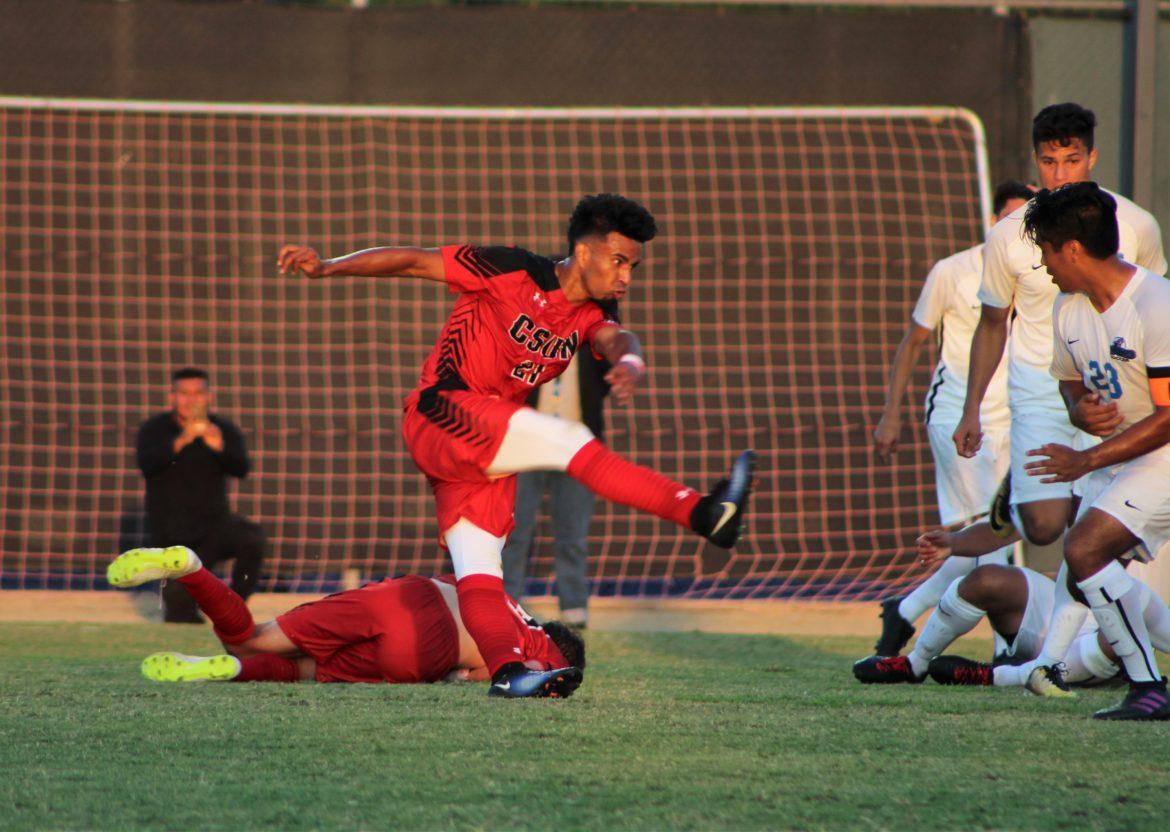 After finishing the preseason 2-1 and with an 8-3 goal differential, the men’s soccer team is all set to take on the challenge of a new season.

The team picked up wins over Cal State Bakersfield and Cal State San Bernardino but ended with a shutout loss at No. 1 Stanford.

Led by senior Andrew Rizeq and sophomore Daniel Trejo, things are looking good for the Matadors.

“This is the strongest team in my three years here,” Captain Rizeq said. “We have some really good freshmen.”

This team will have to be strong to survive a tough early schedule. Head Coach Terry Davila has scheduled key away games at UCLA, No. 24 Washington, and No. 22 Seattle University. These games will test the Matadors before they open conference play on Oct 3. on the road against Fullerton. The Big West Tournament begins Oct. 31.

Davila, head coach, raved about the progress that was made in training camp and preseason. This same progress will need to turn into results if the Matadors are to replace the production of departed senior Emmanuel Unsen Jr.

Unsen’s 11 goals in 20 games led last year’s squad. Davila was sure it would have to be a “team thing” and not one individual that would have to step up if his team wants to have a shot at the Big West title.

While Unsen has left, many stars from last year are returning to lead this team. Senior goalie Henrik Regitnig led the conference with 1.3 goals allowed per game and was the Big West Goalkeeper of the Year. Rizeq also earned himself second team all-conference last season.

But the player everyone is talking about is Trejo. After a freshman year in which totaled seven goals and three assists, there is no telling how far this star will rise, a sentiment his coach would agree with.

“It’s up to him,” Davila said. “He’s tremendously explosive and can keep improving every day as long as he stays hungry.”

Trejo tallied an early hat-trick in the 4-1 over San Bernardino.

Davila will be counting on Trejo to help lead his team as they open the season Aug. 24 at San Francisco State.

The Matador home opener will be Friday, Aug. 31 at 7 p.m. against New Mexico.