Chief Glavin to retire after 43 years of service 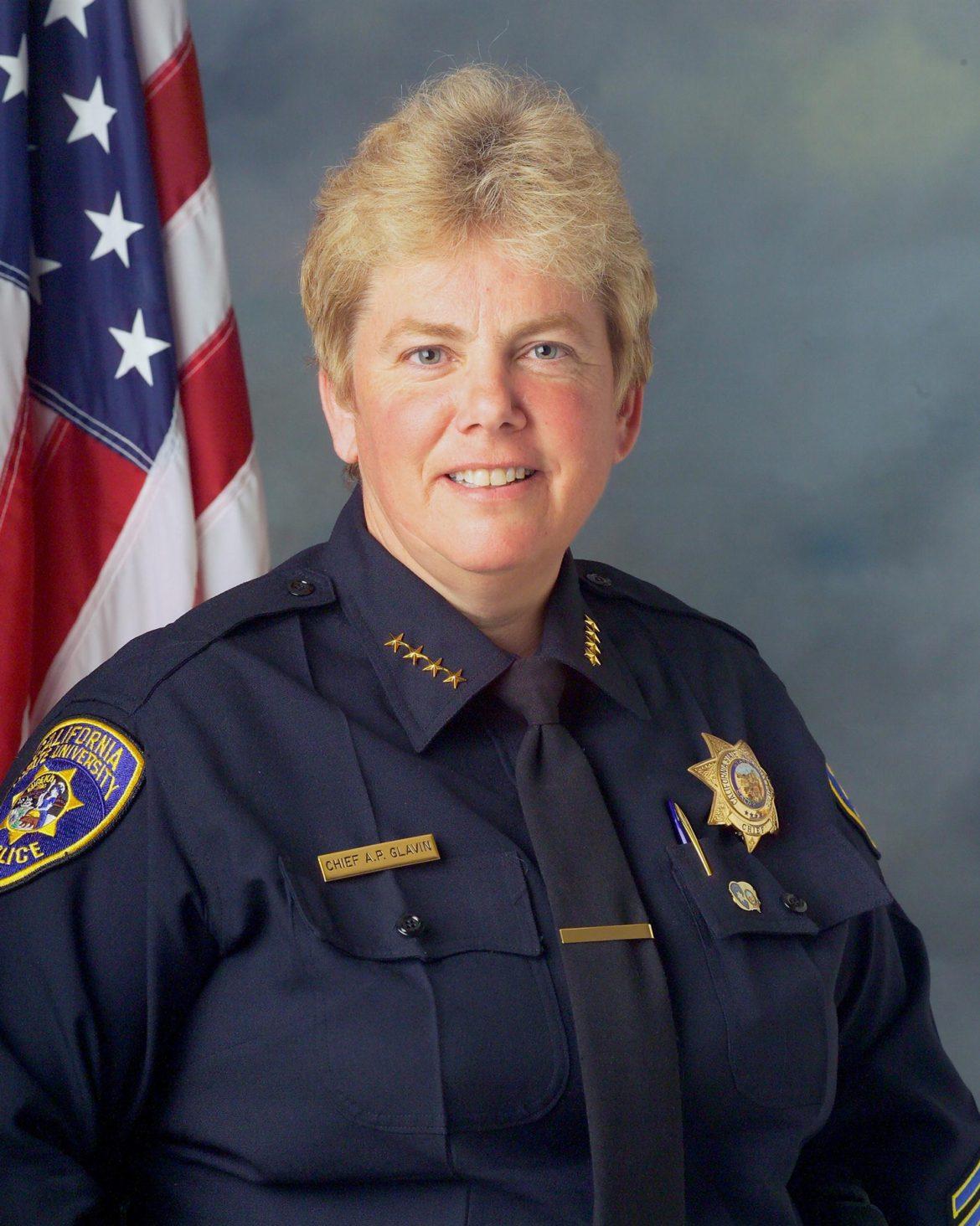 CSUN Police Chief Anne P. Glavin has accomplished many firsts over the 43 years she has served in law enforcement.

She was the first woman to graduate from Waltham Police Academy in Mass., the first to serve as a field officer on patrol at the Massachusetts Institute of Technology police department, the first in the country back in 1987 to become Chief of Police at a major university and the first woman to be given the position of Chief here at CSUN in 2002.

Now at 65-years-old, Glavin is ready to part ways with the CSUN Police Department and will be retiring toward the end of the semester in December.

Glavin wasn’t always interested in a career in law enforcement. She originally wanted to become a teacher and studied political science at Wheaton College in Massachusetts
before an eye-opening internship changed her mind.

The Massachusetts Committee on Criminal Justice started a new internship project to put the first nine women onto the Newton Police department and Glavin joined in this effort for an entire school year.

“Literally, it was fascinating,” Glavin remarked. “Our study pretty much proved through the statistics that physical agility testing was very much discriminatory to women and minorities.”

As one of the original founders, members and former president of National Association of Women Law Enforcement Executives (NAWLEE), Glavin stood up against the gender discrimination that existed in police departments throughout the country.

Once, while she was still in the academy as a 22-year-old recruit, a commander came to speak. She hadn’t expected the topic to be about women in police work.

As soon as he started speaking, Glavin didn’t get the impression that this commander felt women were competent to go out with a male counterpart and make arrests. Instead, he insinuated that they were the weaker sex.

“Was he talking about me? It was kinda hard to relate to that,” she said with a chuckle. “Both of my parents were teachers and they brought me up to believe I could do anything and be anything I wanted to be.”

With this mindset, a young Glavin took advantage of the opportunity to join the MIT Police Department and continued to climb the ladder till she eventually became Chief of Police and upward.

In 1996, she was awarded the Susan B. Anthony Award by RAD Systems, a self-defense program that she later expanded to include partnership with the Department of Kinesiology to offer the program for course credit here at CSUN.

The year 2008 hallmarked the year she became Director at Large of the International Association of Campus Law Enforcement Administrators, IACLEA, and for accrediting the CSUN Police Department for the first time. The department just finished its third re-accreditation during this past summer and was highly praised by the lead assessor.

A true testamnet to Glavin’s vision as a leader is the 2011 case of 22-year-old David Emerson. Emerson, a CSUN Student who had been displaying red flags of mental illness, was arrested for possessing explosive devices and a gun on campus due to the intervention of housing staff who led him to counselors and ultimately, the police.

“A bad thing was going to happen at this school and it got prevented from happening because [housing staff] did what they were taught to do in our educational program,” Glavin said.

That case is now a FBI case study for trainees as an example of how to asses such threats effectively.

Police Operations Captain Alfredo Fernandez noted that when Glavin first came to the department, she came “to institute change” and to make sure CSUN had the best CSU police department.

“People underestimated her but she accomplished this goal,” Fernandez said.

It was through services like the Housing Community Policing Team, Matador Patrol and the much loved K-9 Unit, that Glavin was able to decrease crime, make the department visible and build the fabric of the community.

“I am very proud of my team. I’m very proud of their efforts over the years.” Glavin said fondly. “To me, accreditation, professional law enforcement and accountability are everything. We have a lot of great officers who understand that and go forth and deliver that everyday.”

She gives this advice for anyone who is building a career in law enforcement:

“Go and look for the job nobody wants to do, find that job and do it better than anyone could possibly do it.”

Correction: an earlier version of this story stated that Glavin studied at MIT and implemented the RAD program to CSUN Police Services.