The horrific reality of gun violence in 2018 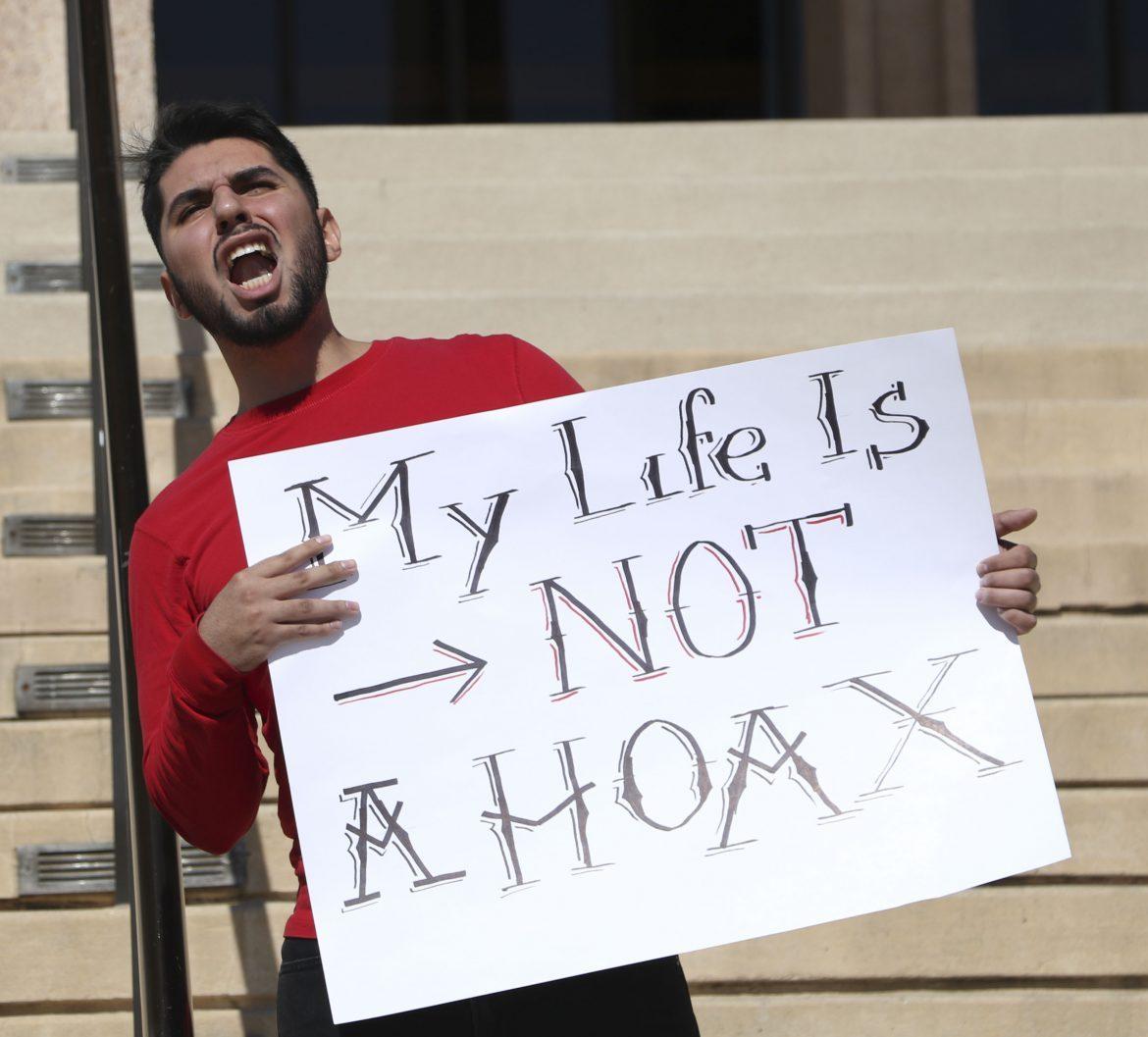 Daniel Gomez yells out a chant as he protests against the “Gun Hoax” and how the school police handled the situation in front of the Oviatt Library. Photo credit: Daniel Valencia

The United States has had 234 mass shooting in 2018 alone, according to the Gun Violence Archive, making Sunday’s Jacksonville, Florida shooting the most recent tragedy of gun violence this year.

David Katz, 24, opened fire on fellow competitors of The Madden NFL 19 Tournament killing two, including 21-year-old Elijah Clayton from West Hills California, then turning the gun on himself.

Just six months prior, the Parkland shooting left 17 students and faculty dead, and a month from now will be the anniversary of the Las Vegas shooting that killed 58 concertgoers.

Schools, concerts and competitions are places that deserve to be safe spaces but somehow terror and violence have ended that. We are left with the questions of where are we really safe and if guns are meant to protect us, why are so many innocent lives being taken by them?

It’s a sad realization that we are slowly becoming desensitized to how often mass shootings are occurring, but also more aware that they can happen anywhere. Last semester, I was on campus when the “hoax” gun scare happened and I had to make the call to my mom that I never wanted to make, that I was okay but she needed to stay calm and pick me up because there may be someone with a gun on campus. I never thought those words would come out of my mouth and I never want to make a call like that again.

I’m not sure where we go from here because the question of how to stop gun violence doesn’t have a simple answer. I think we can agree that something has to change and I believe our generation is the one that will push for it.

The Parkland shooting sparked the “Never Again” Movement created by the student survivors of Marjory Stoneman Douglas High School to advocate for stronger gun control. This was a call to action to let Americans know that enough is enough and human lives are more important than the inanimate object used to kill them. Whether we would like to accept it or not, the gun was created to kill and it no longer feels like a symbol of safety but more like a symbol of fear.

It is with fleeting hope that I say maybe, just maybe, Sunday’s shooting will be the last of 2018, and we as citizens can start advocating for a change that can stop these tragedies from happening.