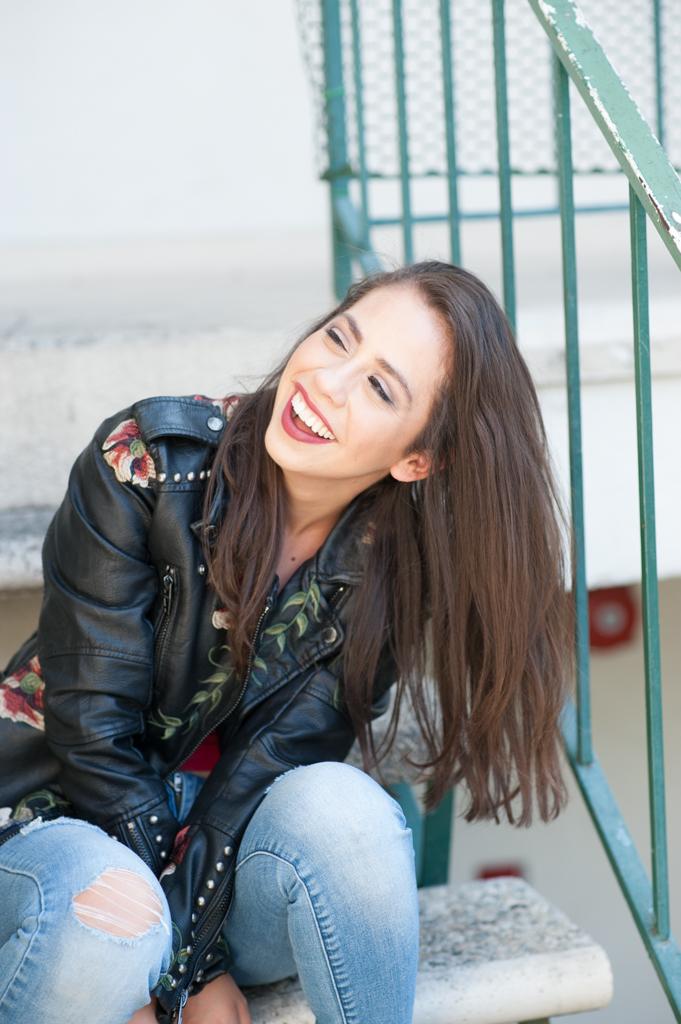 Raquel McPeek Rodriguez is a young, deaf Latina actor who is making her mark in Hollywood in NBC's "Chicago Med." Photo courtesy of Sixtos Talent.

The life of an aspiring actor in LA is rife with contradictions that weave between the presupposed glamour and the not-always-so reality that CSUN alumni, Raquel McPeek Rodriguez, is becoming all too familiar with.

A last-minute interview with The Sundial was granted, sandwiched between Rodriguez’s 9-to-5 retail job and promo for a new role she landed on NBC’s medical drama, “Chicago Med.”

“I take off to Kentucky tomorrow,” Rodriguez said of her packed schedule.

She said she is planning on attending an event catered to the deaf community, one that she proudly identifies with and is a part of, in the hopes of getting their support behind the show.

Rodriguez is very aware of how small the community of deaf actors in Hollywood is, made evident when asked if she has any fellow deaf actors she looks up to.

“Well, Marlee Matlin, of course,” she said. “But there aren’t too many deaf Latina actors to really look up to.”

Rodriguez was born in Guatemala and adopted as a little girl. She moved with her adoptive parents to the U.S., living in several states before settling in California.

“I grew up in Van Nuys, I’m totally a valley girl,” Rodriguez said.

One of her early memories is of her living in Alabama as a child with her father as the lead influence of her having a desire to perform.

“We lived with migrant workers and my dad used to perform puppet shows for them,” Rodriguez said.

Her first film gig was on the Freeform show, “Beyond.” Since then, she’s been on “Pretty Little Liars” and now “Chicago Med.”

More recently, she booked a pilot for a show produced by Paul Feig and is waiting eagerly to see if a major network will pick it up.

Rodriguez just turned 28 and has been in this business for a large majority of her adult life. She laments on how Hollywood has come so far in terms of diversity but still has some ways to go.

“I hate it when a non-deaf actor gets deaf roles,” she stated.

Hollywood has a tendency to overlook actors in favor of bigger names or non-minorities and even when Rodriguez manages to audition for a deaf role, they can sometimes be overly stereotypical.

“One time I went to an audition and the character was deaf and gets attacked from behind,” Rodriguez explained.

She took out her hearing implant to get more into the role and when she was doing the scene she had to scream and act like she had been attacked.

“The producer told me, ‘We want you to sound more deaf,'” Rodriguez said. “You just have to keep going, people are going to try and shut you down but just keep going.”