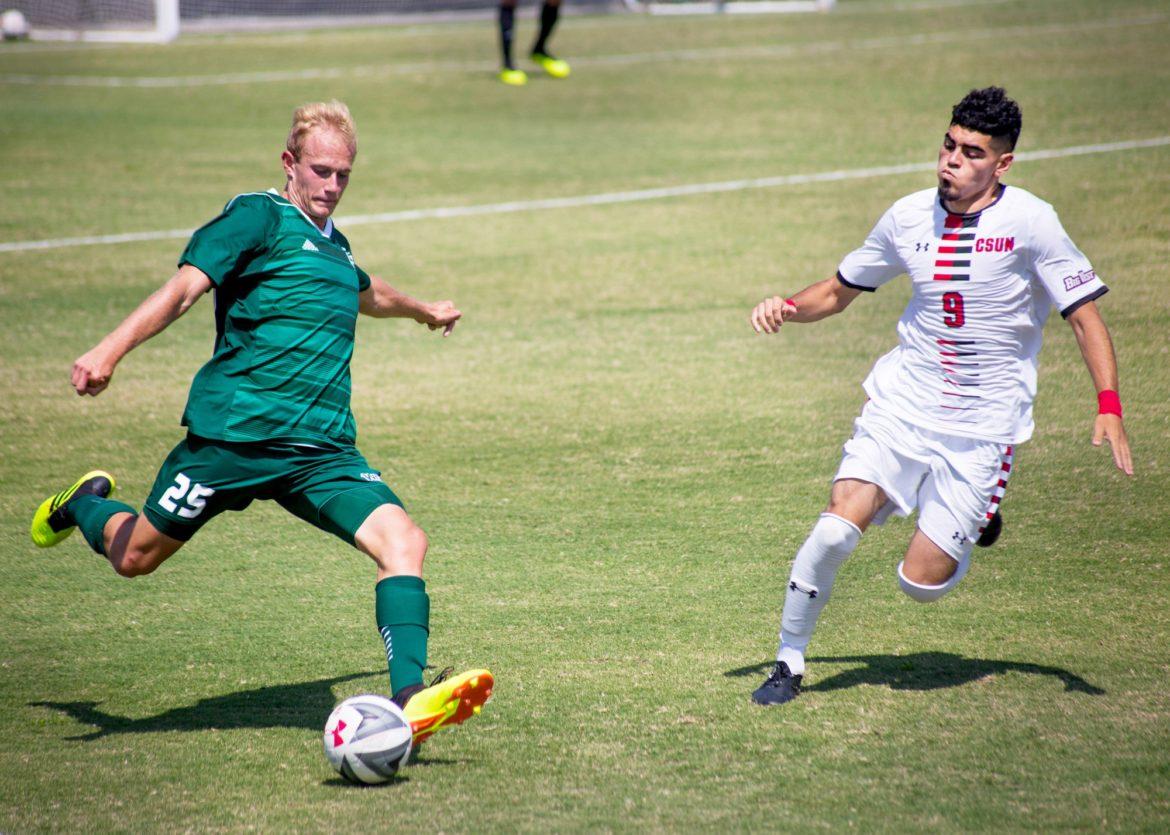 The Matadors returned home following a loss at Washington University on Friday, before getting an overtime win at Seattle University on Sunday.

The game against the Washington Huskies had an ominous start, with rain starting to come down just before kickoff. Then, the Matadors thought they had the first goal of the game after only seven minutes, but it was ruled out for offside.

“I think the referees got it right,” CSUN assistant coach Zach Feldman said after watching the game film.

The Huskies then took control of the game as they gained a 2-0 lead in the first half.

The score remained that way until Rodriguez headed a free kick into the back of the net from Jumoke Hutton making it it 2-1, though that would end up being the final score in this top 25 battle.

“We lost the game in the first half,” said CSUN head coach Terry Davila. “We did not perform to our team’s expectation. To beat Washington at Washington, our team had to perform at a higher level.”

The second match of the weekend was another tight affair, but this time CSUN ended up on the winning side.

Rodriguez scored his third goal of the year on a cross from Daniel Trejo from the right side to put the Matadors up 1-0 early.

Near the end of the first half, Seattle’s Connor Noblat received his second yellow card of the match and the Redhawks were then forced to play with 10 men for the rest of the game.

This was the first time this year that CSUN would be playing a man up, but Feldman said Davila has “prepared the team for these scenarios.”

The Redhawks managed to tie the game after 86 minutes and forced overtime. Rodriguez then got his second goal of the match after just two minutes to seal the win for the Matadors.

“It was like a total team effort,” Feldman said after the game. “Obviously the boys were down after the game on Friday and we rallied back. We put a very nice performance together.”