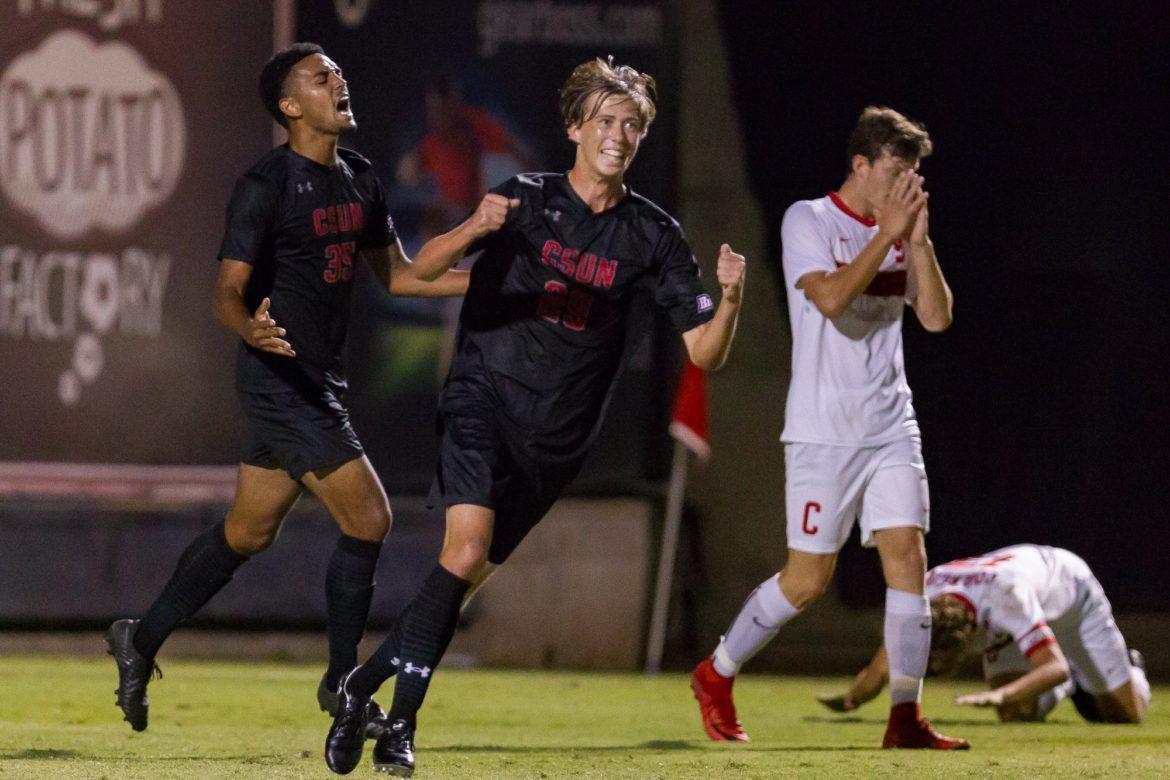 Michael Flores led the Matadors with a goal and an assist as the men’s soccer team earned a 3-1 victory over No. 17 Cornell at home on Friday night.

The first half saw plenty of chances for both sides, yet neither was able to capitalize as the score remained deadlocked with no goals going into halftime.

Once the game resumed, Wolfgang Prentice wasted no time scoring his third of the year 3 minutes into the second half to put his side up 1-0.

Flores would get his first goal of the season after 64 minutes. The forward dribbled past two Cornell defenders to open a lane for a shot. This came just a few minutes after the referee waved off a penalty call when Flores went down inside the penalty box after he seemed to be tripped up by a Cornell defender.

Cornell would get a goal back 10 minutes later to make it 2-1, though it would be canceled out almost immediately after through Daniel Trejo’s fourth goal of the year a minute later.

Trejo made an impressive, lung-busting run from his half, played a one-two with Flores and then used his speed to get by the defense and shot it past the goalie to make it 3-1 after 74 minutes.

“It’s one of my favorite things to do,” Trejo said about that play. “I know my speed. I use my speed to my advantage. Great ball from my teammate Mikey and I was able to execute the play.”

Head Coach Terry Davila praised his defense after the game, saying that Cornell played more physically in the first half, something he tried to negate in the second half.

“I think they won more balls than us in the first half,” Davila said. “That kind of hurt our offense. In the second half, we kind of wanted our defense to spark our offense, and I think it did.”

Last week’s Big West Offensive Player of the Week Johnny Rodriguez was unable to get on the scoresheet despite a few good efforts, but Davila said that this is a good thing for his team, that “you can’t really key in on one person” and “we have a lot of weapons.”

Both Matador sides have played well at home where the defense and reigning Big West goalkeeper of the year Henrik Regitnig have conceded just two goals. The offense has done their part as well totaling now 10 goals at home.

CSUN will head to No. 11 UCLA on Sunday, Sept. 16 at 7 p.m. UCLA’s sole loss this season comes from a 1-0 defeat to San Fransisco, the same team CSUN scored two goals on but fell short in the season opener with out Regitnig.

The Matadors then make another short drive to Loyola Marymount on Thursday, Sept. 20 before returning home to play San Diego on Sunday, Sept. 23 at 7 p.m.

This is the final stretch of games for the Matadors before Big West action begins in October.