Students had an action-packed Matador Nights 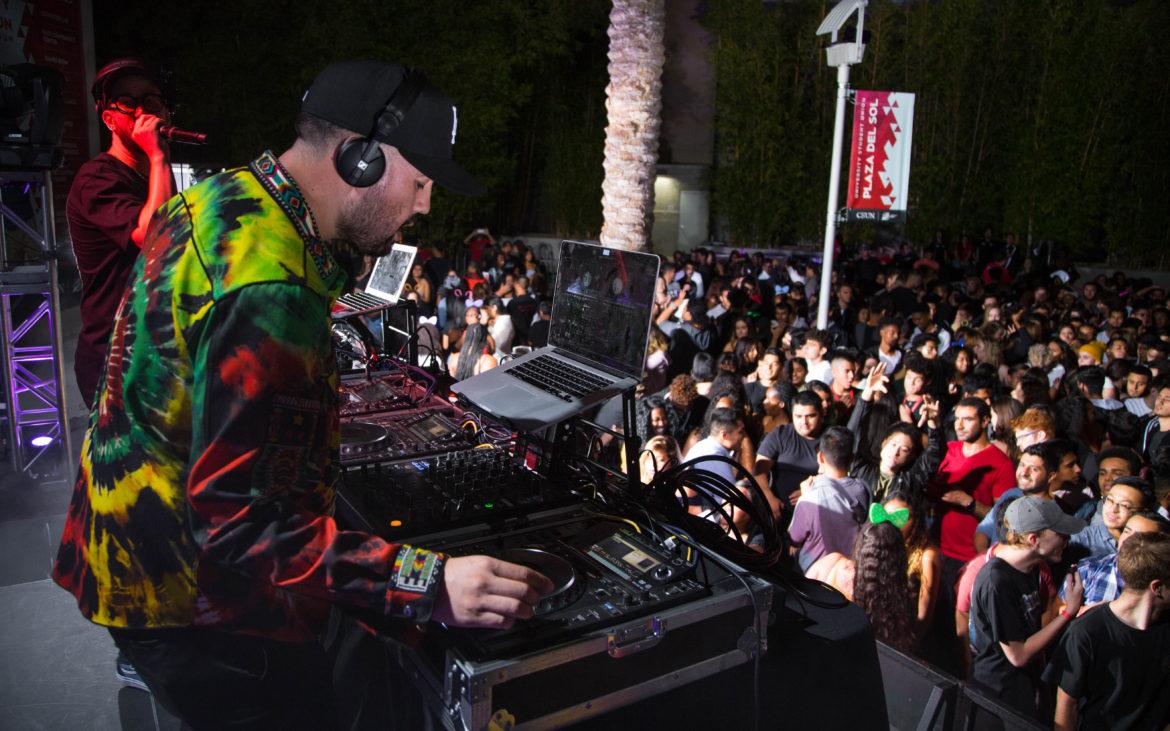 Matador Nights, also known as “CSUN’s Best Party Every Semester,” brought on an action-packed night for students on Friday with the presence of the world’s largest Volkswagen bus and the return of LA’s DJ duo, the LA Leakers.

The night started off with the performance of Hollywood’s twin DJs the Deux Twins, Jaimee and Brigitte Navarrete. For the first half of the night, the Deux Twins performed some of their mixes for students who wanted to jump straight into the dancing and singing at Plaza del Sol in the University Student Union (USU).

At 10:14 p.m., the Deux Twins said their goodbyes and headed out, but in turn brought Power 106 DJs, the LA Leakers, onto the stage for the remainder of the night.

With the return of the duo DJ Sourmilk and Justin Credible as guest performers for the third time at Matador Nights, they knew how to keep most of the attendees grounded at Plaza del Sol with their heart-pumping electrifying song combinations for the remainder of the show.

“This is my first time at Matador Nights but I’m really enjoying it,” said Silvestre Sanchez, 20-year-old kinesiology major. “To see these two guys up here is pretty dope because I listen to them on the radio a lot.”

Alongside the party lights and music were other events as well.

Behind the Plaza del Sol Performance Hall was Walter the Bus, a 1963 airport crash truck later converted into the world’s largest replica Volkswagen bus. The 50-seater bus used for events nationwide soon became the attraction for colorful photos at CSUN with its eye-grabbing neon-themed lights.

Also found behind the Performance Hall was Tornado, the spinning carnival ride which consists of six to eight individual spinning carts that can seat up to four passengers each.

“I rode the Tornado ride once but it was super fun; I would have gone a few more times but the line was super long,” said 18-year old marketing major Kevin Sanchez.

The Grand Salon, normally used for meetings, presentations and gatherings, also became a center for entertainment with its transformation into an arcade center with various games to play.

Other games included “Dance Dance Revolution 2,” the physically intense dancing game against an opponent, as well as air hockey and the basketball arcade machine where two players compete against one another in an attempt to score more points before the clock runs out.

Other fun attractions included laser tag at the Northridge Center, face painting and a photo booth where people could take photos with goofy props together.

With approximately 4,000 tickets distributed to students in the past weeks, according to the USU Marketing Manager Michael Niles, there was plenty of fun to keep everyone happy and busy for the entire night.

The next Matador Nights is set for Spring 2019.