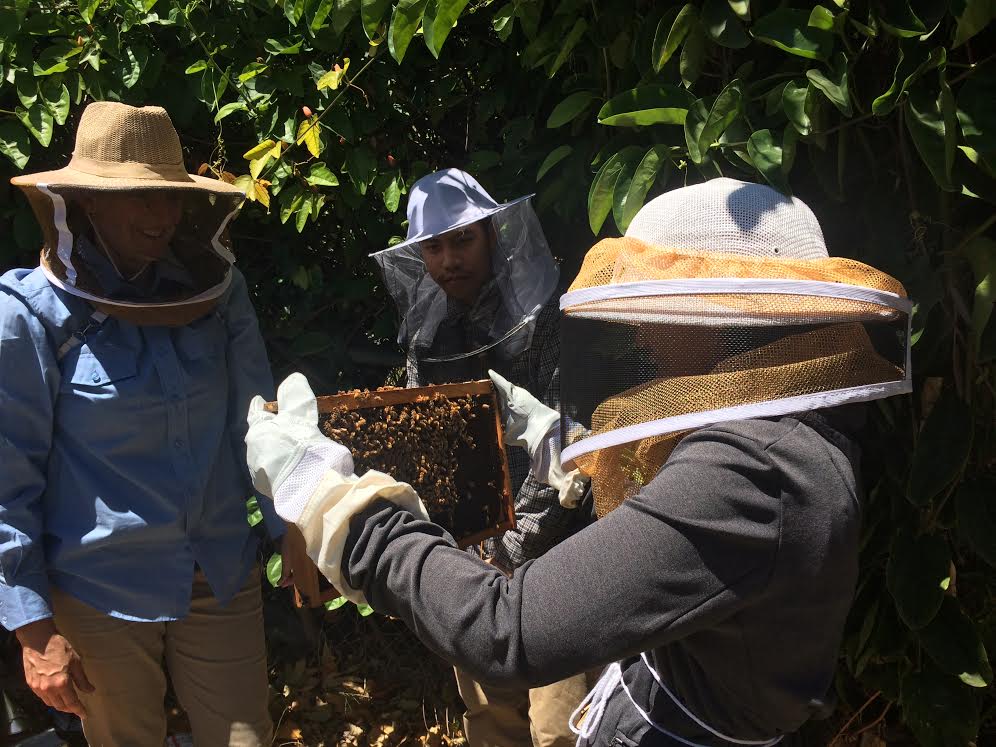 Apiphobia is the fear of bees or bee stings, and while it is easy to profile bees as a dangerous threat, Rachel Mackelprang, associate professor of the biology department, gets up close and personal with them first as a hobby and now as a research study.

Eight years ago, Mackelprang helped her father harvest honey from the bees that he had been keeping in his home. In that time, she got so acclimated to being around them that she developed an affection towards them.

She turned her passion into a potential project that she could use for academic research.

“I look at the symbiotic bacteria in a honey bee’s gut,” Mackelprang said.

A bee’s stomach is vital in determining and furthering its health.

Part of her study is to set up hives and to look at the different factors that influence the bees’ guts. In the two years of research, one of her major discoveries is that seasonality plays a large role in the developments of the bacteria in their guts.

Honeybees get nectar from flowers by combining it with enzymes in their mouths, and they then store that mixture in a pouch inside their abdomen.

However, if weather isn’t conducive to the flowers, like during the winter, bees don’t have the same interactions with their typical elements.

She acknowledges just how crucial bees are to our food supply and overall environment. Approximately one-third of the food we consume in a day relies on the pollination of bees. Many vegetables, fruits and crops we eat need pollination from bees, which doesn’t even account for the manufactured food products we create from these ingredients.

Her research could provide insight into the relationship of a bee’s microbiome, the total microorganisms and their genetic material within their bodies, and in the grand scheme of most scientific research, would help better understand human’s microbiome and how bacteria interacts with us.

Mackelprang recounted a very recent incident when filming was being done on campus and a group of bees made a makeshift nest on a cameraman’s equipment.

A large swarm of bees made the workers apprehensive, so she was called in to handle the situation. She than transported the bees to a hive at a different location.

She said that she prefers being called during these kinds of situations instead of people harming or hurting the bees in a panic.

Mackelprang harvests the honey here on campus with the help of a few of her students. She’s already in the beginning stages of harvesting, which is accumulated in a huge bin that she has in her office, and is in the process of harvesting more.

She has partnered up with the Marilyn Magaram Center, CSUN’s food science, nutrition and dietetics center, to bottle the honey and sell it. She funds her research on her own, and the proceeds of these sales will help aid and further her studies.

She has plans to get her product to the farmer’s market on campus as well as releasing her studies to various scientific journals in the near future.