Men’s soccer knocks off another ranked opponent; win streak moves up to three 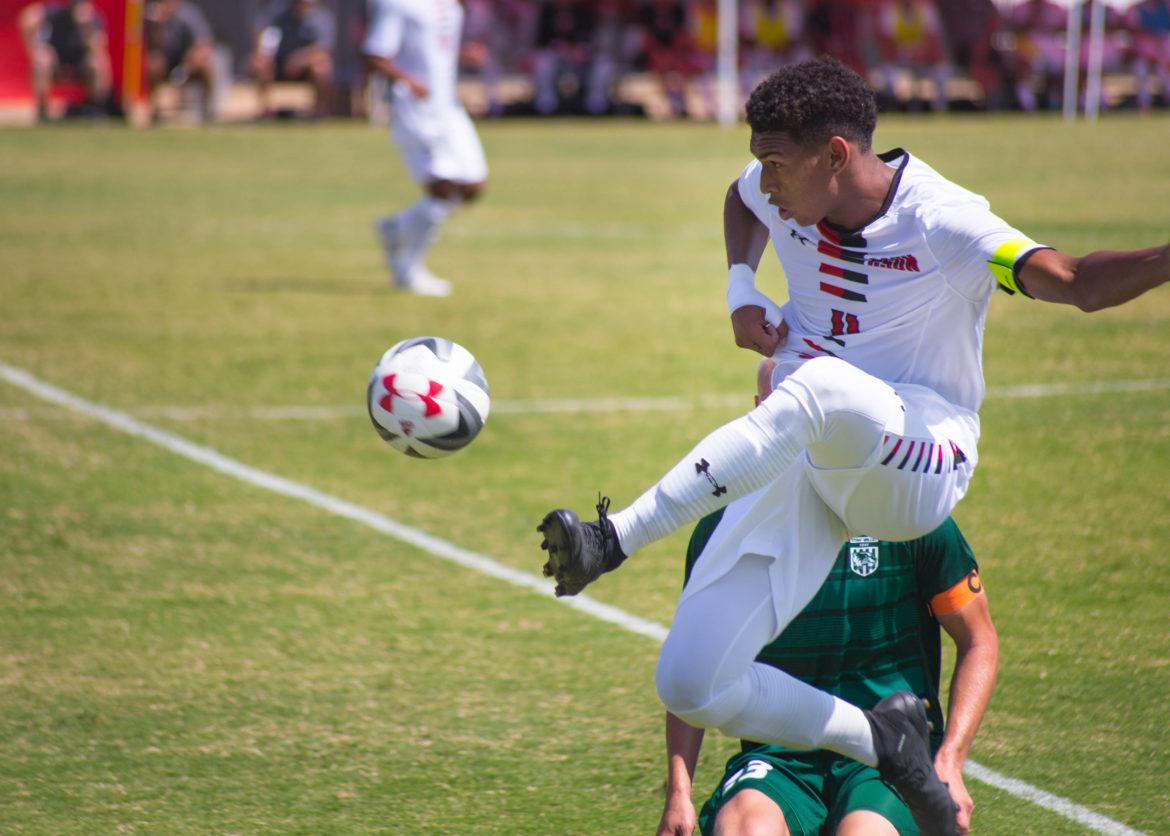 Daniel Trejo and Wolfgang Prentice each scored a goal on Sunday to propel the Matadors to a 2-1 comeback victory on the road over No. 11 UCLA.

The men’s soccer team is now ranked No. 13 in the Top Drawer Soccer Top 25 after a pair of wins over the weekend against ranked No. 17 Cornell and UCLA teams.

The Bruins took the lead after 24 minutes from a penalty kick by Matt Hundley. The referee pointed to the spot after Hundley wrong-footed Andrew Rizeq in the box. He had tripped Hundley, leading to the awarded penalty kick.

The score remained 1-0 at halftime. The Matadors had trouble bypassing the Bruin’s high press throughout the first half.

“I thought we were a little too predictable in the attack,” head coach Terry Davila said about the team’s first-half performance.

The second half was a completely different story though, as CSUN began to move the ball quicker and with more intent.

The increased pace forced UCLA to defend deeper. A surplus of chances came in the opening minutes of the second half, but Justin Garces, UCLA’s freshman goalkeeper, stayed sharp.

The Matadors would finally break through after 60 minutes with Wolfgang Prentice’s fourth goal of the year. The freshman forward followed up on a shot by Trejo that was pushed back into the box by the goalie. He fired a powerful left-footed shot into the back of the net to tie the game at a goal apiece.

“Wolfy is relentless,” Davila said about Prentice. “He has no fear. He has a great attitude for the game.”

A minute later, Trejo again found himself in a good position in the box. However, he ended up on the ground appealing for a penalty. The referee determined that Trejo was simulating a foul and gave him a yellow card.

Despite that call, Trejo would put the Matadors on top with some nifty passing around the box. Michael Flores chipped the ball behind the defense to Johnny Rodriguez, whose pass to Trejo was blocked.

The ball ended up falling to Trejo in the middle of the box. He used his left foot to beat the goalie for his fifth goal of the year and put his side up 2-1.

“It’s pretty hard,” Flores said about breaking down the UCLA defense. “They’re a really good team. They cover the spaces in behind and in front of me, so they had me running to the keyspaces and whenever I saw my chance, I got the ball and I turned on it.”

The Bruins would continue to push for the equalizer, earning another penalty after 76 minutes. Mohammed Kamara would take it and miss wide left, past the extended hands of goalkeeper Henrik Regitnig.

Regitnig, last year’s Big West Goalkeeper of the Year, was a key reason why CSUN was able to edge out the victory. Minus the penalty in the first half, the senior didn’t flinch all night. He made five saves and guessed correctly on every cross to deny any chance of a clean shot on goal.

“He’s been solid,” said Davila. “You know what you’re gonna get every game. He’s a very good, athletic, focused human being. No game is too big for him.”

After the win, CSUN now sits at 6-2-0 (3-2 on the road). This marked the team’s second straight win over a ranked opponent after beating No. 17 Cornell on Friday.

“What’s good about that is UCLA (had) five days off and we (had) one,” Davila said about the team’s work rate after playing 180 minutes over two days. “That’s the thing that doesn’t get written about. Pretty impressive by us.”