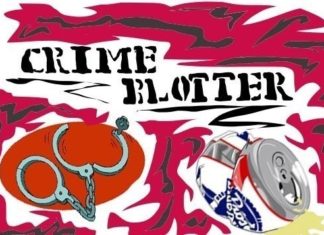 A hit-and-run occurred at Parking Structure B3 level 2 after an unknown suspect hit a parked vehicle between 6:15-8:35 p.m.

It was reported on Aug. 29 that an unknown suspect used a lost student I.D. card to check out equipment from the Oviatt Library.

It was reported that between Aug. 1 to 17, an unknown suspect stole two chairs from Bookstein Hall, room 1133.

A victim had his bicycle stolen from a rack on the north side of University Park Building 12 between Sept. 10 to 11.

At the south side of the Klotz Student Health Center, an unknown suspect had his bicycle stolen from the rack.

A hit-and-run occurred at Parking Structure B3, level 4 when the unknown suspect left the location without providing information after hitting a parked vehicle.

A warrant allowed CSUN officers to arrest a suspect for possessing a knife and vandalism tools at the intersection of Vincennes and Lindley at 2:38 a.m.

CSUN officers arrested a suspect for driving without a license at the intersection of Zelzah and Plummer.

At CSUN Reseda Annex, a black marker was used by an unknown suspect to graffiti a pillar on the west side of the building.

Between 2-4 p.m., a bicycle was stolen from the rack on the southwest side of the Student Recreation Center.

An unknown suspect used a stolen debit card to make two purchases at the Walmart on Fallbrook Avenue.

Three individuals were reminded of the university’s skateboarding policy at the Bookstore Complex.

A bicycle was stolen from the south side of Chaparral Hall by an unknown suspect.

A traffic control arm was damaged near Parking Lot F2.

It was reported that on Aug. 13, an unknown male kicked a victim and ran after engaging in a verbal altercation at Parking Lot G4 between 12:30-1 p.m.

Three unknown men stole an electric cart and then abandoned it at Bayramian Hall before CSUN officers arrived.

It was reported that between Sept. 14 to 17 an unknown suspect wrote graffiti on the wall of the first-floor men’s restroom at Sequoia Hall.

A laptop computer was stolen when it was left on a table at the Freudian Sip Café between 10:50-11 a.m.