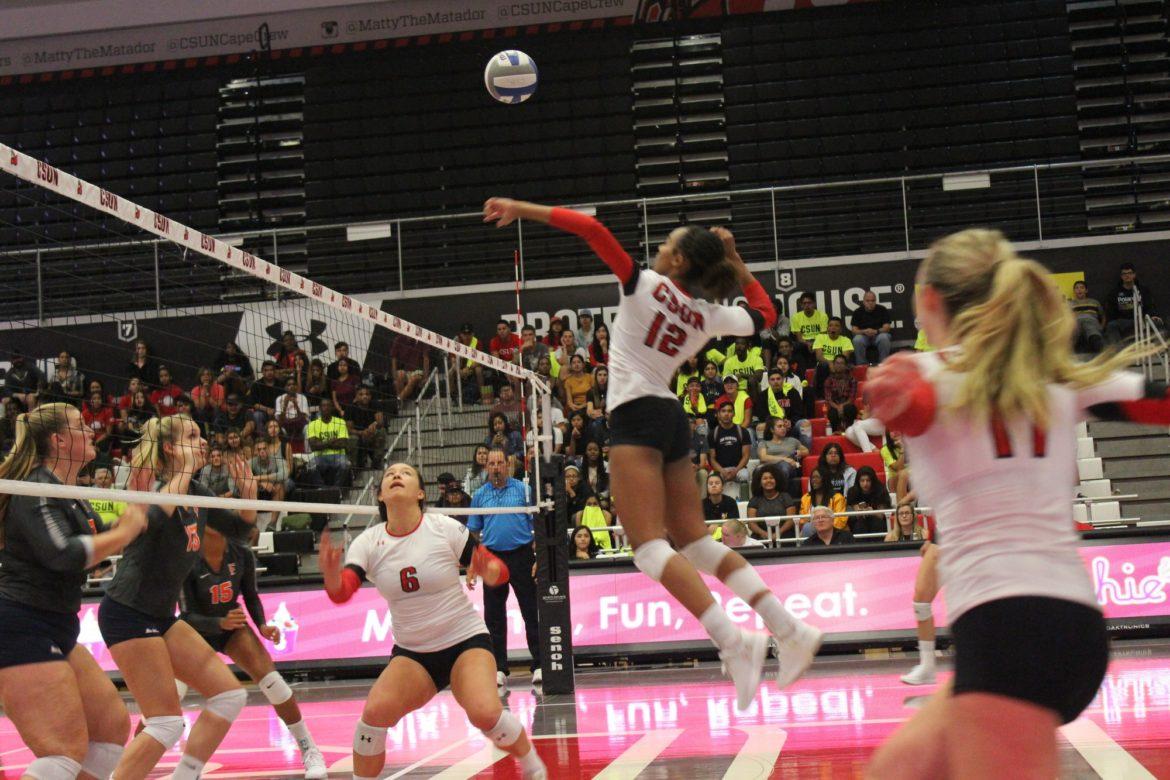 CSUN’s offense surged with the team blasting 43 kills to overpower the Titans who only registered 25. The kills total is a new season high for the team in a three-set match.

Senior Aeryn Owens had a nearly routine game with 15 kills while swinging .462. Owens took 10 less swings than she took in each of the last two games.

Freshman outside Lexi McLeod had a nice bounce back game with 9 kills and 6 digs.

“We have been really busy traveling these last four weekends,” said McLeod. “So it was nice come back in our home gym and get this sweep over Fullerton.”

CSUN commanded the first set and after six unanswered points the Matadors lead remained comfortable throughout the set.

The Matadors were in control in the majority of the game and aside from a sloppy second set where CSUN gave the Titans 11 points off errors. Fullerton accepted this gift but also gave back 10 errors of their own.

The final set was all CSUN. The team went on five separate runs where Fullerton had no answer for Owens’ six kills in the third set.

CSUN seemed confident throughout no matter the score, prompting Stork to not touch any of his timeouts.

“Lexi did play much better,” said Stork. “She’s always been a great backcourt player. It’s nice to see her hitting numbers go up.”

McLeod noted the team will look to work on blocking for the upcoming match with Long Beach.

“They have a pretty good offense. We need to be on our good blocking game that night,” said McLeod.

The team’s defense looked solid in the win over Fullerton with six team blocks but there is always room for improvement on a Stork team. The team also tallied 35 digs led by back row phenomenon Kristey Markle who had 13 digs and two assists.

Long Beach is currently on a three-game win streak following their Big West opener performance with a sweep over UC Riverside. The Beach posted very similar stats to the Matadors.

The two will meet Saturday Sept. 22 for each team’s second Big West game. The first serve goes up at 7 p.m.