Racist tirades in the midst of the Trump Administration 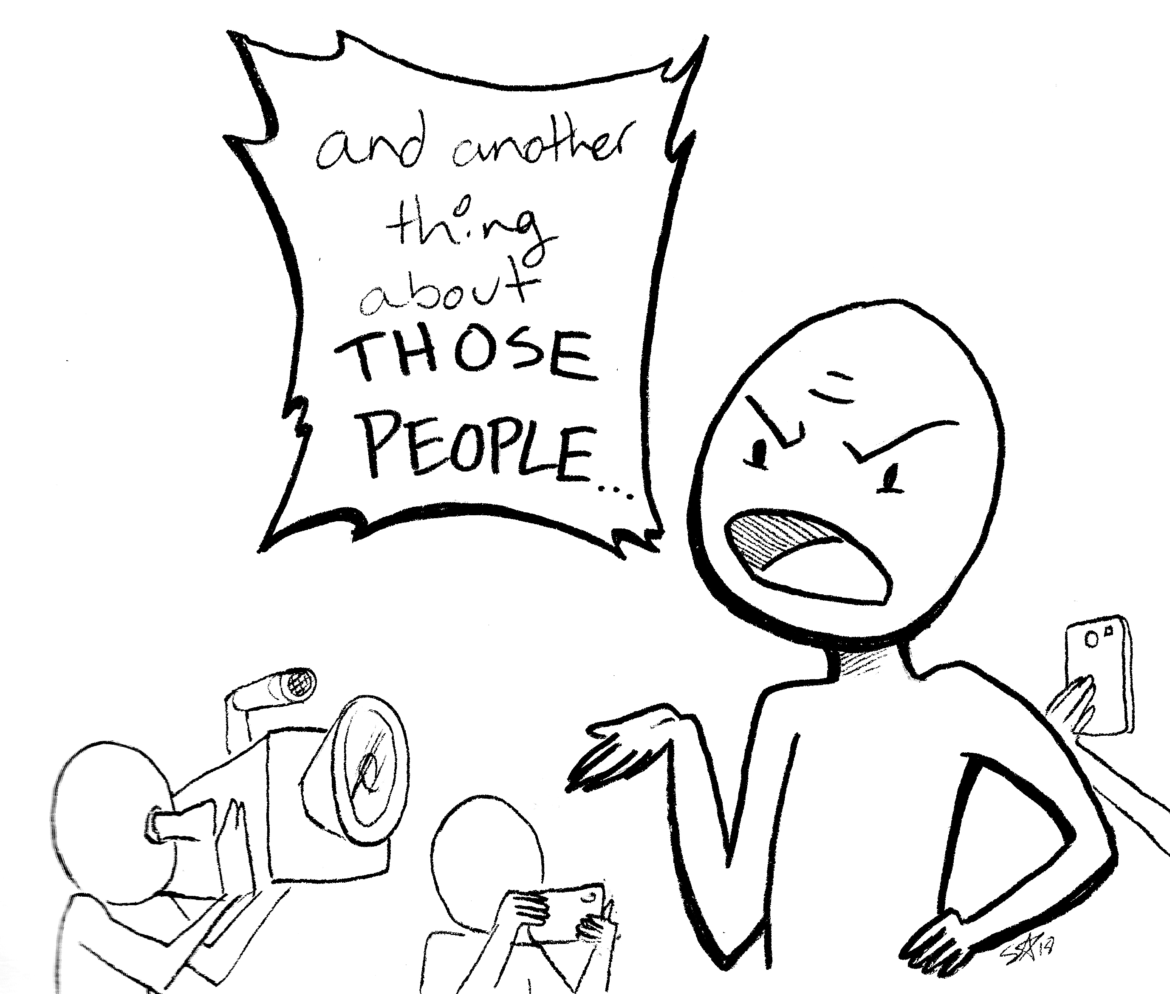 In the era of the Trump administration it can be said, without uncertainty, that both a racial tension and racial divide has progressed. Viral videos of insensitive prejudice attacks are now, more often than not, considered the norm. Social media is constantly being inundated with white Americans boldly proclaiming their racist insensitivities without fear of repercussion.

One of the most recent videos to garner such recognition was posted on Sept. 12, by a half-Filipina, half-English woman by the name of Selina Cairel.

Outside a donut shop in Portland, Oregon, Cairel was subject to verbal brutality by Sierra Measelle who, seemingly unprovoked, hurled racial epithets and stereotypes at Cairel.

“Before you say anything, you might want to make sure you’re actually legal and then call the cops,” and “She’s Asian; she can’t see, that’s why she can’t drive,” said Measelle.

It is much easier to assume that these racial outbursts are contributed to the “heat of the moment.” In an attempt to defend themselves, racists are reaching for the only kind of defense they have, and this action is done without fear of consequence regardless if the encounter is being filmed on a smartphone.

Measelle was not the first and will not be the last in a series of racially driven arguments. She, much like her predecessors and successors, will only feel the need to post a hand-typed apology, as Measelle did to her now-private Instagram account once the video received worldwide media attention.

“I am sorry for the ignorant, hateful comments I made to her and her friend. I’m ashamed I let my emotions get the best of me and I reacted in such a hurtful manner that goes completely against my beliefs and morals. I’m extremely disappointed in myself and my lack of empathy,” said Measelle in an apology.

It can be argued, with sufficient evidence, that public statements such as the aforementioned are only issued not by way of regret, but in an attempt to redirect the narrative and allow society to believe that they made a “one-time mistake.” That in the heat of the moment they allowed their emotions to get the best of them and are “truly sorry” since the video has reached millions of views. That this isolated incident is not evidence of their true character and they should not be held accountable despite the evidence that portrays otherwise.

It is hard to believe apologies following a vicious attack from racist perpetrators are coming from anywhere else besides the need to protect themselves. But in all honesty, who would be able to blame them?

When a man who has had several sexual assault accusations and built his campaign on the violent assumption that Mexicans are “drug-dealers” and “rapists” can become President of the United States, why shouldn’t they be allowed to brazenly portray their own racist agenda?

When a man who still holds the most important seat in the Oval Office can hold numerous rallies in the middle of his presidential term and use that platform to call NFL players expletives without facing consequences, why should someone who shares his same views be silenced when they are given the opportunity to voice their heinous opinions?

All they would need to do in the face of a public backlash is apologize and ensure anyone who will listen that it will never, ever happen again.

Donald Trump has emboldened his followers to be open with their hatred. If the most powerful man in the United States of America is vocalizing another person’s own personal, racist sentiments why shouldn’t they feel as if they have the upper hand? Donald Trump is boldly backing the racist community and they, in turn, retaliate against another community in his name.

The former Grand Wizard of the Ku Klux Klan, David Duke, invoked Trump’s name at the Unite the Right rally in Charlottesville, Virginia in August of last year.

“We are determined to take our country back. We’re going to fulfill the promises of Donald Trump,” said Duke.

It is terrifying to come to terms with the realization that instead of working to bring this country together, Trump is tearing society apart. With his constant ridicule on national television, Trump is offering undiluted confidence to his followers to actively follow his example. If the President can hurl racial insults on camera and then apologize for it in a series of tweets, why can’t they?