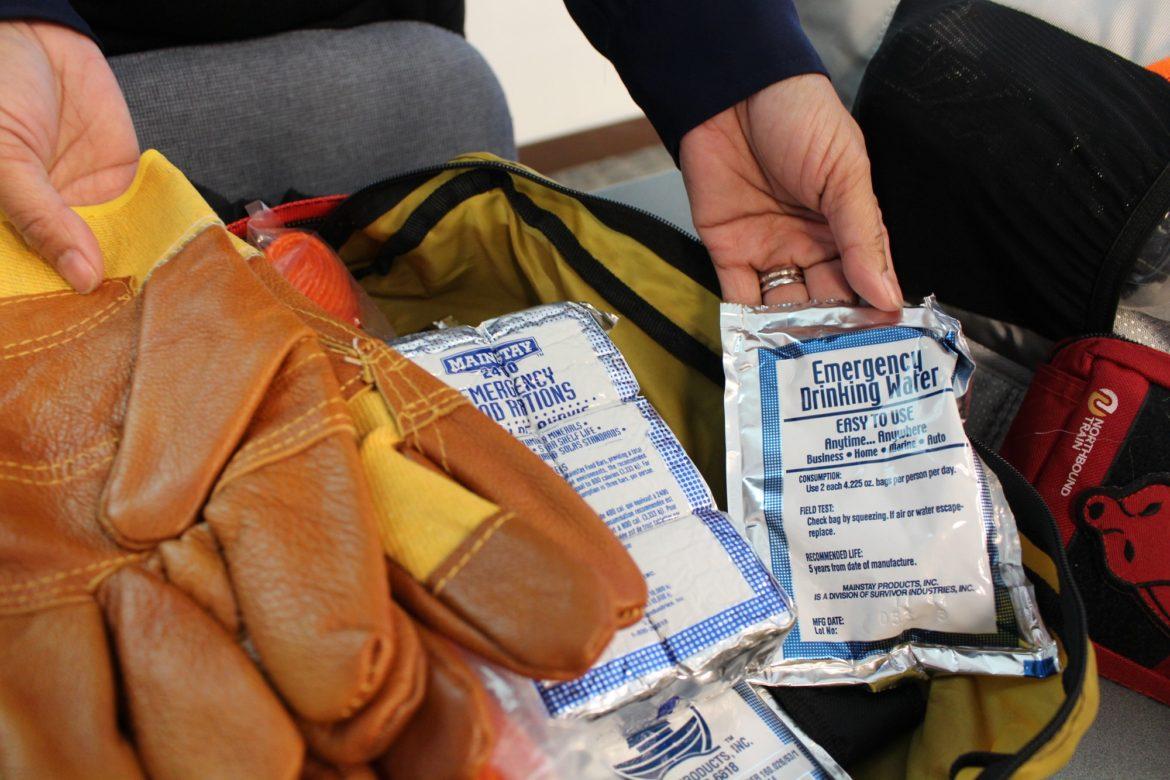 Curtis explains that storing drinking water is the most important thing during an earthquake. "You can buy water bags at any local first aid store... they last up to five years and the taste is no different than bottled water," said Curtis. Photo credit: Yomira Saiqui

CSUN holds workshops in light of the 6.7 magnitude earthquake that struck the San Fernando Valley that displaced 20,000 people from their homes and led to the deaths of 16 people 24 years ago.

In light of the 1994 Northridge earthquake that cost CSUN approximately $400 million in damages, CSUN holds six workshops on earthquake awareness and preparation per semester. They are held routinely by the Department of Police Services for students and faculty to learn from.

“With an earthquake, we don’t get advanced notice,” said Emergency Manager Lisa Curtis. “All we can do is prepare for the inevitable. It will happen — we just don’t know when.”

There are three workshops left through October to the end of November that cover a range of topics from fire and building safety to material preparation. Two upcoming workshops held in October will comprise of a live demonstration of essential emergency items by Curtis, which include emergency food, water packs, portable radios and flashlight devices.

Attendees will learn the steps of creating and using personal, bedside, family, car, office and even pet kits for upcoming earthquakes based on their distinct needs. Issues of safety, hygiene, networking, expiration dates and more will also be covered to ensure all-around preparation.

“The stronger we as individuals can be prepared and informed, the stronger our CSUN community can be to not only respond, but also recover and come together as a community to rebuild, hopefully even better than before,” Curtis said.

The free workshops equip Matadors for the unexpected disasters, while also recommending inexpensive items to create the personal kits.

“It shouldn’t have to cost people a lot of money to take care of themselves,” said Curtis. “You can build it gradually, but start today.”

Students and faculty can register through the Emergency Management and Preparedness department’s official website, where links will transfer users to Google Forms applications. Additional resources can also be found here.