The US government is broken; time to brainstorm ways to fix it 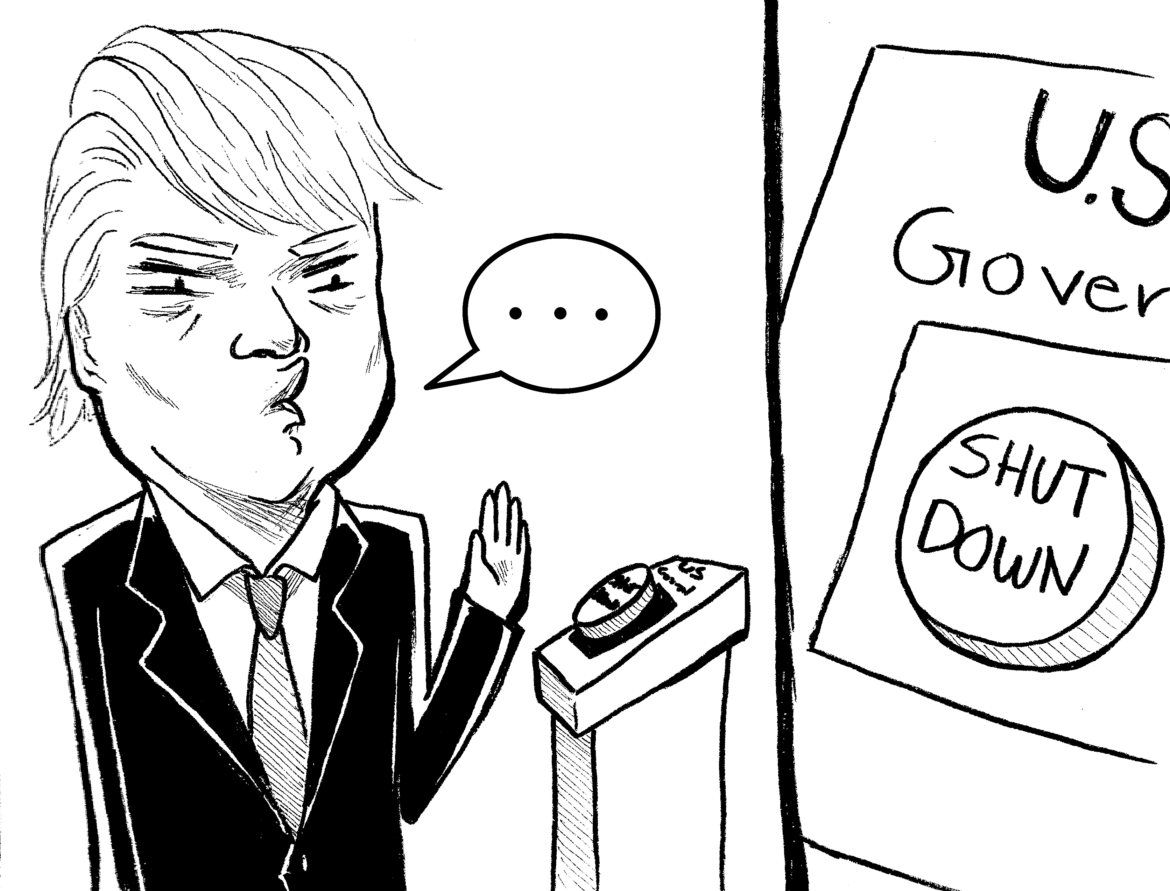 The House and Senate passed the annual spending bill days ahead of the Sept. 30 deadline, and President Trump has pledged to sign it. While I’m glad we’re averting yet another government shutdown, I wonder what would happen if we took measures to avoid future shutdowns.

For weeks, it seemed a partial government shutdown was looming. Trump wants funding for a border wall and has threatened to shut down the government to get it. The new spending bill doesn’t include a wall, but now Trump said he’ll keep the government open anyway.

Is it just me, or does it seem like a government shutdown is always “looming” in recent years? The annual threat of a shutdown has become a great American omen etched in the mythos of our representative democracy. It reminds me of the house words of Winterfell, “Winter is Coming.” Shutdown is Looming.

While the government will remain funded for the next year, it’s unclear what will happen after the midterm elections. If we had issues getting a budget passed with a Republican majority in both the Senate and the House, imagine what would happen if the Democrats take the back House. Personally, I’d rather imagine a better government.

“Let every man make known what kind of government would command his respect, and that will be one step toward obtaining it,” Henry David Thoreau wrote in “Civil Disobedience.”

So what kind of government would command my respect? For starters, I would make our representative democracy more representative. I want to see more educated brown women in blue suits on Capitol Hill.

I would also update our silly old electoral college system. When you factor the population of each state into the number of electoral votes they are allotted out of a total of 538 (435 House, 100 Senate, 3 District of Columbia), what you get is frustration. How are we going to justly divide 538 votes among 325 million people, assuming every documented resident of the U.S. deserves a voice?

Furthermore, I would put the First Amendment on a pedestal with freedom of expression as a launching pad for the creation of a just society. According to an emerging paradigm, freedom of expression can incite chaos and violence. Even if the latter was true, and it occasionally is, we would still value free speech more if we realized it really isn’t free.

While we’re at it, what if we imagined a whole new government? Maybe the problem is we’re not stretching our imaginations enough to envisage a better world.

That’s exactly what Plato did in “Republic”. In a thought experiment with two of his younger cohorts, Socrates outlined his idea of a perfectly just city. It was based on four cardinal principles: wisdom, courage, temperance and justice. The hypothetical city was then divided into three classes: rulers, guardians and producers.

While this model city-state may have served Plato’s version of justice, it’s not for me. For one, there was no place for art or poetry because Plato believed it appealed to passion rather than reason and is a poor imitator of truth. Also, men would share wives and children.

I suppose when Socrates was designing a perfectly just city-state, women didn’t deserve justice. On the bright side, if a poet could successfully argue his merit, he might be invited back into the city.

I think the lesson here is twofold: We can’t let only old white men decide how we live. Even well-intentioned, wise philosophers might marginalize a minority group — or more than half of the population — and think it fair.

The second takeaway is an extension of the first: Even the wisest people can’t appeal to everyone; it’s up to the bright minds of underrepresented groups to point out the flaws and fill in the gaps. Great ideas are cumulative.

The U.S. democratic system is broken and needs fixing. We shouldn’t have to abide a government that is ever on the brink of shutdown. The government already shut down twice in 2018 out of a total of 20 times since 1976. The fact that shutdowns are now somewhat of a status quo is really weird.