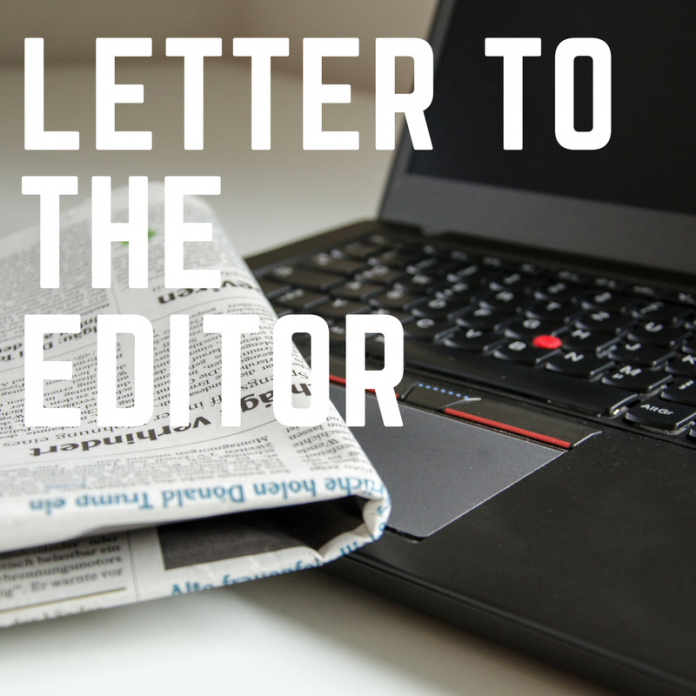 I am on sabbatical and this is an invaluable time that should be spent reading, writing and preparing my next book, tentatively titled “Doing Life and Social Death: Latinx Lifer Experiences in California Prisons.”

Instead, I find myself immersed in the struggle against the implementation of Executive Order 1100-R (EO 1100-R) and Executive Order 1110 (EO 1110). To not do so would mean to acquiesce to processes of dehumanization that construct our communities and our knowledge as disposable.

For marginalized communities, education has been used as a tool of oppression by either denying us an education or providing an education that distorts and/or erases our experiences, promoting a heteropatriarchal and white supremacist reality in its place.

The current struggles at the CSU system in general, and at CSUN specifically, are emblematic of this truth. EO 1100-R and EO 1110 are examples of structural white supremacy.

Whether intentional or not, both executive orders negatively impact poor and first-generation students, which are overwhelmingly students of color. In the case of EO 1110, which does away with developmental math and writing, vital resources are being denied to impacted students.

The histories of racial segregation and disinvestment in communities of color, these students are miseducated and undereducated in the K-12 system, and often find themselves in need of support at the college level to develop essential academic skills.

Despite CSUN’s Academic Senate vote on Oct. 26, 2017 to not comply with the EOs, the university administration used its executive power to implement EO 1110. Part of the rationale is to reduce the time students take to graduate.

This semester we find ourselves in a situation where students who need support are being placed in sink-or-swim learning conditions. Instead of two semesters, math and writing professors teaching these students are pressured to equip them with essential skills in one semester. This is an unreasonable task and an injustice for both professors and students.

At the end of the semester, I anticipate that many of the students who needed to be in developmental courses and were compulsorily denied this opportunity will either fail or professors will feel the pressure to pass them because they understand that by failing them, students become collateral damage in the CSU’s efforts to reduce graduation time.

Regardless of whether students pass or fail, under these conditions the miseducation and undereducation they experienced in the K-12 system will continue at CSUN.

Moreover, although the focus is on the impact on students, another important fact in the implementation of EO 1110 is the disposability of lecturers.

In the case of writing, which I am most familiar with, the stretch courses, which span fall and spring semesters, have been dramatically reduced and students are “encouraged” to self-place in the one-semester, non-developmental course.

While full-time faculty is less affected, for lecturers this means that during the fall they will be offered courses, but less so in the spring. This translates into an impoverishment of lecturers, and thus the diminishment in their quality of life.

In the case of EO 1100-R, the situation is a bit muddier. The original EO 1100 would have done away with Section F, which requires CSUN students to take six units of comparative cultural studies courses. This would have had a negative impact on many courses in Ethnic, Gender & Women’s and Queer Studies, among others.

Last year students mobilized against EO 1100 because they understood it as an attack on the very fields that center our histories, our experiences, and that provides a sense of belonging.

It is through these fields that students become increasingly empowered to create the world they envision. For some of us, including myself, these fields are life-altering and life-affirming.

Because of students’ mobilizations, the Chancellor’s Office agreed to maintain Section F and CSUN President Dianne F. Harrison appointed a group of faculty, staff and students to the GE Task Force, which was assigned to develop recommendations to ensure that CSUN’s general education is aligned with California Education Code.

The task force spent countless hours working during the spring semester and made their recommendations at the end of May. We assumed the administration and Faculty Senate would move forward with the recommendations.

Instead, on Aug. 28, 2018, President Harrison sent a message to the campus community that the Chancellor’s executive orders are law and that she is going to use her executive power to ensure CSUN complies. There are several issues with this process, but given the limited space, I will focus on a few.

The question of executive orders being laws is a point of contention in this struggle that needs to be clarified. Even more, at the heart of the problem is the lack of consultation with those most impacted — students and faculty.

In the case of EO 1100-R, although Ethnic, Gender & Women’s and Queer Studies would be the most impacted, other than the task force — which came after the executive orders and was eventually completely disregarded — we have not been included in any democratic dialogue.

For example, in her memo, President Harrison states, “The week before last, Provost Theodoulou, Faculty President Mary-Pat Stein, several faculty representatives from Senate Executive Committee, the Educational Policies Committee and Ethnic Studies and I hosted representatives from the CO to discuss our status in relation to the EO. After explaining that all 22 other campuses are on their way to compliance, the CO representatives made clear that — even though we have been granted the compromise of keeping Section F — we will still be required to comply with the other elements of the EO.”

In contrast to the image President Harrison presents, Ethnic Studies was not invited. Rather, Dr. Theresa White was invited with less than 24-hour notice and she was not advised that she represented Ethnic Studies.

At the first College of Humanities Academic Council meeting, Academic Senate President Dr. Mary-Pat Stein assumed responsibility for not inviting other Ethnic Studies representatives and stated that she arrived at this decision so as to not raise the Chancellor’s “hackles.”

I am astonished, to say the least, with what ease President Harrison is able to misrepresent reality. But more importantly, it reveals how our fields and, fundamentally, our communities are considered disposable.

While the administration’s mantra is “Section F is saved,” there remains considerable ambiguity as to how this requirement will be implemented under the new GE Breadth. They claim that students will continue to be required to take six units from Section F coursework.

However, EO 1100-R also mandates that “Major courses and campus-wide required courses that are approved for GE credit shall fulfill (double count for) the GE requirements” and “Campuses are encouraged to allow the double counting of the six-semester units of American Institutions with GE Area D Social Science.”

Since nine upper division units are required in sections B, C and D and six units of Section D are reserved for American Institutions, this reduces students’ ability to take upper division Section F courses. Well over half of the courses in Section F offered in any given semester are housed in the College of Humanities.

As a result, this executive order targets the College of Humanities, in particular, Ethnic, Gender & Women’s and Queer Studies, with an inequitable burden. Departments and programs receive funding and resources from the number of students enrolled in courses.

For departments with a robust amount of majors, EO 1100-R is more than likely not going to have a significant impact. However, for smaller departments and programs like Ethnic, Gender & Women’s and Queer Studies, that receive most of their funding from GE enrollment (75-100 percent to 50-87 percent), the impact will be great.

CSUN’s administration has already acknowledged that under EO 1100-R “enrollments could shift.” Therefore, the possibility of shifting enrollments may translate to fewer course offerings, fewer jobs and the dismantling of these vulnerable departments and programs.

The situation is worsened with the requirement to have three units in upper division science. Impoverished and working class, first generation and students of color are disproportionately pushed out from science. This requirement will not only extend the time for graduation but for some students, it may become an insurmountable obstacle.

The administration’s response is that existing courses can be certified to meet this requirement, thus a science course that is not really a science course. But we continue to ask, what purpose does this serve?

At this point, the administration plans to move forward with EO 1100-R. At best, it will diminish Ethnic, Gender & Women’s and Queer Studies, and at worst it will decimate some of us. In the process, the CSUN administration and the Chancellor’s Office disregard our voices, undermine shared governance and ultimately reinforce the disposability of students, lecturers and our communities.

However, as students, staff and faculty have maintained throughout this struggle, we are not disposable! We will continue to struggle because to do anything less means giving into our dehumanization.

Another University is Possible!

Associate Professor in the Department of Chicana and Chicano Studies