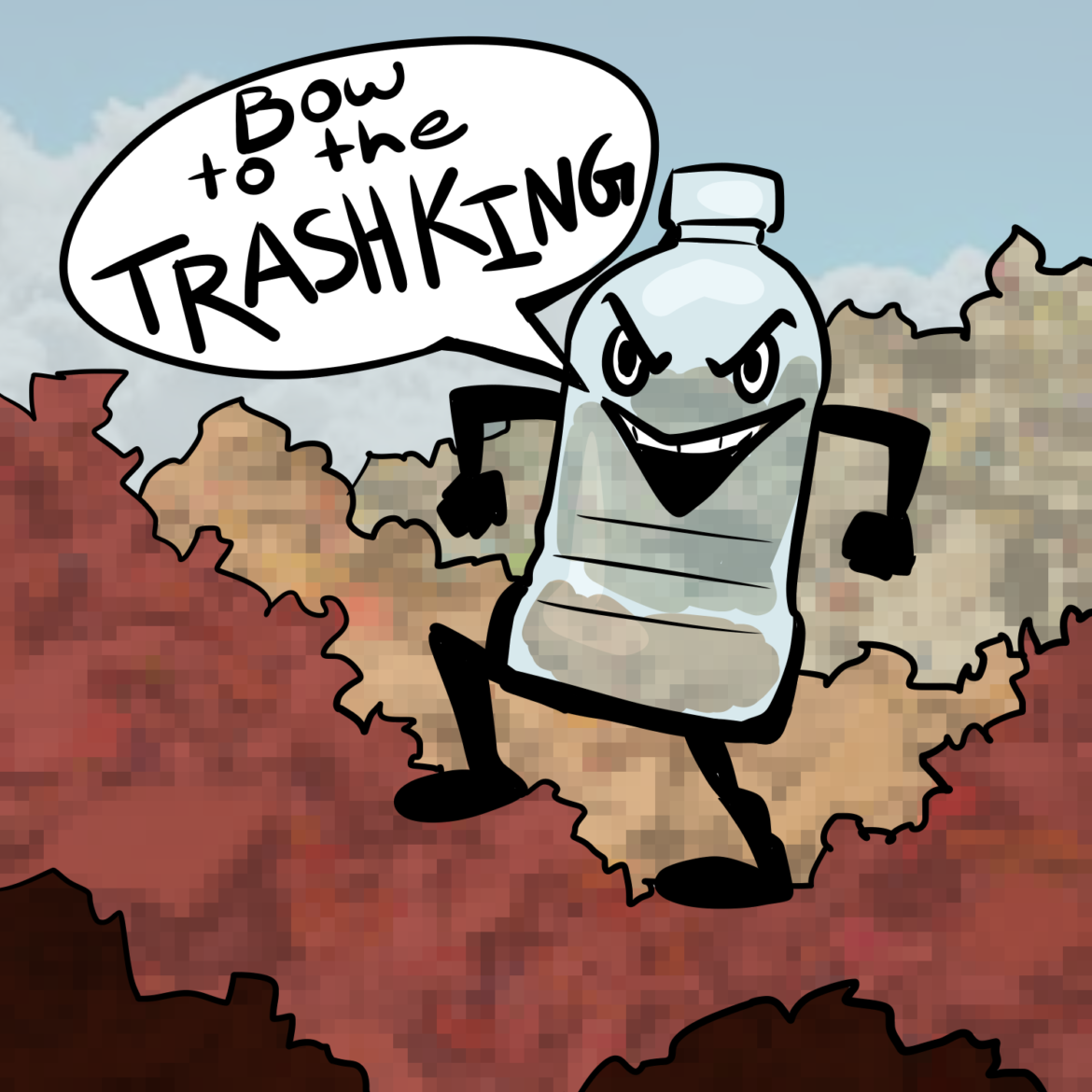 “Hey Dr. Melkonian, haven’t I seen you show up in class with a cup of coffee in a throwaway cup?”

Yes, and my students will probably continue to see that. But I won’t be showing up with single-use plastic anymore. You see, even teachers are capable of learning things, and I’ve been learning something about single-use plastic.

Vox reported that 1 million plastic bottles are sold each minute worldwide. Americans throw away 35 billion plastic water bottles annually and 10 metric tons of plastic fragments are carried into the ocean every day in the Los Angeles area alone, according to EcoWatch in 2014.

Some 5.3 to 14 million tons of plastic, or up to 4 percent of the roughly 330 million tons of plastic produced each year, entered the ocean as trash in 2010, according to a study by Jenna R. Jambeck and her colleagues published in the journal “Science” in 2015. This figure is expected to increase tenfold in the next decade.

Most single-use plastic goes into landfills or finds its way into the ocean. Although most of it will not biodegrade — bacteria and other organisms cannot decompose such substances — it will, after many years, break down into small plastic particles or beads. In the course of breaking down it releases toxic chemicals (substances that may be hazardous to your health, even in small amounts, if inhaled, ingested or absorbed through the skin) that enter the food and water supply.

And then there is the question of what the water bottle contains. According to Infographic, 25 percent of bottled water is just re-filtered tap water. In a Boston University experiment, only one in three taste testers could correctly distinguish the taste of tap water from the taste of bottled water.

Human ecology and consumption patterns are complicated, but it is clear enough that if we are going to tackle the big and growing problem of plastics in the oceans, then the most sensible way to do this would be to cut consumption where it can most easily be cut.

The poorest people in the poorest parts of the globe consume far less first-use plastic and water per capita than people in the most “developed” countries. From the Sahel to Michigan, Bangladesh to Vernon, California, poor people have had little voice when it comes to the big decisions, but they are the first to feel the effects of trashing the planet, and they live and die with the worst of its consequences. Big corporations and their fixers make the big decisions, including environmental policies that the rest of us live with.

This is one of several reasons why more and more climate scientists and groups like System Change Not Climate Change (SCNCC) have no faith — zero — in supposed market-based solutions to the largest-scale environmental challenges confronting us within the time frame necessary.

Consumer research conducted by the Colorado-based company Polar Bottle indicates that by purchasing a reusable water bottle an individual will on average dispose of 107 fewer single-use bottles in the first year alone. Reusable water bottles can last for years, so the benefits multiply. For a map of water refill stations on campus, as well as FloWater refill stations, go to the CSUN Sustainability site.

Another option would be to forego a water container altogether — to go through your day with a light daypack and two hands-frees. There is no evidence that bottled water is safer than fountain water, according to Katherine Zeratsky of Mayo Clinic. So why not make drinking from water fountains “the way we do things” again — like bicycle riding and mass transit?

Whether you opt for fountain water or a reusable container, you are making yourself part of the solution.

What if we set a goal to eliminate single-use plastic bottles from the campus by 2019? The Santa Monica city council recently went much further, voting on Aug. 15 to expand the single-use ban to utensils, cups, lids, lid plugs, stirring sticks, bowls and the list goes on. Other cities, including San Francisco and Seattle, have passed partial single-use plastic bans.

If we achieve a single-use bottle ban at CSUN, with its 39,000 students and it’s more than 4,000 faculty and staff members, this might catch on with other CSU campuses, and beyond.

But there is a special obstacle to a single-use bottle ban at CSUN. As it turns out, the CSUN University Corporation is a signatory of a Sponsorship Agreement naming Pepsi as “exclusive supplier of Beverages” to CSUN. The contract, operative through 2024, stipulates that Pepsi retain advertising, merchandising and promotional rights on the CSUN campus, in exchange for $257,500 to $287,500 per year, plus some free beverages and discounts for events. Pepsi, then, is in partnership with an increasingly privatized public university, preparing the tastes of students — or rather “customers” — for a lifetime of brand loyalty.

According to the Sponsorship Agreement, the arrangement is “in the best interests” of the University Corporation. CSUN students, faculty and staff were not signatories to this contract, but we most assuredly have a stake in it, and it is not a foregone conclusion that it is in our best interest. The university can break the contract with Pepsi. Why not demand that it do so?

If you want to help ban the single-use bottle at CSUN or to find out more about SCNCC, then go to scncc.net and scroll down to “San Fernando Valley Chapter.” Upcoming meeting dates should be posted.

Lecturer in the Department of Philosophy at CSUN