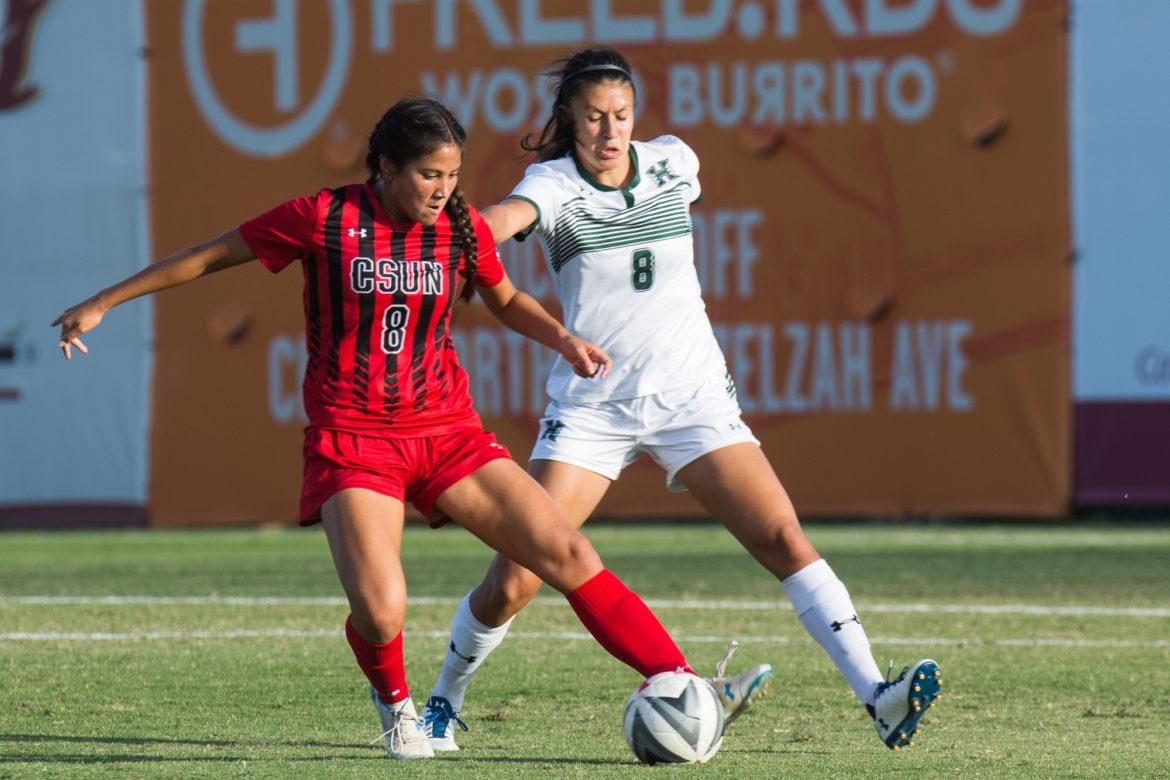 Women’s soccer dropped their Big West home opener 1-2 despite a thrilling last-minute goal sending the game to yet another overtime for the Matadors.

The team lost a road game to conference rival Cal Poly earlier in the weekend marking their first loss on the road this season.

The loss to Hawaii marked the fifth overtime game this season for the Matadors but it would be their first overtime loss.

The team still remains without a win at home in 2018.

The inconsistent energy that Coach Keith West keeps highlighting was apparent in the home appearance. After Hawaii capitalized on a corner kick in the first 3 minutes of the game, the Matadors could not find a way to climb out of the early hole.

Hawaii had plenty of space in the open field to outshoot the home team 7-3 in the first half.

“You gotta play for 90 minutes,” said West. “They popped us real quick and early, and I don’t think we really even played the whole first half.”

In the second half, the team came out with more urgency, and the bench players were just as vocal as the coaching staff. Missed shots from forwards along with broken up passes to the box led the team to frustration. They fought harder and matched the visitors’ five shots in the latter half.

With 10 seconds left, defender Destinney Duron hurried to fire off one last throw in. Defender Lindsay Kutscher was in the perfect spot to head it in with two seconds on the clock. The equalizer goal was easily the most electrifying moment at home this season.

“We’ve been working on those long throw-ins a lot so it was a long time coming,” said Kutscher. ”Destinney’s throw-ins are great and they (gave) us a really good opportunity.”

Both teams were playing with high energy as the first overtime began, but CSUN gave the visiting team too much space to move the ball. A one-yard strike off a deflection gave the Rainbows the victory.

Goalkeeper Amanda Delgado was on almost every shot and racked up four saves. The freshman went airborne on a few occasions to punch shots away from the net, and she was not shy to jump up in a packed box to grab a ball before a possible header.

Again, the team played tough but came up short in their second Big West matchup. Delgado will continue to give the Matadors a chance.

CSUN will look to bounce back when Cal State Fullerton visits Northridge on Oct. 7 at 5 p.m. followed by UC Riverside visiting on Oct. 14 at 5 p.m. to complete the Matadors’ three game home stand.