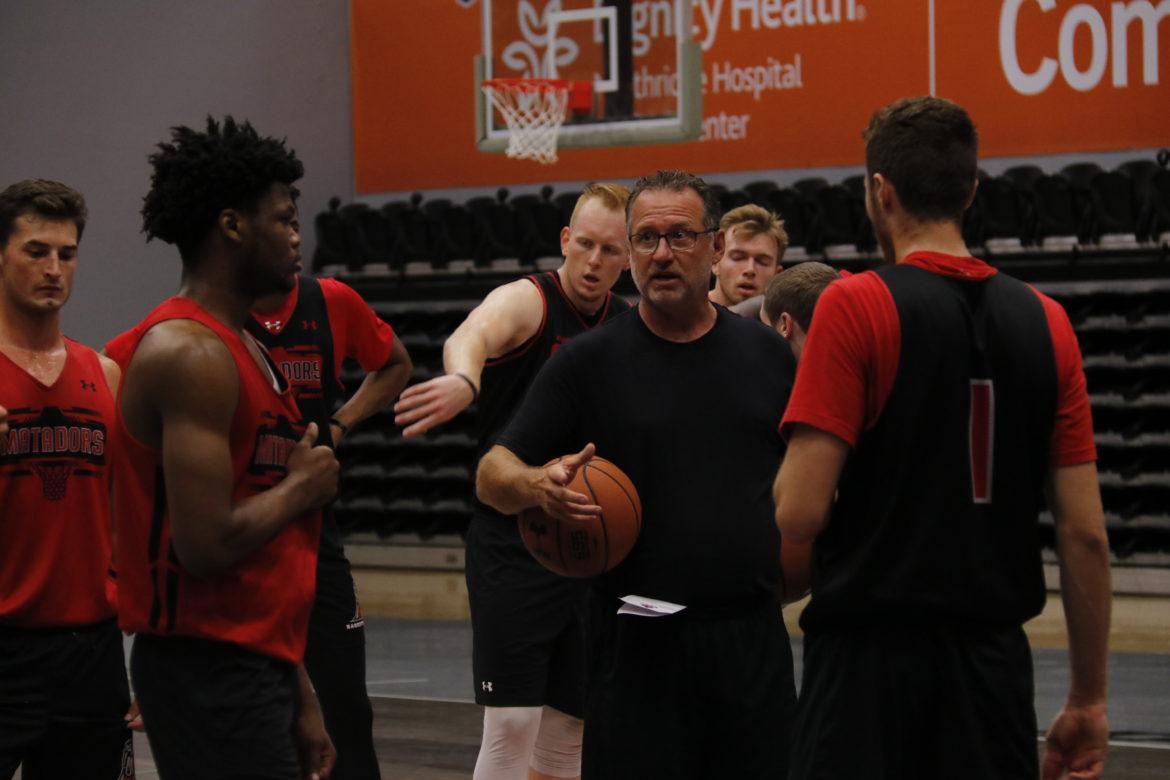 Former SEC coach of the year, Mark Gottfried, is determined to bring in a new era of Matador basketball. With his experienced coaching staff, fresh faces and his own proven track record, this year is certain to be different from years past.

Gottfried has been around the NCAA with success at every stop. From Murray State to Alabama to North Carolina State, Gottfried made the NCAA tournament a total of 11 times with a combined 10 wins in the tournament.

Gottfried also has five conference titles from his time in the SEC and the OVC.

Just last year under Reggie Theus, CSUN basketball suffered from their worst season (6-24) since the program moved to Division I.

The Matadors have only managed two NCAA tournament appearances in school history. The last being in 2009, and before that in 2001.

“Ultimately, we want to play in the NCAA tournament here, we would love to play in the tournament this year and we also recognize the team has struggled a lot in the past, so we have a long way to go to get there,” Gottfried said.

Even after a season like last year, Gottfried is optimistic about the team.

“We’re excited about our young players, we had two players redshirt last year, LaMiane Diane and Jared Pearre, both of those guys are exciting for us,” Gottfried said.

Gottfried has taken it upon himself to massively overhaul the men’s basketball program planned with the intention of making the NCAA tournament.

“We have to change the way everything’s been done here,” Gottfried said. “How we practice, how we travel, how they interact with the other students on campus, academically how our team has to perform much better than they did in the past. I think all those things are related to how your team wins.”

Another part of the men’s basketball overhaul process is adding credibility to the program. In addition to hiring Gottfried, the program has also hired some notable assistant coaches.

NBA champion Mo Williams joins the team for his first year in a coaching position after retiring. The Williams and Gottfried relationship dates back to the 2002 NCAA season where Williams played for Gottfried at Alabama.

Williams was a journeyman playing for seven different teams during his 13-year NBA career. In 2009 he was selected to the NBA All-Star team and won the 2016 NBA championship with the Cleveland Cavaliers.

Former Pac-10 of the year coach Jim Harrick will also join the team as an assistant this season. Harrick is best known from his time at Georgia, Rhode Island and most notably UCLA where he led the Bruins to a national title in 1995.

Harrick’s head coaching record speaks for itself with 470 wins to 235 losses.

Although many aspects of the basketball team have changed over the coming year, one aspect remains the same: the father-son duo.

Many criticisms can come with the idea of a father-son duo coaching and playing together. The son could get too much playing time at the expense of the rest of the team or the son could only be on the team because of his dad — the criticisms are endless.

Cameron Gottfried is eager to dispel these notions.

“I don’t think my dad’s been one to ever favor me just because I’m his son,” he stated. “He has been a big advocate of the guys that play well in practice play in the games. I think my play on the court will speak for itself.”

“We have a staff that has tremendous credibility,” Coach Gottfried said. “I’ve had 10 wins in the NCAA tournament, Jim Harrick’s had 18 NCAA tournament wins. That’s 28 amongst our staff as far as head coaches go, the next closest staff to that in the Big West is Dan Monson with (four) tournament wins and UC Davis has had three wins.”

On the roster side the team has had a big flip. Seven returners will rejoin the team for the 2018-19 season, only three of which saw major time on the court.

The high-point of the team’s veterans is highlighted by point guard Terrell Gomez.

Last year, Gomez proved what he lacked in height he made up for in basically every actual basketball category. Gomez was named Big West Freshman of the Year, leading the conference in minutes and a 46.1 3-point shooting percentage.

“It’s been fun to get to know Terrell Gomez as a player and a person,” Gottfried said. “He’s a returning Big West Freshman of the Year from last year and he’s going to be the guy we’re going to build around because he’s proven it on another level.”

The coaching staff is arguably one of the most notable in the NCAA and with proven winners at every level now joining, the team is ready to put the program’s last few years in the past forever and rush in a new era of CSUN men’s basketball.

The Matadors will gear up for two exhibition games in the Matadome on Thursday, Oct. 25 against Antelope Valley and Thursday, Nov. 1 against Cal State Los Angeles. Both games are set to tip off at 7 p.m.

Gottfried will then get a chance at his 402nd career win in the season opener where the Matadors will host New Mexico on Tuesday, Nov. 6 at 7 p.m. to kick off a highly anticipated season.