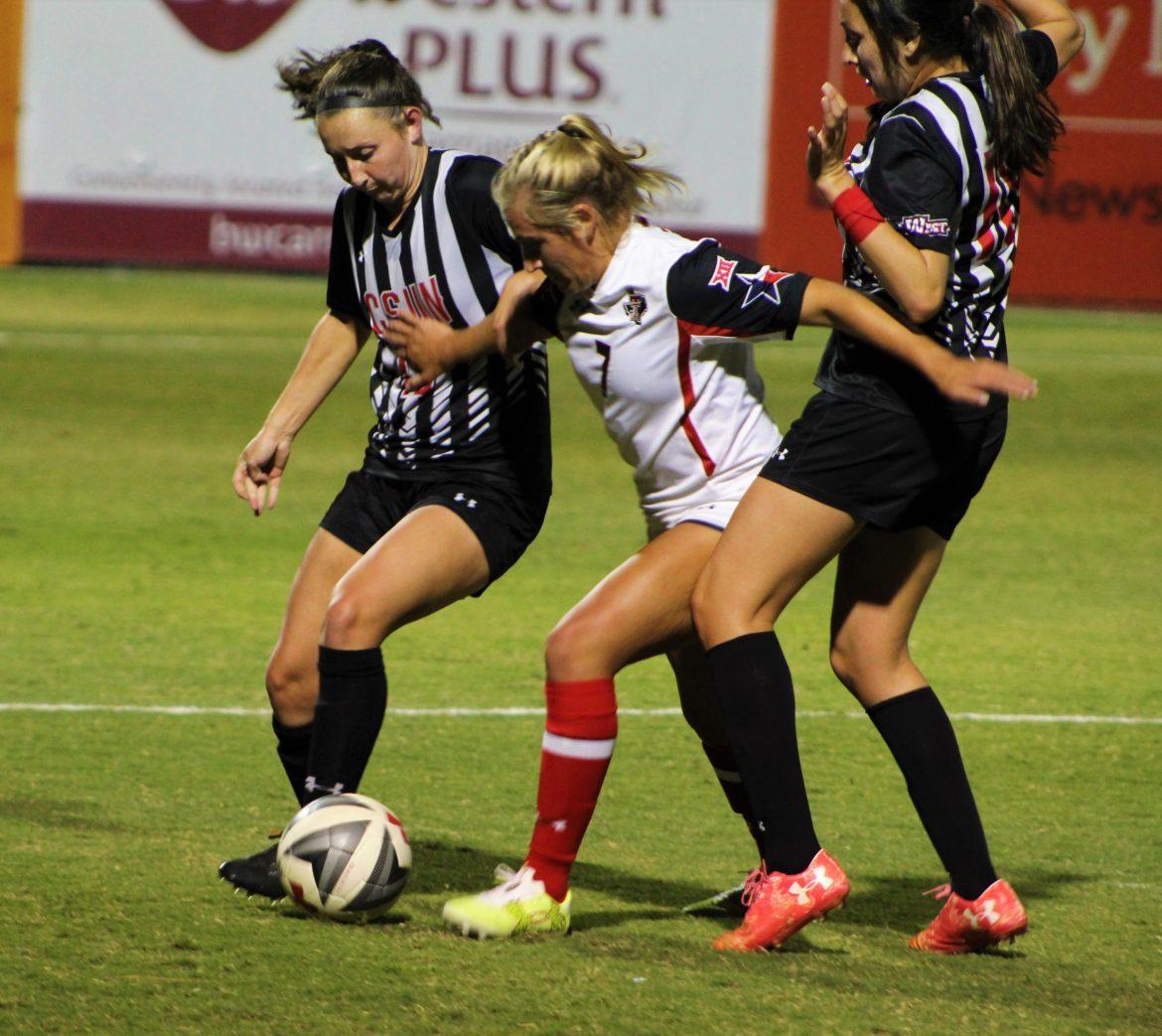 The Matadors found themselves down a goal in the first half. However, the score after 45 minutes of play did not reflect the amount of effort the team was putting forth.

CSUN outshot the Titans 6-2 and kept pressuring any ball handler before they could set up for a solid pass.

The inconsistent energy of the past was nowhere to be seen. CSUN had a new aggression when pursuing the ball. The forward movement and purposed passing gave them plenty of momentum going into halftime despite the scoreboard.

More crosses, faster breakaways and physical one on one battles led CSUN to a dominating second half.

On a throw-in with 16 minutes left in the game, Marissa Favela knocked in a goal during a three-touch pinball-like sequence in the box. Everyone wearing Matador red and black rejoiced, and their energy increased even more.

All night, freshman Alexis White was battling defenders in the midfield to create quality passing opportunities for her teammates. Five minutes after the equalizing goal, she crossed the ball to the center box. Forward Amy Aquino was there to rifle the golden goal past Fullerton goalkeeper Tianna Sanders.

“It’s the best feeling being able to get the ball in the back of the net,” said a smiling Aquino. “And to have your teammates surround you and have fun.”

Coach Keith West was pleased. His team performed as a unit, and the level of heart they showed on the field and the sideline made for a special evening.

“They really came together, and that’s what I’ve been asking all year,” said West. “To do what we did tonight- It’s not easy.”

It took longer than hoped, but the Matadors found a rhythm and energy that could cause trouble for any Big West backline.