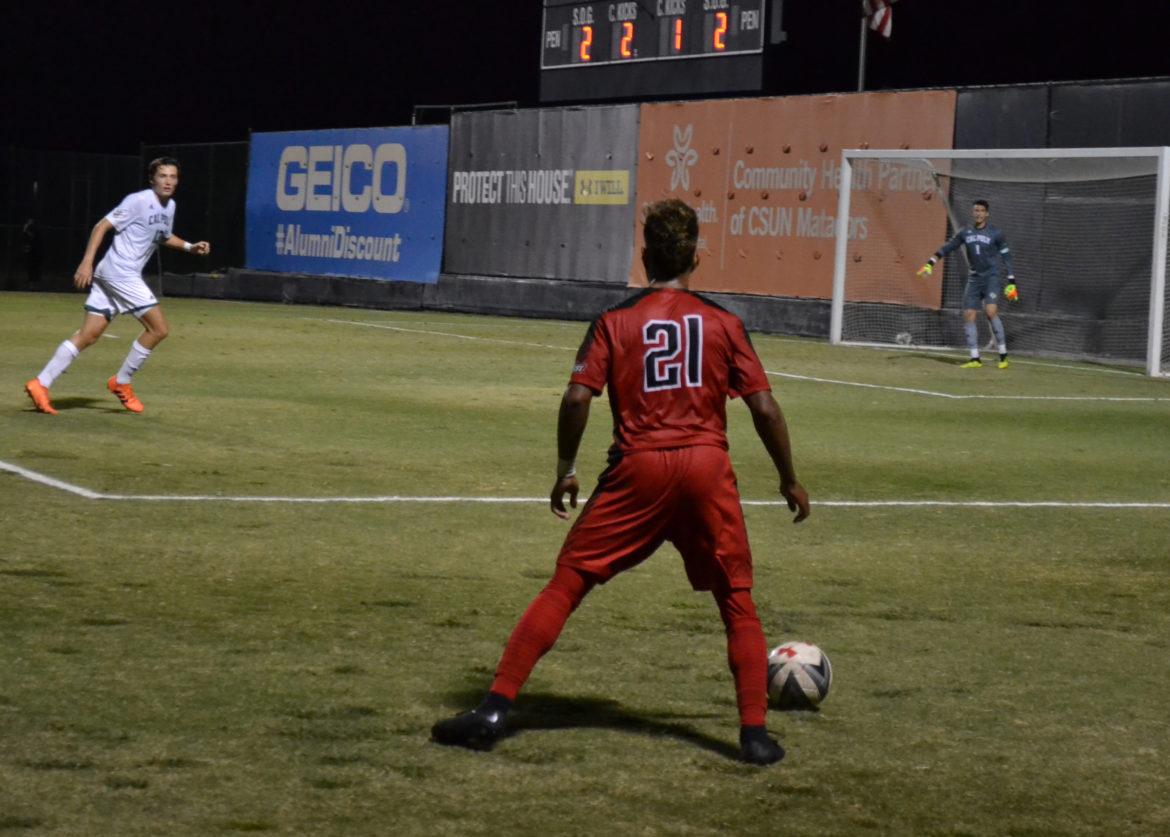 The Matadors had a historic win on Saturday beating Cal Poly 1-0 at home.

The team celebrated with Davila after the game, taking a picture with a sign saying #193 to commemorate the moment.

The game itself was a rough one with both teams committing 13 fouls, causing the game to lose its rhythm at times.

The game’s only goal came after 21 minutes when Michael Flores found an unmarked Daniel Trejo in the box with a cross from the right side.

Trejo headed it into the back of the net for his ninth of the year and second in Big West conference play, but the first he’s ever scored at CSUN using his head.

The sophomore remains top ranked in the BWC with 9 goals and 19 points this season.

The Matadors thought they had a second goal after 50 minutes, but the referee waved it off for offside.

Despite getting shut out, the Mustangs put up a fight throughout the game, creating plenty of opportunities but missing that final touch to reach the goal that would tie the game.

“Every (BWC) game is competitive,” Davila said. “There’s some great coaches in this league with great players.”

After the game, Davila was showered with praise by his players. Senior Andrew Rizeq talked about how “every game he has a great plan, and he’s the hardest worker.”

Trejo, a sophomore, talked about Davila being “very hungry” to get the best out of his players.

Possibly the most significant praise Davila received, though, came from his former player and now associate head coach, Zach Feldman. Feldman played for Davila at CSUN from 2001 to 2005 and talked about this being a “very big moment for him.”

“Of course, I’m very proud of him to make that accomplishment,” Feldman said. “He’s been here I think 20 years and his win average is just ridiculous.”

Their next game will be at home against UC Riverside on Wednesday, Oct. 17 at 7 p.m. before wrapping up the Big West schedule with an away game at Santa Barbara on Oct. 20. at 7 p.m.

The Matadors will return home for the final game of the regular season. UC Irvine will visit Matador Field Saturday, Oct. 27 at 7 p.m.