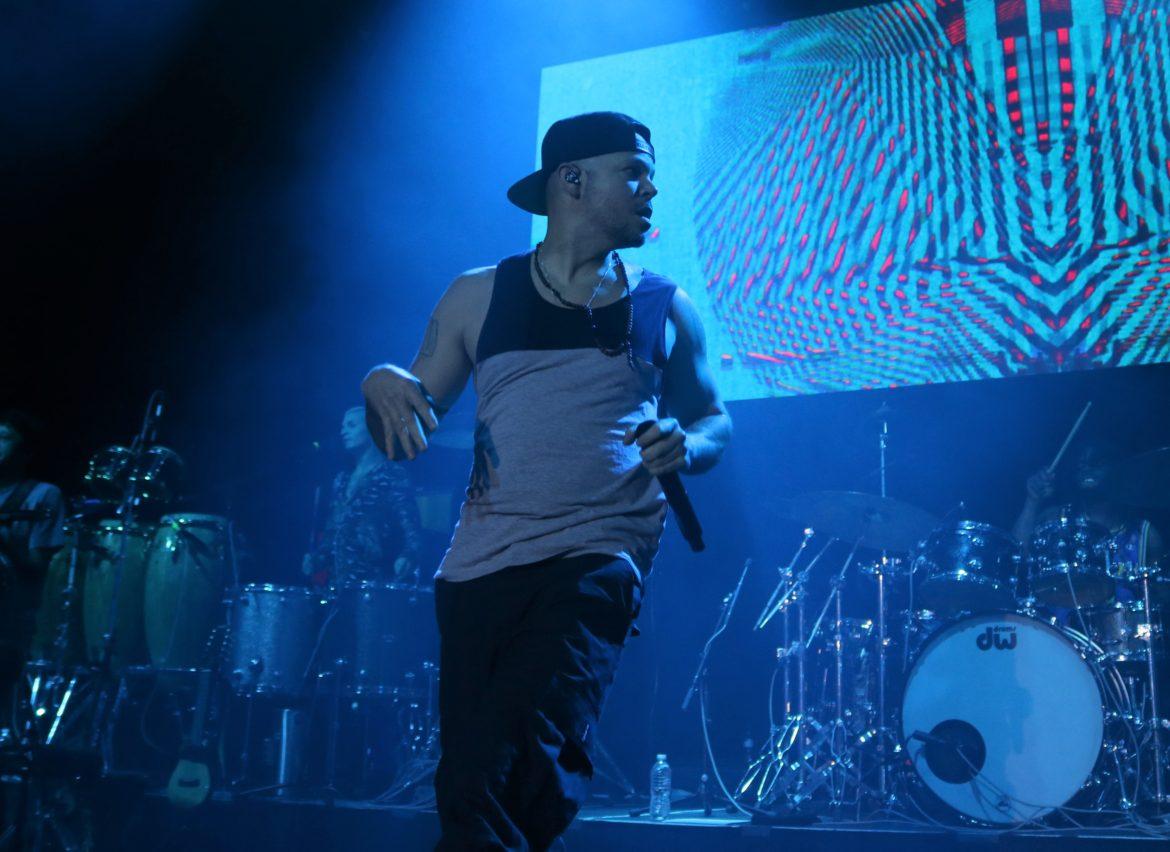 Residente gave a performance to LA audiences after releasing one of the most important projects he has accomplished as an artist.

Last year, the Puerto Rican musician and rapper released his first solo album, titled “Residente.” He is notoriously known for working alongside his step-brother Visitante, and together they make up the duo band known as Calle 13.

His performance at the Hollywood Palladium included songs from his latest album. He opened the show with an instrumental piece by his live band accompanying him in the American tour. The first song, “Somos Anormales,” set a powerful tone with its lyrics talking about finding beauty in the abnormal.

The song “Guerra” personifies the cruelty of war projected in its rough dubstep-like beat accompanied by choirs from women in the Caucasus, and “Apocaliptico” made the audience contemplate the end of humanity followed by a series of abstract images in sync with a chaotic instrumental crescendo that tried to capture an apocalyptic tone. These, among other songs, stood out in the live performance.

“I relate to the lyrics on a very deep level of collective generational trauma,” Saravia said, followed by a mention of Residente’s song “Guerra” (which means “war”) and how his father was a guerrilla soldier during the civil war in El Salvador. “Like Residente’s song says, ‘I am made of war,'” he added.

Saravia said that Residente acknowledges all human races as one big family and that is reflected in the way he mixes genres from different parts of the world in his songs.

On Netflix, fans can enjoy a documentary showing Residente’s process of producing his latest album. He put himself under a DNA test to trace back his ancestry and then decided to visit each country to make one song with the help of locals, inspired by their experiences. The African continent, Siberia, Caucasus and China are some of the places he visited.

Residente has a history of writing songs dedicated to places that are important to him; from dedicating a song to his hometown of La Perla to a beautiful composition dedicated to a whole continent as heard in “Latinoamerica.” He performed the latter at the Palladium after someone threw him a blanket with all the flags of the Latin American continent.

“I am a saint,” Residente said in Spanish, with the blanket wrapped around his neck like a cape. “I wrote the next song from the heart traveling throughout Latin America. Each country gifted me a different verse. I want you all to transport to your countries and remember what your mom used to cook for you when you were a kid.”

Songs like that have made him one of the most recognized musicians in Latin America. He has also taken a stance on other political issues, including immigration in the song “Pa’l Norte.” He has both been nominated and the winner of several Latin Grammys. He made sure to remind the audience during the show that he is not interested in labeling his music nor hearing his music on the radio, even though he doesn’t understand why the radio would want to keep playing the same songs over and over.

He explained in Spanish, “I just hear love and going to the club,” trying to point out that there are many other things artists one can talk about. He does not look at most mainstream rappers in a positive light, referring to them as “raperitos maleantes,” which means “wanna-be bad-boy rappers.”

In one of the songs included in the repertoire, “Adentro,” Residente expresses his dislike of such people; a diss to the rapper/hip-hop community.

Nevertheless, Residente is a humble artist that cares for his fans as much as his music and the country. In the recent presidential election, he stood alongside Bernie Sanders all along. His musical projects have all been involved with themes of resistance with the intention to express himself freely and in the process, hope to illuminate his listeners with the knowledge that they can use.