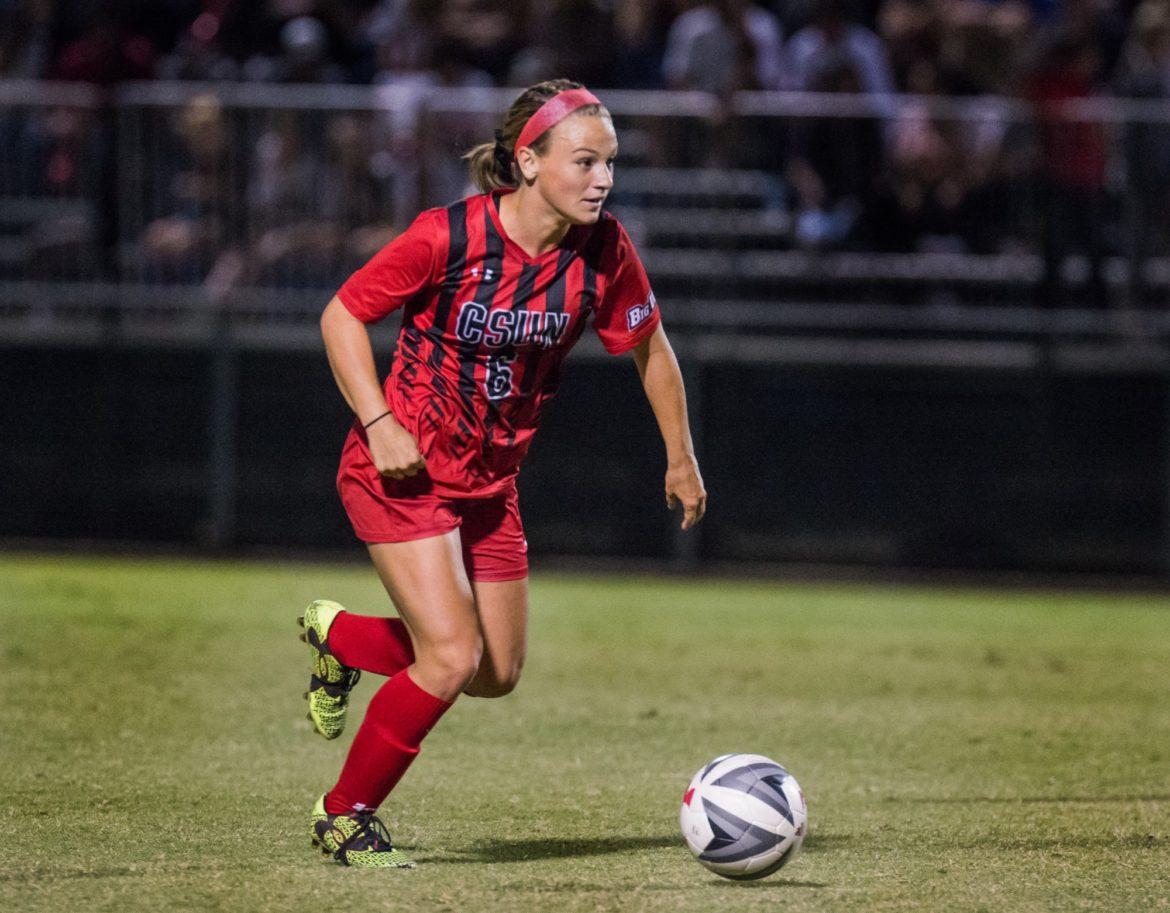 The team (6-5-1, 2-2 Big West Conference) will play a pair of Big West match ups this week. First the team will head south to face the first place UC Irvine Anteaters (7-5-3, 3-0-2 BWC) Wednesday, Oct. 17 at 7 p.m. Irvine has been playing some solid defense as they lead the BWC with just .50 goals allowed a game. The Anteaters also have not lost at home since August but CSUN has a great record on the road at 4-1-1. The Matadors have found themselves on a winning streak and can push it to three with an upset in Irvine. The team returns home for Senior Night to face UC Davis, the final opponent at home in the 2018 season. Davis has only won two of their last 10 games but comes in with a 2-2-1 BWC record. CSUN gets going one last time at home this year Sunday, Oct. 21 at 7 p.m.

The Matadors (2-1-1 BWC) will also play two BWC games this week. First the team welcomes UC Riverside (2-2 BWC) Wednesday, Oct. 17 at 7 p.m. The Matadors are fresh off a 1-0 victory over Cal Poly and will seize this momentum for the final three games of the regular season. Daniel Trejo remains atop the BWC with nine goals and 22 points. Riverside has been outscored three goals to six in BWC games compared to Northridge’s solid seven to four differential. The Matadors will then head to Santa Barbara for a matchup with the Gauchos (1-1-2). Now with a school record 193 wins, coach Terry Davila will look to add at least three more wins to the record for the final games of the regular season.

BWC play has been bumpy this season for the team. They are now 2-5 in BWC games this season but have a two-game home stand coming up. The team has played better in the Matadome winning three of six. CSUN is coming off a four game loss to Hawaii on the big island. The Matadors will have a total of a six days off to shake the jet lag before the first place Cal Poly Mustangs visits the Matadome. Cal Poly swept CSUN earlier this season when the Matadors offense went dead in the water. Only one Matador managed to register more than 5 kills. Cal Poly has swept just about everyone though, eight of their last 10 wins have been sweeps. Cal Poly and CSUN begin action Friday, Oct. 19 at 7 p.m. Following the Mustangs’ visit, UC Santa Barbara will enter the Matadome. The Gauchos have also swept CSUN in Santa Barbara this season. CSUN has plenty of time to get back on track starting with the upcoming weekend.