Review of the week: “First Man” 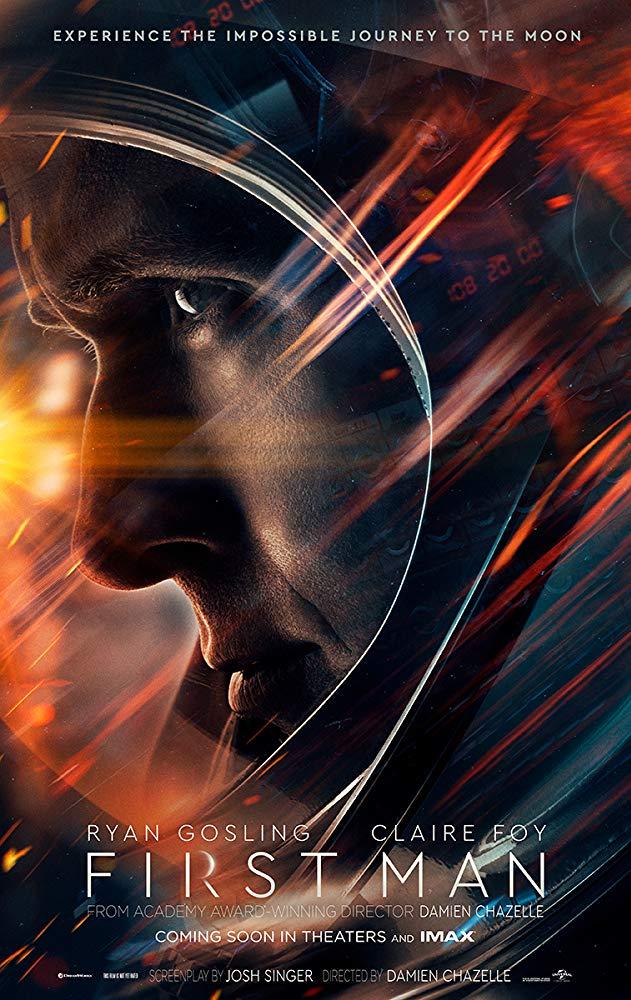 Ryan Gosling has once again chosen a role that has put him in the center of Oscar nomination buzz. Gosling stars as Neil Armstrong in “First Man,” a film about the long road working towards getting a man on the moon.

In school we have been taught the political significance and motivations to land on the moon as well as the obvious technological and scientific advancements made, but what is left out is the strain it put on the personal life of the first man to walk on the moon. The film chronicles Armstrong’s personal motivation to join Project Gemini and the toll it took on his family.

Claire Foy, from Netflix’s “The Crown,” portrays Janet, Armstrong’s wife and mother of his children, who works fiercely to protect her sons and keep her family together after the death of their infant daughter Karen.

Throughout the film, Janet and Neil are seen clashing and often times Janet is left to pick up the slack as Neil becomes more and more withdrawn as many of his coworkers and friends pass away during test runs and the stress of the job takes over.

It is very difficult to add the element of suspense to a film following a storyline virtually everyone in America is knowledgeable about. The film begins in 1960, when Project Gemini first began, and chronicles the nine years it took to accomplish the mission.

They show the many failed attempts throughout the nine years, hoping to embed fear in the audience. This is where the movie failed — had the story been something we were not all familiar with it may have worked, but that is not the case.

Where the movie succeeded was in bringing the emotion to the screen. Gosling was able to portray a grieving parent working through the loss of his child amazingly. We find out early in the film that Armstrong accepted the job working for NASA in order to find a fresh start after his daughter’s death.

Gosling does a fantastic job of showcasing the conflicting emotions someone in his position would experience, and the long road to recovery. The funeral scene in particular and the last scene of him standing on the moon are the best examples of Gosling’s talent in this arena. His journey to find inner peace and the ability to let go of pain from the past was played beautifully. He was in every scene of the movie and did not disappoint.

This movie is much bigger than the controversy surrounding it, from the sound editing to the costuming and set design, and it should not prevent anyone from seeing it.