Culture a l’aztlan: The Red Pears share insight on early success with their second album 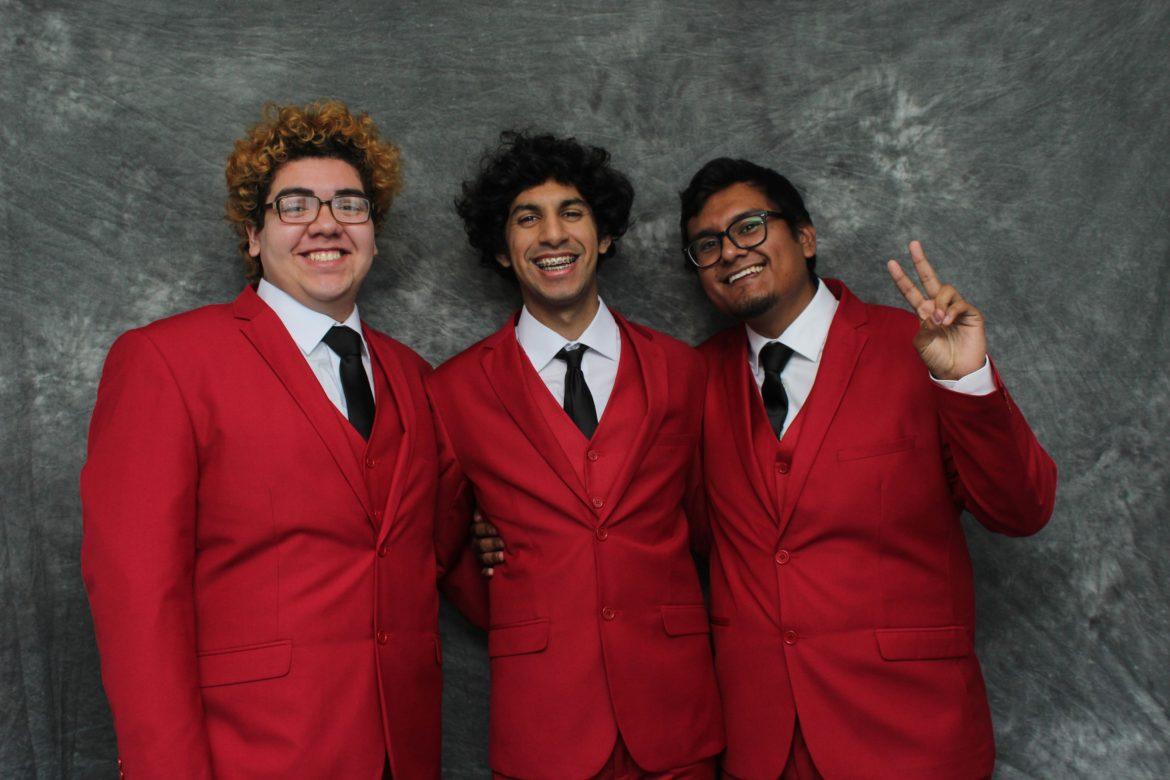 Presented in a colorful painting of a middle-class home, the newest album by garage rock band The Red Pears reflects their upbringing in their hometown of El Monte. Their sophomore work is a continuation of the music they have been producing for a couple of years.

The cover art also reflects the playfulness of the young adults in the band; composed by Henry Vargas, Jorge Corona and Patrick Juarez, these three men from Southern California played at the Tropicalia Fest of 2017, sharing the stage with Chicano Batman, Kali Uchis, and even the infamous northeño band, Los Tigres del Norte.

This month, the band is preparing for their upcoming show at El Rey Theatre in Los Angeles. They will play Saturday, Oct. 27, with other local bands: Jurassic Shark and Spendtime Palace. They are establishing a name for themselves, taking all opportunities as they come.

Jose Corona, the drummer of the band, spoke with The Sundial about the changes the band is personally going through and their upbringing in the region of El Monte and shared his view as a garage rock band that is going through the early stages of their musical success.

The album’s title resembles what someone would say to commence a toast, why did the band choose this title for the album?

Corona: Things were changing compared to when we released our first album. It was all innocent and when things keep running you run through troubles. A lot of changes are happening, one of our members left the band. It’s not the same as when we recorded our first album.

So the album’s title is a reflection of those changes.

How are you preparing to play in bigger venues?

Corona: It’s not that we’re preparing, but we know what we are capable of. We’re in confident in ourselves and in the work we have put out. We are nervous about playing in bigger stages or new opportunities. We don’t overthink that, we just try our best.

What is the music scene like of El Monte?

Corona: In El Monte, there was a bunch of ska and punk bands. When we started writing our music there wasn’t anyone doing it like us. We didn’t know how it was going to be received. We weren’t exposed to band scenes out of El Monte, like what was happening in LA, we didn’t know that.

Where did you guys start playing in El Monte?

Corona: We first played at a church event one of our friends had but then we started playing more around Inland Empire. Friends would tell us about house parties or events going on and we played in some. At the time it was either this or nothing, these were our opportunities to spread our music. Sometimes we would have to play an hour away from where we lived.

What kind of struggles is the band facing at the moment?

Corona: A lot of the issues comes from money. We can’t buy a lot of the equipment we want, and in the beginning that was also a problem. We couldn’t pay anyone to help us record and I know Henry had to work graveyard shifts. He would have to play a show then go home after a concert cause he had work the next day. I am a little more fortunate that my parents are okay with me focusing on music while other members had to focus more on providing for their families.

Corona: Henry is still working. I am still going to school. I go to a community college, and sociology is something I’m looking into but there’s nothing that makes me happier than music.

Henry had the idea of the song because he saw a film and it was inspired by that. They’re very personal songs. If that’s what you guys like it’s awesome.

Are you guys familiar with other musicians playing at El Rey the same night?

Corona: We are close friends with Jurassic Shark. Song-wise, we like their music and it’s always fun to see them play at shows. Spendtime Palace we’re not as close. We just played a show with them a while ago but they seem like really cool people.

Is the band working on more material at the moment?

Corona: We’ve played shows in the state. Hopefully, we can get a good tour pretty soon. Music wise we just have to get time free and record because we always have songs in our back pocket.