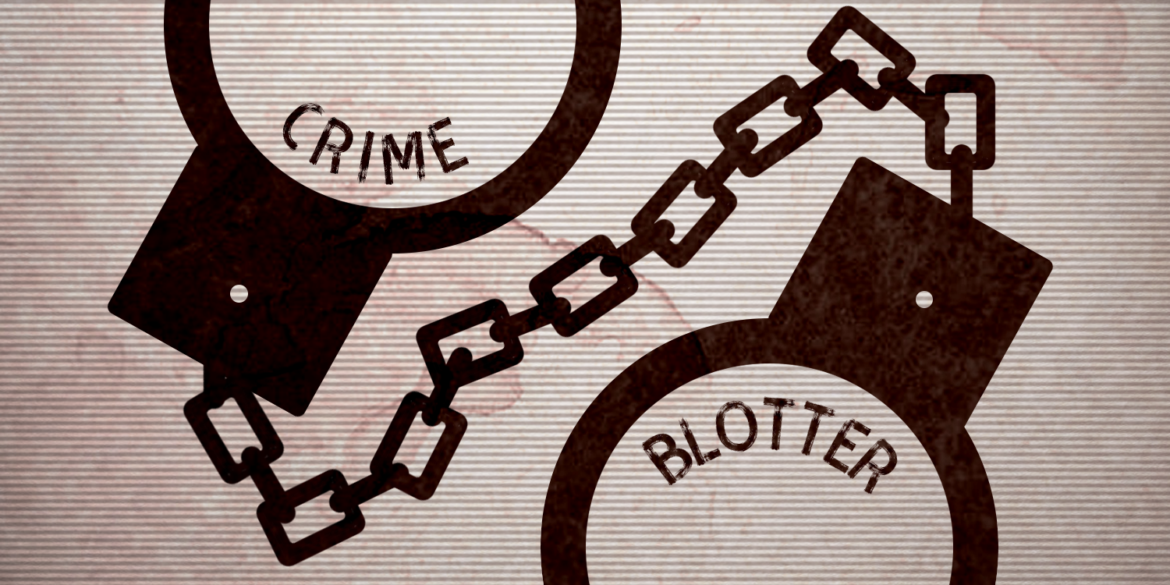 A battery was stolen from a vehicle at Parking Lot F2.

On the fourth floor of a Parking Structure, a battery was stolen from a vehicle.

A black marker was used to write graffiti on the stall wall in the first-floor men’s restroom at Jerome Richfield Hall.

A battery from a victim’s vehicle was stolen from Parking Lot F2 by an unknown suspect.

An Apple TV box and cable from a classroom at Live Oak Hall was stolen between Oct. 18 and 23.

The CCTV camera captured an unknown suspect stealing a battery from a victim’s vehicle on the first floor at Parking Structure G9.

An unknown suspect threw a rock at a sliding glass door shattering it at University Park Building 8.

It was reported that on Oct. 23, a bicycle was stolen at Parking Structure G3.

It was reported that between Oct. 6 and 8 at Cypress Hall an unknown suspect stole cymbals from the storage room.

An electric cart was stolen by an unknown male suspect at UPA 13.

A suspect who made criminal threats at Parking Lot G10 was arrested by CSUN officers at 12:35 p.m.

In the intersection of Zelzah and Prairie, a black marker was used to write graffiti on a plastic sign.