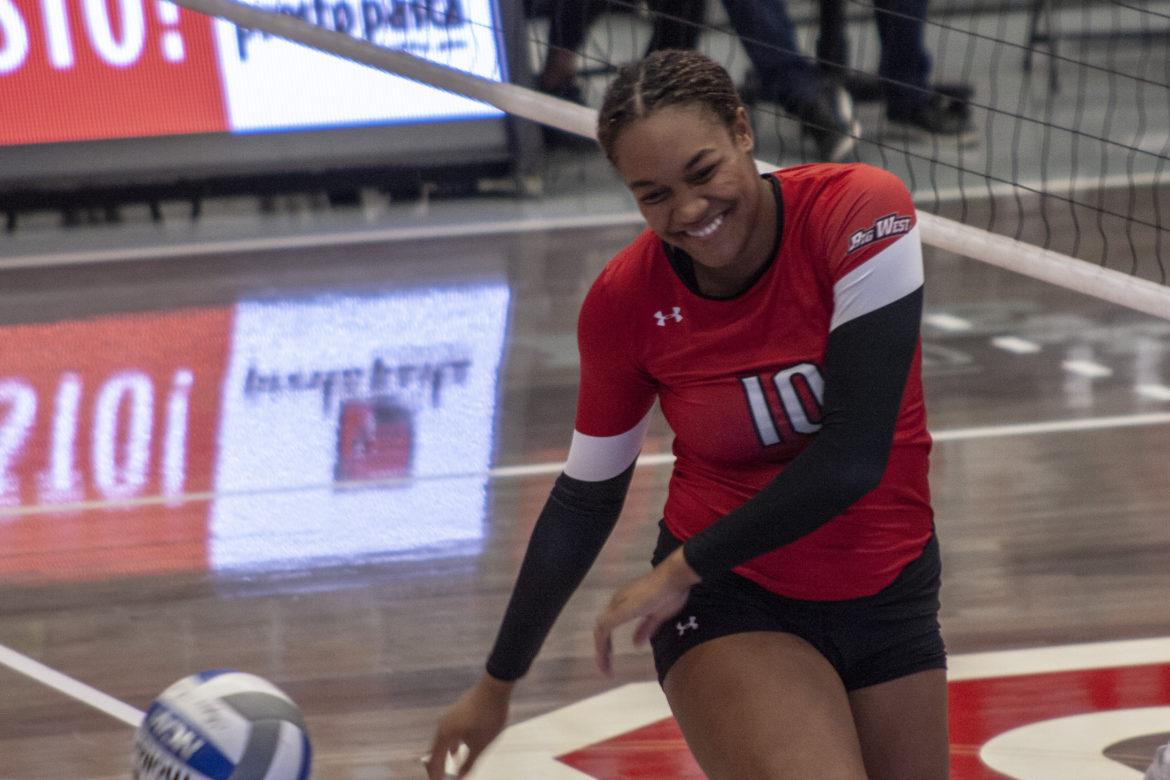 CSUN played well and was led by middle blocker Morgan Salone and Outside hitter Aeryn Owens, who both registered 13 kills. Salone hit .357 on 28 swings, matching her season-high.

“I expect myself to get that (many attempts),” Salone said. “I feel good.”

Salone was everywhere on the net, totaling six blocks, while Owens was one dig shy of her fourth straight double-double.

Libero Kristey Markle battled in the back row racking up 19 digs, one shy of her ninth 20-dig performance.

The two opened up with a tight back-and-forth and after a deadlock at 17-17, CSUN went on a 9-2 run to close out the Highlanders. UCR errors gifted CSUN four of their final nine points.

Riverside almost pulled away in the second, leading by as much as five, but four separate 4-0 runs by CSUN ended the set. Again, numerous UCR errors late in the set gifted the Matadors the second set.

“The fact that we got the second set after being down a little bit I thought was a testament of ‘you win in a lot of different ways'” said coach Jeff Stork.

The two played sloppy deep into the third set. UCR held a three point lead but CSUN managed to tie it 21-21. Finally gaining momentum, the Matadors looked like they would steal another set and the sweep.

However following the 3-0 run, freshman Lexi McLeod served out, followed by Owens hitting into the net, and CSUN lost all of its momentum. A thunderous kill by Owens woke up the crowd, but before given another chance, UCR’s Ashlyn Blotzer extended the game with a kill, ending the set 22-25.

Blotzer was one of four Highlander attackers with more than 10 kills.

CSUN woke up in the fourth set, realizing their opponent would not just roll over. UCR led 3-2 early in the set for their final lead of the game. Northridge nearly squandered the small lead but maintained it until scoring five unanswered, leading them to a 19-12 lead. Riverside’s attack weakened towards the end and a strong CSUN front answered, scoring the last point off a block from Salone and McLeod.

The Matadors will now have a couple days off before their final home game of the season. CSUN will play host to Hawaii on senior night where Owens, Markle, setter Erin Ingermill and outside hitter Nada Dragovic will be honored in their last home games as Matadors on Friday, Nov. 2 at 7 p.m.