Transgender people will not be erased 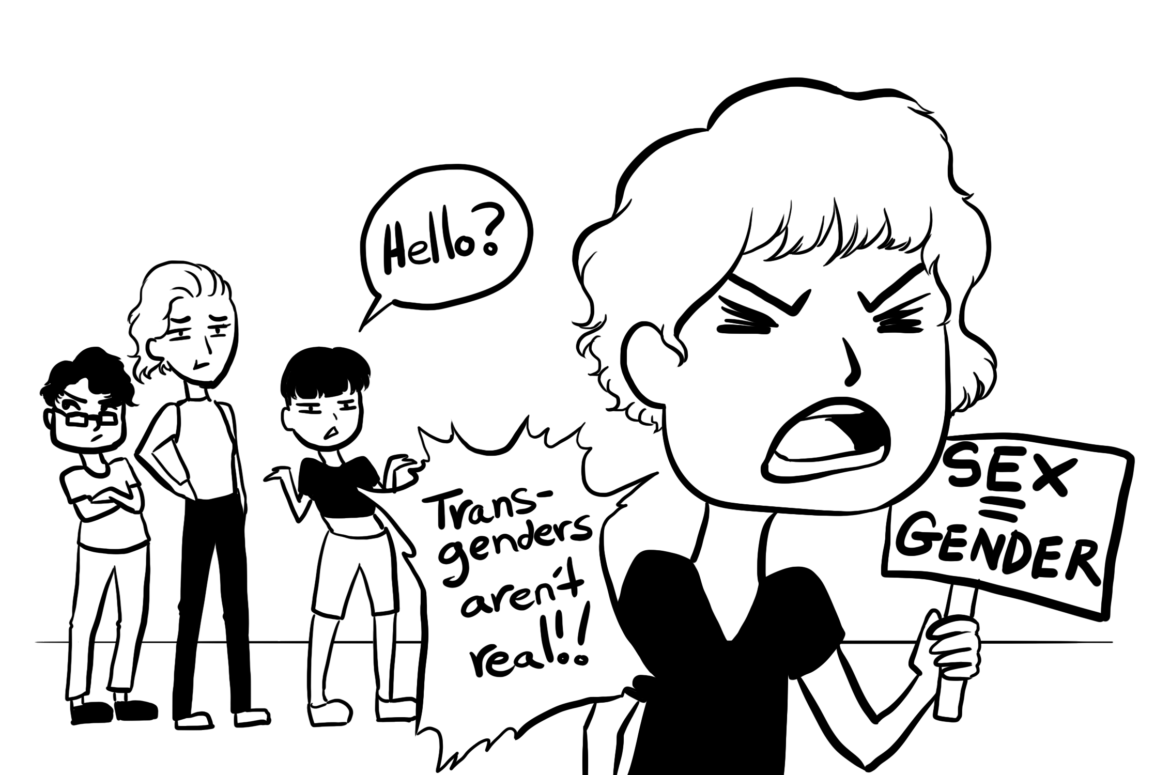 The fight for human rights has been a strenuous uphill battle that has become increasingly problematic since Donald Trump took office in 2016. One of the continuous issues constantly being brought to light within this particular administration is the dehumanization of transgender people.

On Oct. 22, Trump publicized that he and his administration were working to define gender based on genitalia at birth and, in turn, effectively remove any federal recognition and civil rights that were set in place to protect transgender Americans.

One day before Trump’s announcement, The New York Times reported that the Department of Health and Services had just written a memo that was in the process of proposing that gender be defined by a person’s biological sexual organs assigned at birth. This leaves no room for self-identification and would wholly define sex as either male or female. If there were to be any discrepancy later on in life regarding a person’s gender identification, it could only be clarified through genetic testing.

Despite promising to remain on the side of the LGBTQ community, it is still no surprise that the Trump administration is attempting to restrict the ability to self-identify. Backed by a party of far-right Republicans, the highly conservative government has blended the line between church and state and has seemingly forgotten that the two are to remain separate.

Even before this recent administration, there has been an incessant desire to govern people’s bodies. Whether it be in the form of abortion or to restricting sex-reassignment surgery, the government has constantly turned to the bible to spew out excuses to police a person’s choice.

The desire to completely restrict an individual’s personal feelings is absolutely wrong and immoral. No one on this planet should ever think they have enough power to tell someone else that they are less than human for feeling like they are born in the wrong body.

Trump and his administration’s decision to restrict gender as specifically male and female is inhumane and, quite frankly, unchristian. In a country that was built on freedom and the possibilities of further greatness, the inability to call a non-threatening, non-racist individual your neighbor based solely on their personal feelings about themselves only sets this country back.

As a straight cis woman, I can only say so much about this war. What I can do, however, is choose to use my voice on their behalf and that is what I urge others to do as well. I can only imagine the pain and exhaustion transgender people feel by attempting to solidify their place in the world, by trying to make their voices heard.

Everyone deserves a place in this country and in this world. That is non-negotiable. If President 45 is allowed to refuse to publicly disavow Nazis, then people are allowed to identify however they please. I refuse to be a part of a nation that is not synonymous with acceptance. Transgender people will not be erased.